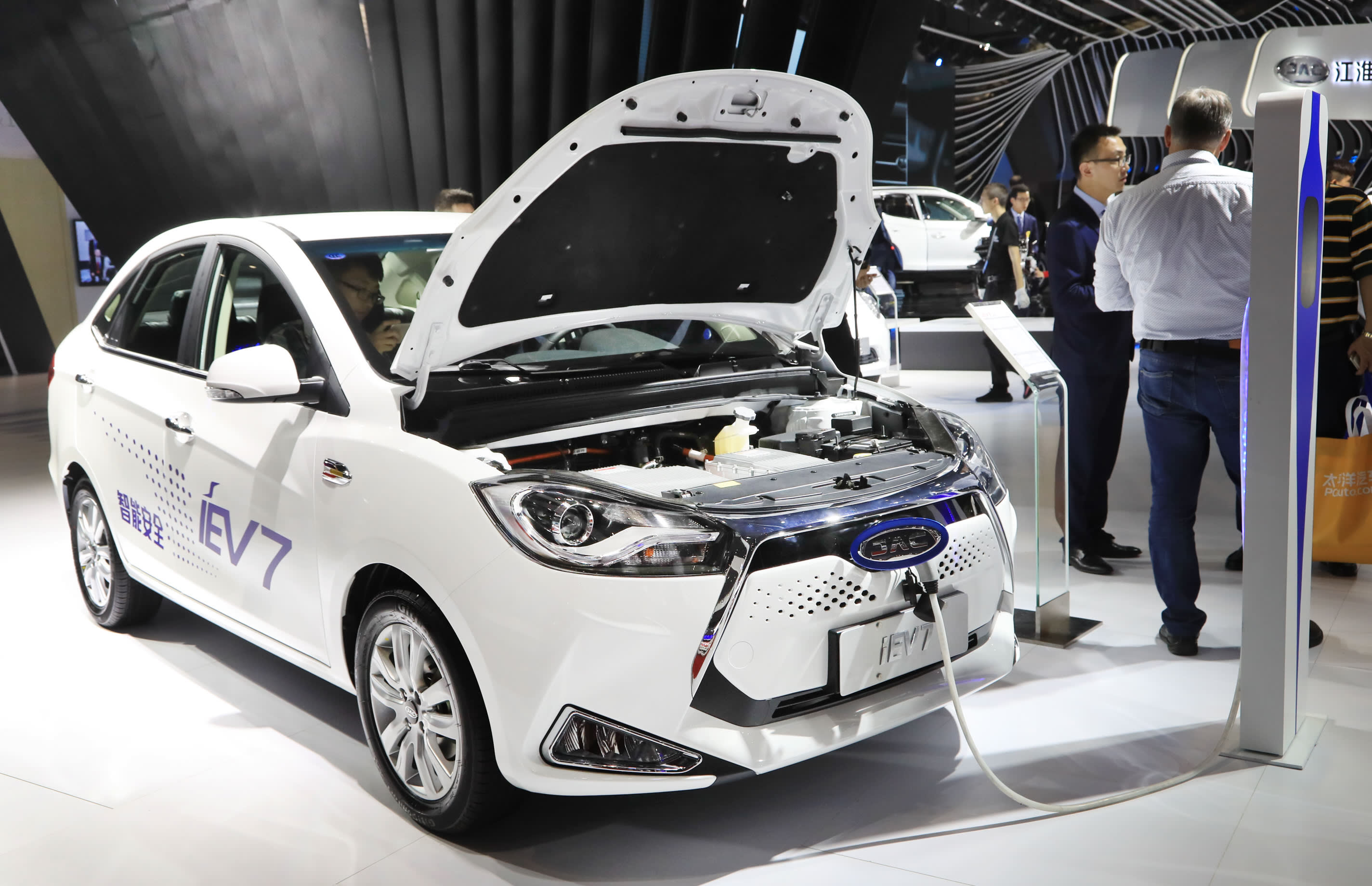 BEIJING -- China appears likely to delay the introduction of a sales quota on environmentally friendly autos by roughly one year from the initial target of 2018, after many automakers said they could not develop the vehicles in time.

Beijing released a plan in September for boosting sales of so-called new-energy automobiles, such as electric, plug-in hybrid and fuel-cell vehicles. The government has been promoting green-car sales with subsidies, but aims to phase out that system by around 2020. The new plan requires such vehicles to contribute a certain proportion of an automaker's sales in China.

The original plan calls for the sales quota to be introduced in 2018 and raised incrementally in the following years for companies above a certain scale, an official at a Chinese auto industry group said. An automaker selling 1 million vehicles in China next year would need green cars to make up tens of thousands of those autos, some experts calculate.

Automakers that miss the target must pay a fine or buy emissions credits from companies that sell more green cars than required. Industry groups appealed to Beijing for an extension because the Chinese joint ventures of many Japanese, American, European and South Korean automakers only plan to launch plug-in hybrids, electric vehicles and the like in earnest in 2018 and thereafter.

Postponing the quota would likely provide temporary relief to many Japanese automakers operating in China. Honda Motor and Toyota Motor are gearing up to launch electric vehicles and plug-in hybrids, respectively, in China next year. Not having to face a sales quota would give them more time to ramp up sales. However, such an extension would not remove the need to quickly introduce new-energy vehicles in China in order to survive in the world's biggest auto market, an official with one Japan-affiliated automaker said.

The quota is unlikely to be rolled out in 2018, a source close to the matter said, but details remain unclear. One official with a Chinese automaker said that he hopes the whole plan will be delayed by one year, but other ideas have arisen -- including freezing only the penalties for 2018 alone, or approving a quota spanning multiple years from 2018 to 2020.

Despite China's subsidy program, which at one time paid as high as 60,000 yuan ($8,820 at present rates) for an electric vehicle, green autos have not exactly caught on. Only around 500,000 green vehicles were sold in the country last year, less than 2% of new-car sales in 2016. Beijing wants to accelerate the spread of environmentally friendlier vehicles, seeking 2 million sales by 2020 and 7 million by 2025.

An eye to Berlin

China likely is weighing the extension partly out of consideration for Germany. As the Asian power opposes Washington on issues ranging from territorial disputes in the South China Sea to last week's move by the U.S. to withdraw from the Paris climate accord, Beijing appears intent on deepening its partnership with Berlin via economic and environmental cooperation.

One official with a Chinese automaker acknowledged that international politics likely will govern when the quota takes effect. The progress toward an extension appeared timed with Premier Li Keqiang's visit to Germany last week for a meeting with Chancellor Angela Merkel.

Partnerships between Chinese and German companies were announced around the time of Li's visit, including a Chinese electric vehicle joint venture involving Volkswagen. One official at the Chinese branch of a U.S. business said that Beijing may have wanted to give the impression of a political honeymoon with Berlin in order to provide a check on Washington, as well as open the door to political compromises.