China leaps ahead in smartphones and appliances: survey 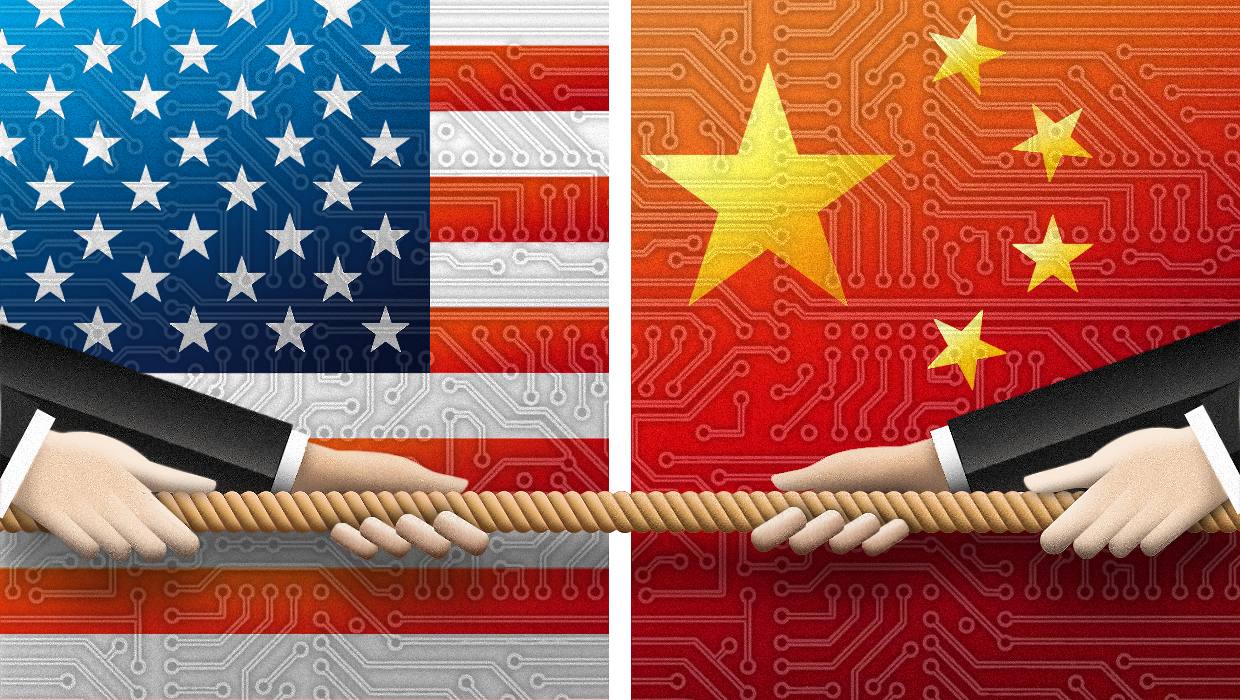 TOKYO -- U.S. and Chinese companies are battling it out for global market share in many industries, with China closing the gap, according to a recently published Nikkei survey of products and services.

In 2017, out of 71 products and services covered by the survey, U.S. companies had the top market share in 24 categories, an increase of two from the previous year. China first ranked first in nine categories, one higher than in 2016.

China is catching up with the U.S. in high technology, setting off alarms in Washington and moves to curb Chinese companies' investment in American tech companies. The U.S.-China trade dispute is likely to affect the fight for global market share in the future.

Beijing is nurturing tech companies under its "Made in China 2025" policy, and this is beginning to bear fruit. China's Huawei Technologies overtook Sweden's Ericsson as the world's largest provider of mobile phone base stations. ZTE ranked fourth in the survey, with both Chinese manufacturers gaining market share by offering lower prices.

Huawei has developed advanced communication technologies, including wireless. It ranked first in Europe in the number of patent applications in 2017. Chinese makers are increasing their market shares by leveraging both their technical skills and economies of scale.

Huawei was the No. 3 smartphone maker last year, and was followed by two other Chinese manufacturers, Oppo and Xiaomi. The three offer both AI-based, high-performance models with excellent design, as well as low-end models, as they try to gain ground on second-ranked Apple. The combined share of the three Chinese companies came to 24.3%, larger than that of market leader Samsung Electronics of South Korea. There are plans around the world to invest in 5G, mobile communications. Chinese companies are trying to establish a dominant position in the telecommunications sector as emerging economies look to upgrade their mobile networks.

Against a backdrop of rising U.S.-China tensions, the Trump administration imposed sanctions against ZTE, accusing the Chinese company of stealing American companies' intellectual property. It is unclear whether Chinese companies will be able to maintain their growth in the sector given that friction.

China has long been dominant in the market for home appliances, such as air conditioners and washing machines. Chinese companies have retained the top share in that product category in 2017. Now there are growing signs of a shift in focus to high tech.

Another area of strength for Chinese manufacturers is security cameras. Hangzhou Hikvision Digital Technology and Dahua Technology held the top two spots, together accounting for 40% of the market. The two companies' AI-equipped cameras are ubiquitous in Chinese cities. The companies have increased their market shares on the back of public works projects. The U.S. lags in this area.

In personal computers, Hewlett-Packard of the U.S. overtook China's Lenovo Group for the first time in five years to become the world's largest manufacturer. Although, HP has faced pressure from Lenovo at the low-end of the consumer market, but it managed to gain share by increasing sales of thin, light laptops aimed at telecommuters.

In generic drugs, U.S. company Mylan topped an Israeli competitor to take the top spot, thanks to sales growth in Europe from new products and through corporate takeovers, including the purchase of a Swedish company. U.S. companies were also the leaders in prescription drugs and medical equipment. Deep-pocketed American players were dominant in health care, which carries heavy costs for research and development.

In 2017, Japanese companies held the top spot in 11 categories, while South Korean companies led in seven, both unchanged from 2016.

Switzerland was the top performer in Europe, ranking highest in five product and service categories in 2017, unchanged from 2016. Of the big economies, only the U.S. and China saw their companies become market leaders in more product and service categories in 2017, compared with the previous year.

Japan continues to struggle to maintain its position in the face of intensifying competition between U.S. and Chinese companies for global market share. It retained the top slot in categories where it has traditionally had a competitive advantage, such as digital cameras and carbon fiber, but it has had difficulty developing new industries of late.

Toshiba, which ranked second in NAND memory chips in 2017, sold off its memory business to a consortium of Japanese, U.S. and South Korean companies led by U.S. investment fund Bain Capital, to plug a hole in its finances.

Nikkei expanded the survey in 2017 to 71 products and services from 57 a year earlier. Market shares for 2016 and 2017 were calculated for all 71 categories, based on estimates from various research organizations and other sources.