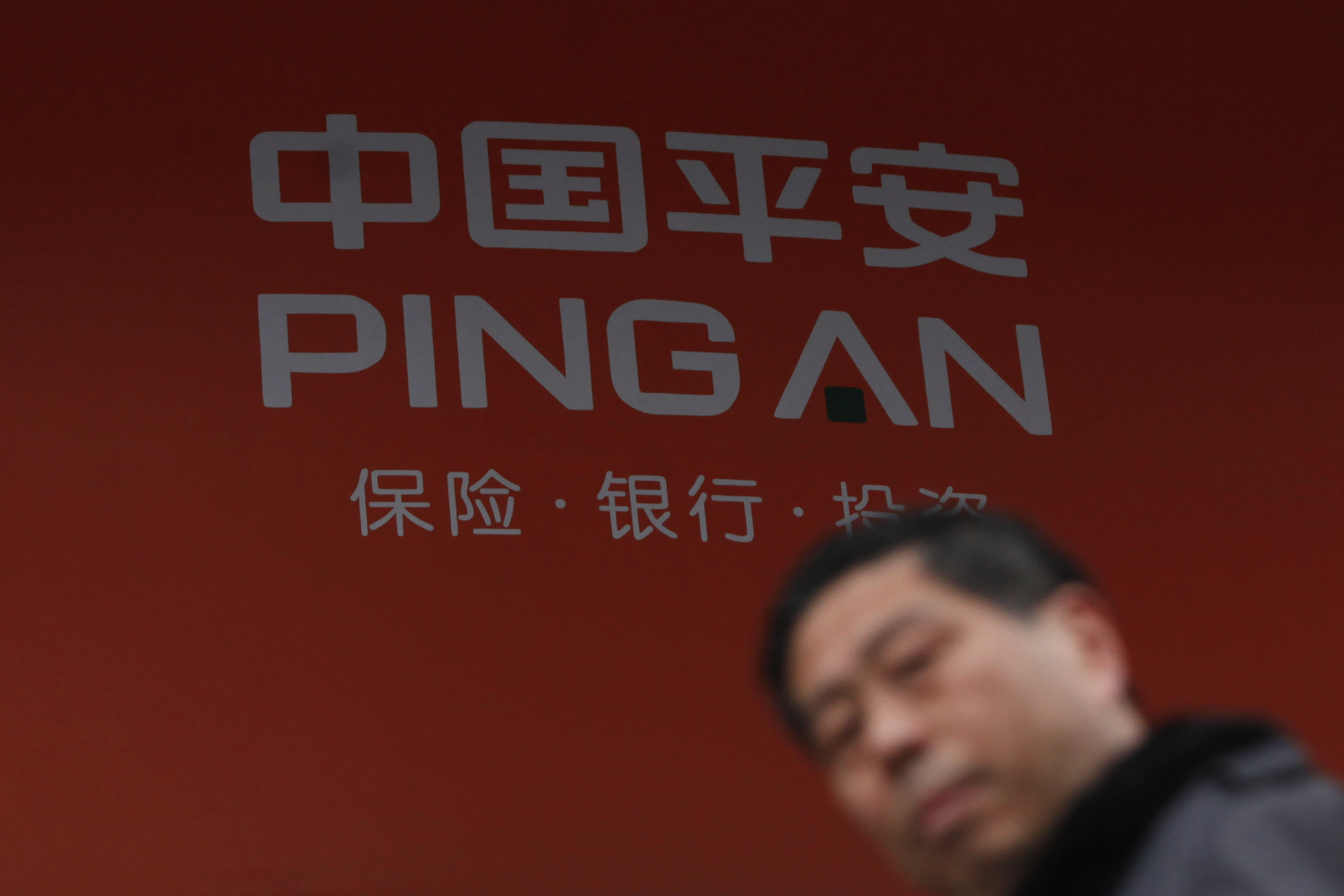 A man walks past a Ping An Insurance building in Shanghai.   © Reuters

HONG KONG -- China's financial conglomerate Ping An Insurance Group is ramping up investment activities outside of its home market as the global race for technological capabilities -- from blockchain to artificial intelligence -- heats up.

The Shenzhen-based company, which launched its $1 billion Global Voyager Fund in May, said it would invest $10-30 million in first-stage companies with an enterprise value of $100-$600 million, and up to $100 million in more mature startups. Each category makes up roughly 30% of the fund that is managed from Hong Kong.

"In general, for direct investments, our focus is on what I'd call the mid-stage startups," Jonathan Larsen, chairman and CEO of Ping An's international investment unit, told a conference sponsored by CPA Australia on Nov. 3.

Larsen was referring to companies that are typically three to seven years old and already have a product or platform, with a business model that is well-defined. That also means the companies should already have some clients and revenue.

"We'd like to be dealing with companies after they have done their two or three early pivots, after they have figured out whether their management can work together," Larsen added. "We need people that have the bandwidth to engage with us."

Another 30%, according to Larsen, will be allocated for special situations. "These are most likely structured and bespoke deals for Ping An," he said. "They could be pre-IPO situations. They could be [multinational corporations] who wanted to divest its division that has relevant capabilities, or could be unique partnerships."

The fund, which aims to have 95% of its assets outside of China, will also reserve less than 10% of its portfolio for early-stage companies. "We are intending to do that through partner funds in geographies [in which] we don't have representation," said Larsen, citing Europe, Israel, the U.S., and some parts of Asia.

The fund made its first bet in September by participating in the 34-million-pound ($44.69 million) financing round of 10x Future Technologies, a banking data management platform founded by the former CEO of Barclays, Antony Jenkins, in 2016.

The deal made Ping An the largest third-party shareholder and "strategic partner" of the London-based company, which is building a digital bank for Virgin Money, a personal financial services provider owned by British tycoon Richard Branson.

Larsen said one key purpose of the fund is "to bring new capabilities through partnerships" to the $180 billion Chinese company that has upended the country's insurance, banking, trust, securities, medical, and auto sectors.

Larsen, who used to head up Citigroup's retail banking, is also the chief innovation officer of Ping An, which according to him, made innovation a key yardstick in performance evaluation.