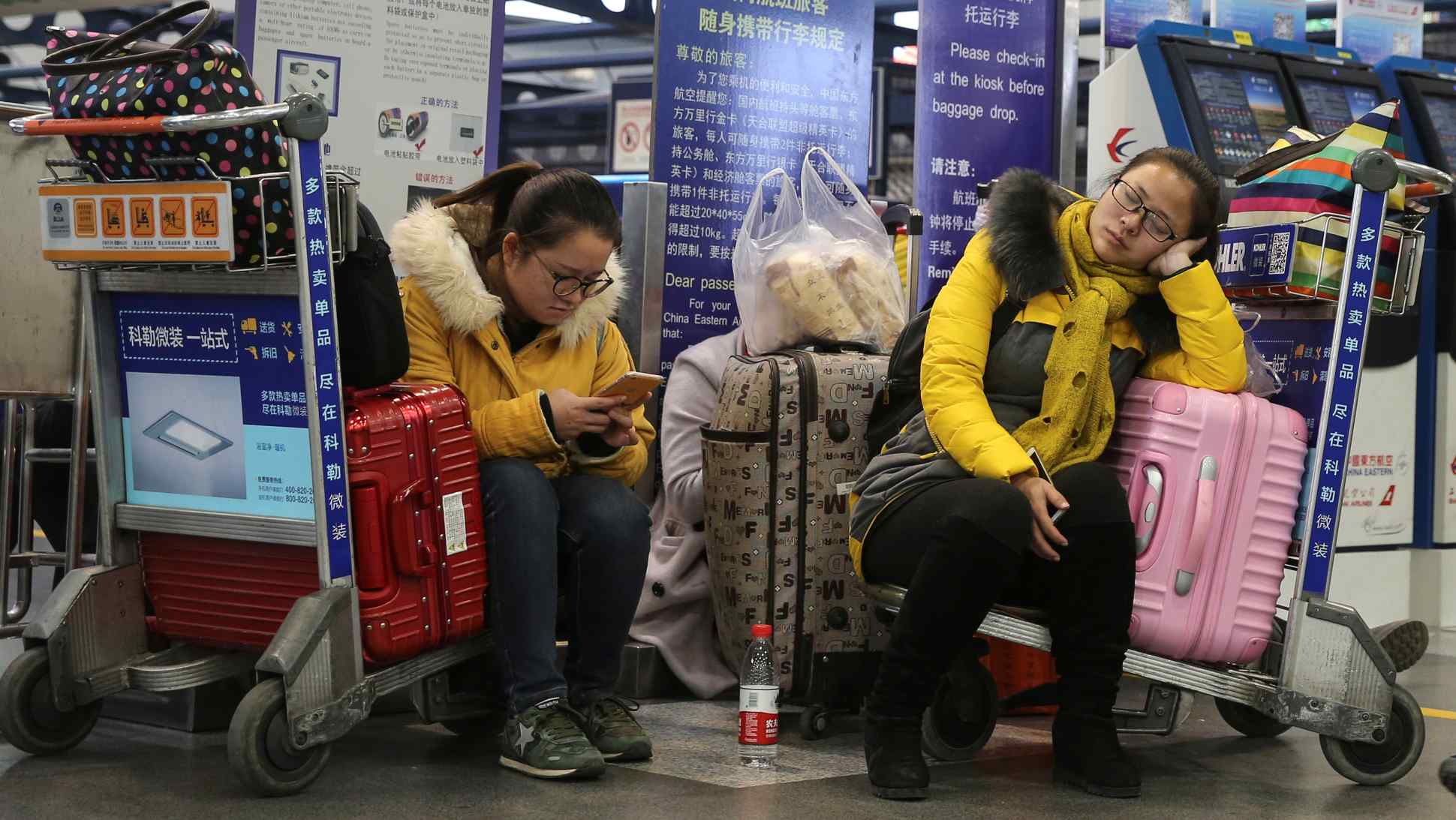 The average delay at Beijing Capital International Airport hit 72 minutes in 2016, up from 46 minutes in 2014.   © Reuters
Business

Since June 2017, China's on-time performance -- the ratio of flights that leave the gate less than 15 minutes after the scheduled departure time -- has fallen below 60%. The sheer number of delays is not the only reason fed-up flyers are increasingly switching to the country's well-developed high-speed rail network. In August, the average delay was longer than at any time in the past four years. 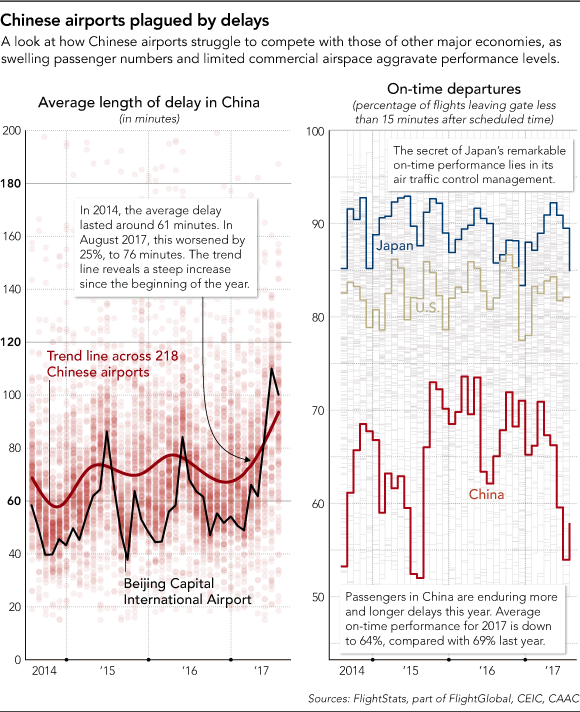 Travelers must now endure disruptions lasting more than an hour and a half, nearly a third longer than the average in 2015.

The country needs to change the way it manages its airspace, according to Joanna Lu, head of advisory Asia at Flight Ascend Consultancy. Currently, flight control throughout China is under the leadership of the Air Force of the People's Liberation Army. Around 80% of the skies over the mainland are thought to be controlled by the military, which gives priority to its own traffic. 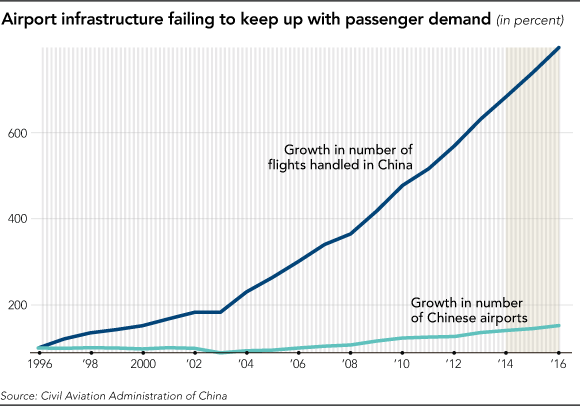 There is also evidence that, since China's economy took off, air travel demand has outstripped supply. The number of civil airports has been slow to increase, though some facilities have expanded. In 2016, the Civil Aviation Administration of China counted 216 airports nationwide, up from 139 in 2000. Meanwhile, the number of passengers has soared 526% this millennium. The president of China's busiest airport -- Beijing Capital International -- said in early September that he is striving for significant improvements in on-time performance. He faces an uphill battle. The average delay at the airport hit 72 minutes in 2017, up from 46 minutes in 2014. One goal would be to raise on-time performance levels to those of, say, Japan: In 2017, the country ranks in the top 10 by shortest delays. If delays occur at all -- the rate is around 11% of flights -- they last barely over half an hour.

Source: The Nikkei Asian Review looked at four years of data from FlightStats, a data provider focused on commercial aviation. The study covered 2,734 departure airports in 220 countries, and more than 200 Chinese airports.