China's beef boom is all about freshness Many shops and restaurants in China are featuring freshly cut beef that is cooked right in front of the customer.
KOSUKE OKAMESeptember 13, 2016 19:00 JST | China
CopyCopied

SHANGHAI -- Beef is gaining renewed attention in China these days. One notable example can be found at Jiuguang Department Store in Jing'an Temple, a popular commercial area in Shanghai.

I smelled appetizing grilled beef the moment I stepped into the food section on the department store's basement floor. Following the aroma led me to Peter's Gourmet, a shop that specializes in Australian beef. Inside a glass showcase fresh meat was lined up. Next to it, several thick, meaty steaks were sizzling on a grill in an open-style kitchen. The store is dubbed a "place to experience fresh Angus beef," and it cooks the meat customers have just bought on the premises.

A 150-gram cut of beef sells for about 80 yuan ($11.98). Customers can choose between rib-eye, fillet and sirloin, among others, in addition to how well the meat is cooked.

The beef is chilled and transported to the shop from a processing factory in the suburbs of Shanghai. The shop takes the cooking method quite seriously and leaves grilled beef to cool for 2-3 minutes to about 70 C before serving it. For seasoning, marine salt and black pepper made in Italy are used.

"We rarely eat steak at home, but it may come in handy as it looks much easier to cook than we thought," said a couple in their around 60 years old from Shanghai who were visiting the store. "It was very tender and delicious," they added.

The operator of Peter's Gourmet runs four other shops in commercial complexes in Shanghai and plans to open more outlets in the future.

Another beef dish catching on in China is called "Chaoshan beef hotpot." Chaoshan refers to the cities of Chaozhou and Shantou in Guangdong Province, an area that has a long history of cattle processing. Local markets carry large blocks of fresh beef that are cut on the spot and cooked in a pot.

Chain restaurants have adopted this cooking style and combined it with modern management and interior design, and they are now spreading across the country. The number of such restaurants has topped 1,000 in Shanghai and Hangzhou, Zhejiang Province, cities where distribution logistics for chilled food are well in place.

Big chunks of beef hanging inside a Chaoshan hotpot restaurant window are sure to catch the eye of the many passers-by. It is also fun to watch an experienced chef quickly and skillfully cut thin slices of beef and line them up on a plate.

As the Chinese economy continues to mature, consumers are looking for more than just good taste. They are beginning to expect higher standards of interior, atmosphere and customer service from local restaurants. Ingredients may be next in line to come under the scrutiny of consumers who may start wanting to know where their food comes from and how fresh it is. 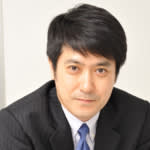