BEIJING -- China's state-owned automakers plan to release eco-friendly cars for around 100,000 yuan ($16,348) in the domestic market, in a bid to cash in on increasing incentives such as government subsidies and infrastructure being developed such as charging facilities. 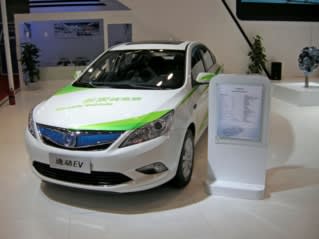 Changan Automobile plans to release Eado EV by the end of the year.

Their immediate goal is to catch up with leading foreign and local private rivals.