BEIJING -- Amid mounting concerns over worsening air pollution in China, Beijing is considering a subsidy program for hybrid vehicles. 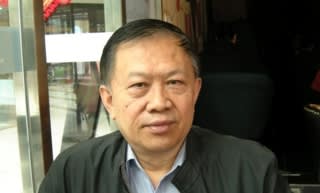 Until now, the Chinese government has offered subsidies to help those who buy rechargeable eco-friendly cars, but it is now studying plans to expand this program to include hybrids, in a bid to curb worsening air pollution in the country.

In a recent interview with The Nikkei, Su Hui, standing vice president of the China Automobile Dealers Association (CADA) and the former head of major new car market Beijing Yayuncun Car Market, spoke about implications of such a policy change for the Chinese automobile market.

Q: Chinese Vice Premier Ma Kai, who is in charge of China's economic policy, has instructed the government to consider the inclusion of hybrid cars in the current subsidy program for eco-friendly cars. What is your view on that?

A: As one of the key anti-air pollution measures, the government thinks it is very important to push greater use of eco-friendly cars. In particular, Vice Premier Ma oversees the relevant policies and thus has enormous influence on this issue. As green cars span wide-ranging sectors, from automobiles to batteries to the environment, they involve a total of nine different ministries. As a result, it will not be easy to coordinate opinions among the ministries concerned, but the vice prime minister will take charge and lead a discussion.

Q: But why hybrids now?

A: Hybrid cars are well-suited to the situation in China. The government has so far put emphasis on spreading the use of rechargeable environment-friendly cars, such as electric vehicles and plug-in hybrids. But the reality is that the recharging infrastructure is far from being sufficient. Under the plans, we are supposed to have had 100-200 recharge stations up and running in Beijing by now, but there are only a few of them at the moment.

Moreover, there are many high-rise condominiums in major Chinese cities, making it difficult for car owners to set up personal home-use recharge stations. Almost all households have their own car garages in Japan, the U.S. and Europe, but 95% of ordinary families do not in China. Besides, automobiles such as electric vehicles are incapable of traveling long distances, which is a concern for a vast country like China. Given all that, I think non-rechargeable hybrids are a pragmatic and suitable choice for this country.

Q: The Chinese government seeks to raise the number of eco-friendly cars in use up to 5 million units by 2020. Do you think this is achievable?

A: Considering the worsening air pollution, the government's response is too slow to achieve that target. The Beijing municipal government says it will resolve the pollution issue within 5-6 years, but citizens are hoping for solving the problem as soon as possible. Therefore, the central government is trying to take a more drastic step by expanding the subsidy program to include hybrids.

Q: Japanese carmakers are leading the hybrid technology in global auto markets. How do you think they will fare in China's emerging eco-friendly car segment?

A: Toyota Motor and Honda Motor have announced plans to produce hybrids in China, so these two companies will likely become the leaders in China's hybrid market for the time being. Chinese carmakers have been focused on EVs, and there is no doubt that they will be at a disadvantage. Yet, Chinese automakers should not sit around and just wait until the government produces specific plans for promoting hybrids. Rather, they should advance their research and development on hybrid cars.

Q: What are some challenges China will face in pushing hybrids?

If the government officially decides to provide subsidies for hybrid buyers, hybrids will likely be accepted as an environmental technology and account for 30-40% of China's entire eco-friendly car market in the future.