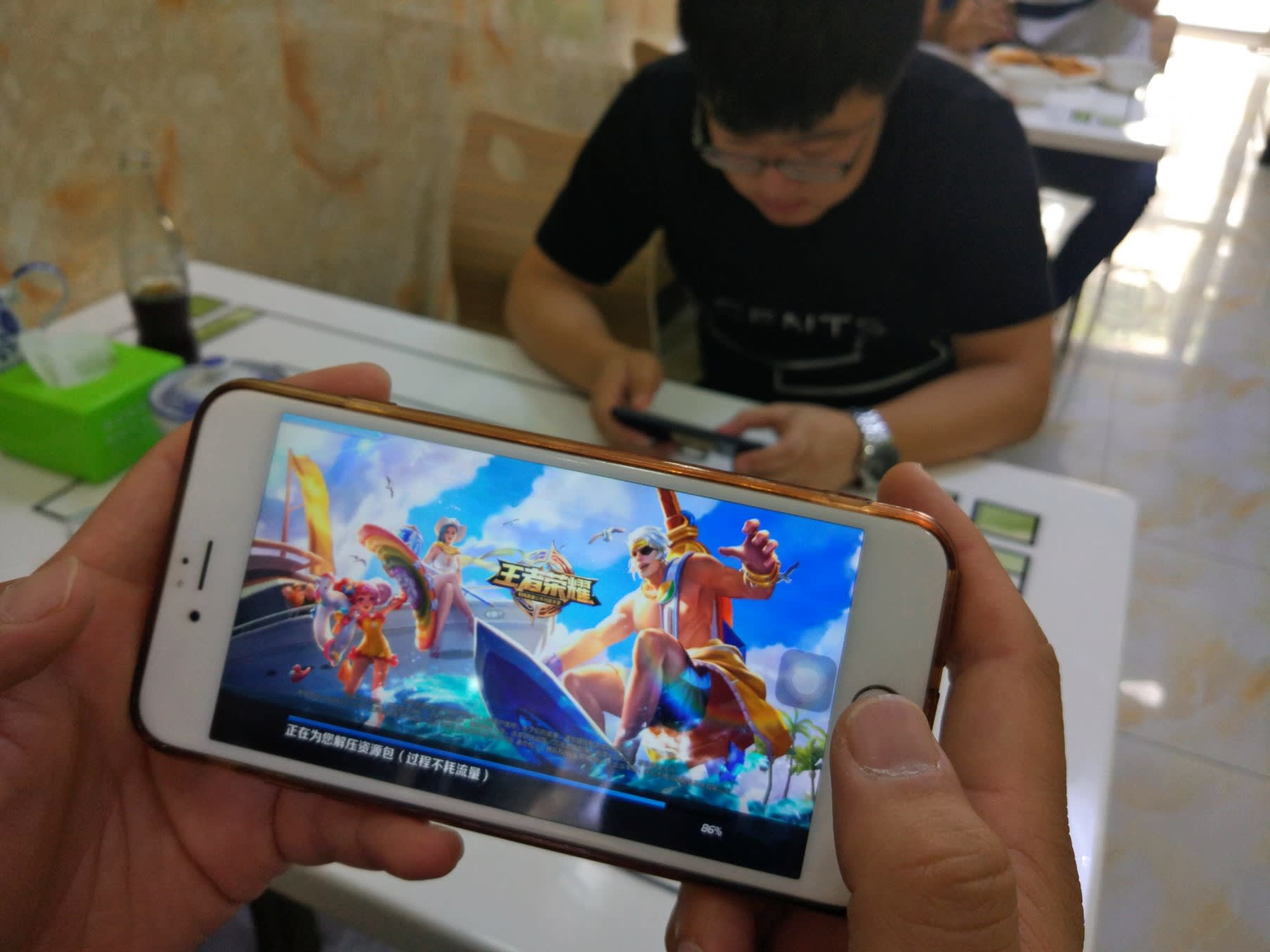 The popularity of Honor of Kings has pushed up the online gaming market in China.
DAISUKE HARASHIMA, Nikkei staff writerAugust 13, 2017 17:00 JST | China
CopyCopied

DALIAN, China -- China's growing obsession with smartphone games has seen the country's online gaming market become the world's largest. But their boom in popularity has led to some unwanted side effects -- and drawn the ire of the Communist Party.

"No! I lost again!" burst out a young man who had been quietly playing a game on his smartphone with two friends at a cafe in Dalian, Liaoning Province.

"Honor of Kings," is a hugely popular multiplayer battle game based on characters from the Chinese classics "Three Kingdoms" and "Journey to the West." The object is simple enough -- destroy the tower in your opponent's territory and you win the game.

If you are prepared to stump up some cash, you can access more powerful characters.

One local woman said she plays Honor of Kings pretty much every day. "The game makes me feel like I am playing with my friends at home," said the 27-year-old. That, she added, "gets me into playing for a few hours at a time."

According to Chinese research company iResearch, the country's online gaming market has been growing at an annual rate of 20-30% since 2011, becoming the world's largest in 2016 at 178.9 billion yuan ($26.7 billion), up 25% from the previous year.

Smartphone games are without doubt the main growth driver, accounting for 57% of all online games. The company estimates that the market will nearly double from 2016 to 324.6 billion yuan by 2020, of which 70% will come from smartphone games.

Seeing large numbers of people frantically tapping away at their phones in restaurants, subways and parks is no longer a rare sight in China.

Fighting games are particularly popular, with Honor of Kings the standout title. Since its launch in 2015, it has been downloaded more than 200 million times and an estimated 80 million play it every day.

One major attraction is the game's multiplayer online battle arena, which allows players to battle together as a team against their enemies.

Another reason for the success lies with the developer, internet giant Tencent Holdings. The game combines the company's WeChat free messaging app, which has about 900 million users, and its WeChat Pay online settlement platform, facilitating both team games between friends and in-game purchases.

The boom has, however, led to a surge in the number of gaming addicts and various social problems such as minors stealing credit cards to make in-game purchases and, in extreme cases, suicide.

The game has earned an ironic nickname punning its title on a phrase meaning "harmful to people."

Faced with either having weak characters or not playing at all, avid fans are prompted to drop money on the game.

In July, the People's Daily, the Chinese Communist Party newspaper, blasted Tencent, saying the game has a negative influence on society and calling on the company to take countermeasures.

Even before the report, Tencent had announced it would limit playing time for minors.

But with investors fearing the authorities would demand further measures, shares in Tencent fell temporarily.

Sales of home game consoles were once completely banned by the Chinese government. Many investors -- and more to the point, gamers -- will be anxiously watching how far it is prepared to go with smartphones.