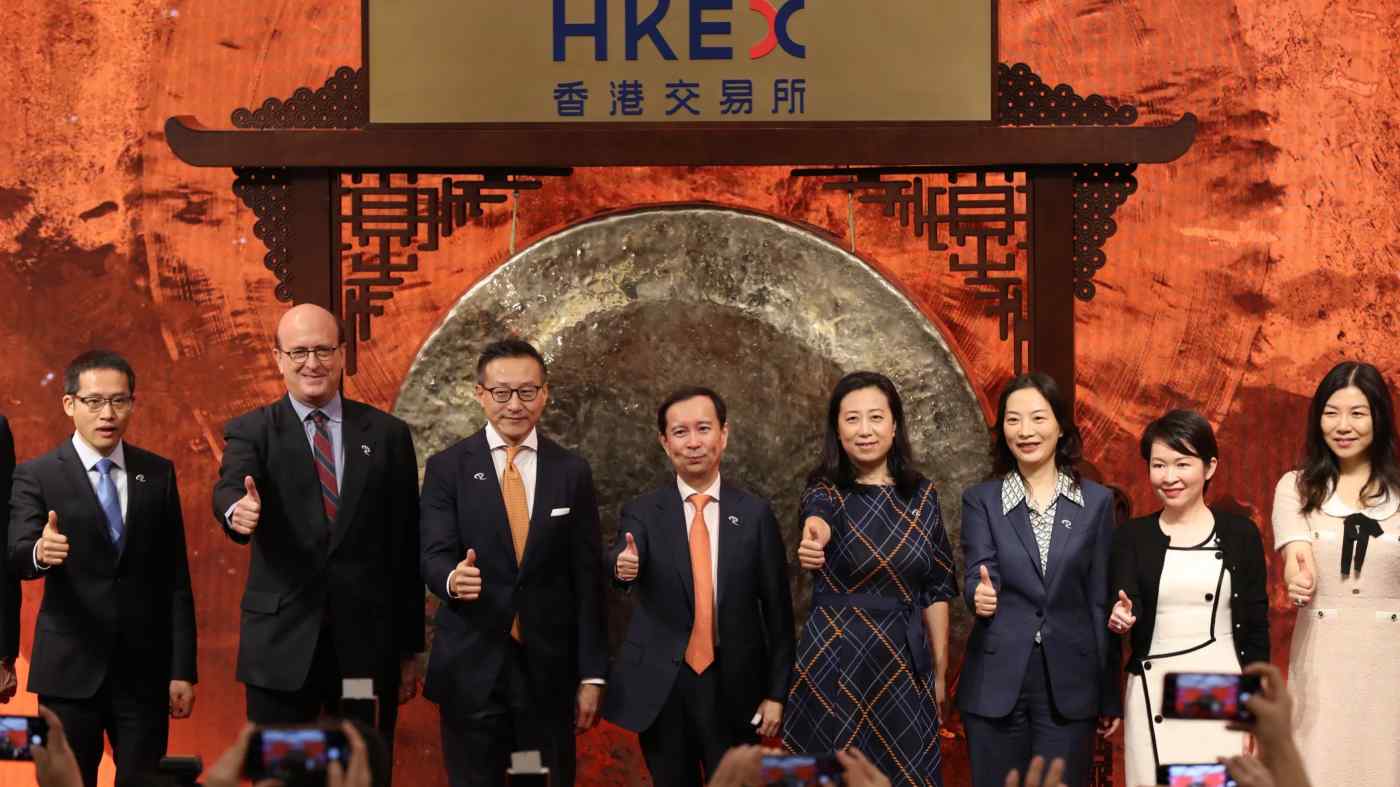 The listing, which comes despite six months of increasingly violent anti-government protests, will give a boost of confidence to the city and also please Beijing, which wants to reassure investors about the financial hub's prospects.

Shares in the company rose to HK$188.90 within the first 30 minutes of trading, up 7.3% from their opening price of $187. The total amount raised could also still climb to as much as $12.9 billion if an over-allotment option is exercised.

Despite the size of the secondary listing, after the New York Stock Exchange where Alibaba also trades, the amount raised is in fact relatively small given the company's massive market capitalization of $489 billion. Nor does Alibaba, which has low debt, really need the cash.

Nonetheless, the placement is of high symbolic value.

It will expand ownership of Alibaba stock to Asian investors who know Alibaba's business better than many in the U.S. It may also lead to Chinese mainlanders being able to purchase the stock, through a trading platform that links Hong Kong to Shanghai.

Beijing has been keen on having Chinese companies "come home" and indeed Jack Ma, Alibaba's founder, originally wanted to list first in Hong Kong, not New York, where its $25 billion initial public offering in 2014 was then the world's biggest.

Alibaba CEO Daniel Zhang noted the company's Hong Kong debut had been a long time coming. "Thank you Hong Kong and thank you HKEX," he said. "Your reform in the past few years has made it possible for us to realize what we missed five years ago." Alibaba chose New York in 2014 after its unusual governance structure failed to win acceptance from Hong Kong regulators.

Alibaba had planned for a secondary listing in Hong Kong in August but postponed the debut in light of the protests. Other U.S.-listed Chinese enterprises are being closely watched for their next moves.

The placement is the biggest on the Hong Kong bourse since insurer AIA Group listed nine years ago. Alibaba's rival Tencent Holdings, another Chinese internet behemoth, is also listed in Hong Kong.

Alibaba's U.S.-listed shares valued the company at $489 billion at Friday's close. Japanese technology conglomerate SoftBank Group owns about 26% of the outstanding shares. SoftBank got in early when the book value was low. Its interest is now worth 13.8 trillion yen ($127 billion), much of it in unrealized gains.