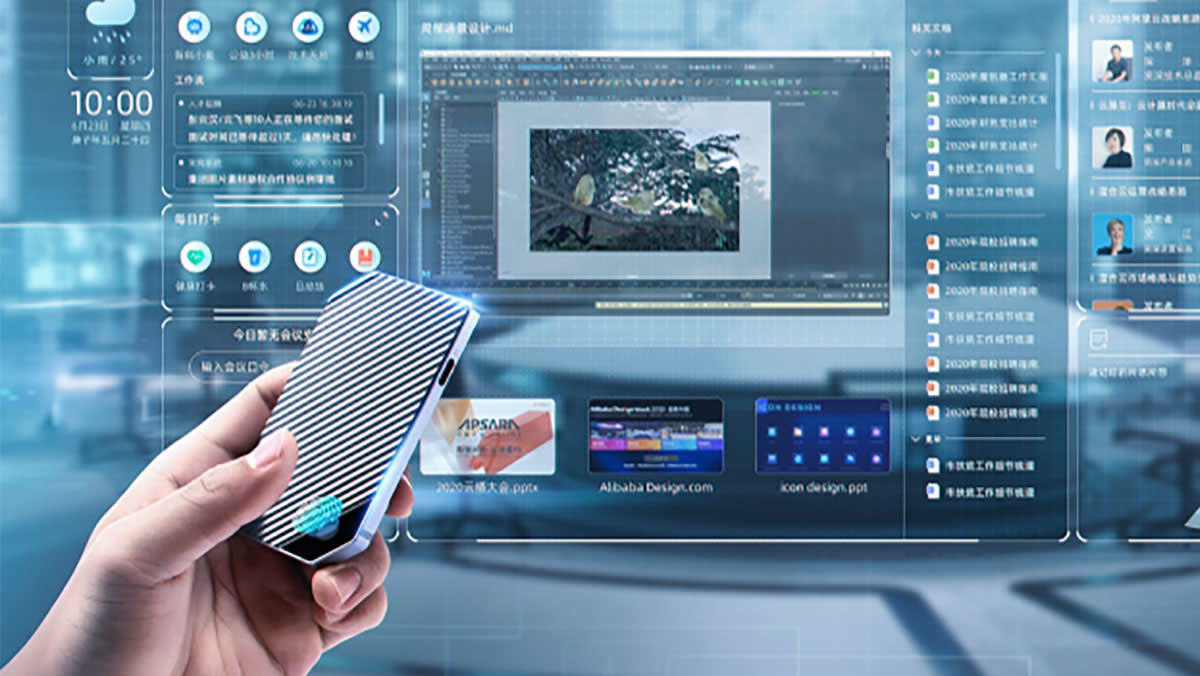 Introduced at Alibaba's annual cloud conference, the palm-sized device is as light as an egg but is able to offer high-performance computing because it stores and process information entirely on the cloud, the company said. By simply connecting the device to a normal computer screen, users can access almost unlimited computing resources, which are paid for either on a subscription basis or based on actual usage.

"We hope our cloud computer can help people access resilient computing power whenever they need to, so they can conduct complex tasks which usually require sophisticated and powerful personal computers, such as video editing, animation rendering, software development, and online customer services, with a tiny personal computer at hand now," Jeff Zhang, president of Alibaba Cloud Intelligence, said in a press release.

Such a service has already been tested by technology giants such as Acer, Samsung and Google, which jointly introduced the cloud-based Chromebook in 2011. Chromebook sales reached 5.3 million units in 2014 and are anticipated to exceed 17 million units by 2023, according to consultancy Global Market Insights. But Alibaba's offering will not face competition from Chromebook, at least domestically, as Google has been forced out of mainland China since 2010.

The move will also enable Alibaba -- already the biggest public cloud service provider in China -- to grab more market share at a time when Chinese retailers, schools and many others are rapidly moving their operations onto the cloud as the pandemic drives home the importance of going digital.

"As working from home becomes the new normal during and after the pandemic, we believe our innovation can also help users more easily enjoy the benefits of cloud computing anytime, anywhere, in a cost-effective yet secure way," Zhang said.

The device, running on multiple operating systems including Windows and Linux, will first be sold to corporate clients. Alibaba, which has outsourced the manufacturing, said its cloud computer will be available on the market "very soon." The company did not give any details on pricing, nor whom the hardware suppliers are.

Revenues from Alibaba's cloud computing increased 59% during the April-June quarter to 12.3 billion yuan, though the segment remained loss-making.