SHANGHAI -- China's leading fintech companies such as Alibaba Group Holding affiliate Ant Group have removed smartphone app features that allow users to shop around for bank deposits that offer high rates, as concerns mount over their impact on the country's financial industry.

Tech giants Tencent Holding and Baidu have also halted the service as of Monday.

Platforms like Ant's Alipay and Tencent's WeChat Pay used to provide side-by-side comparisons of deposit products at different banks. But financial authorities have instructed them to take deposit-related services down, concerned that increased money flows into and out of smaller banks could destabilize the financial sector.

It is the latest in moves by the central government, irked by the increasing power and influence of tech companies, to increase scrutiny over their operations.

In November, the Shanghai Stock Exchange abruptly suspended Ant's initial public offering, which was on track to be the largest ever. Earlier this month, Chinese authorities fined Alibaba and a subsidiary of Tencent for allegedly failing to declare past acquisition deals under antitrust laws. 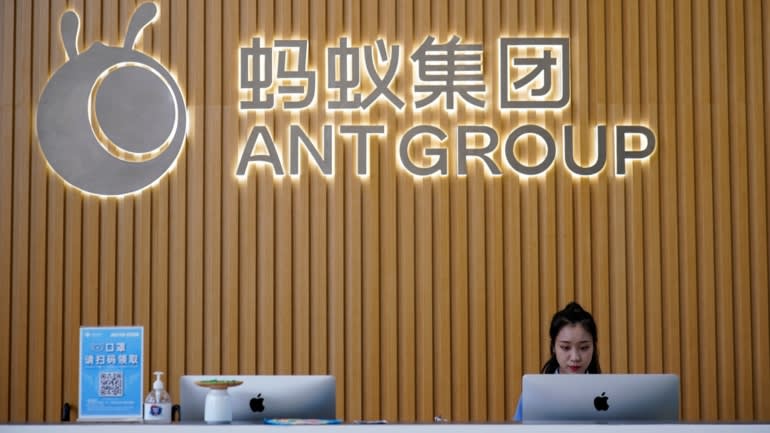 Small and midsize regional institutions in China struggle to compete with big, state-owned banks with stronger reputations. To compete, they offered deposits with higher yields on apps like Alipay, where customers often made their selections based almost entirely on rates.

One bank had been offering an interest rate of 2.17% for one-year time deposits and almost 5% for five-year deposits. Another had received more than 20 billion yuan ($3.05 billion) in online deposits since April, when it first began offering the option.

Competition on these apps could drive interest rate expenses up and result in greater liquidity risks for smaller banks, Sun Tianqi, head of the financial stability bureau at the People's Bank of China, wrote for a local news outlet.

It is widely believed to be part of President Xi Jinping's campaign to curb the country's growing tech giants. At a key economic planning meeting last week, Chinese leaders agreed that they will bolster "anti-monopoly supervision" and "prevent disorderly capital expansion" next year.