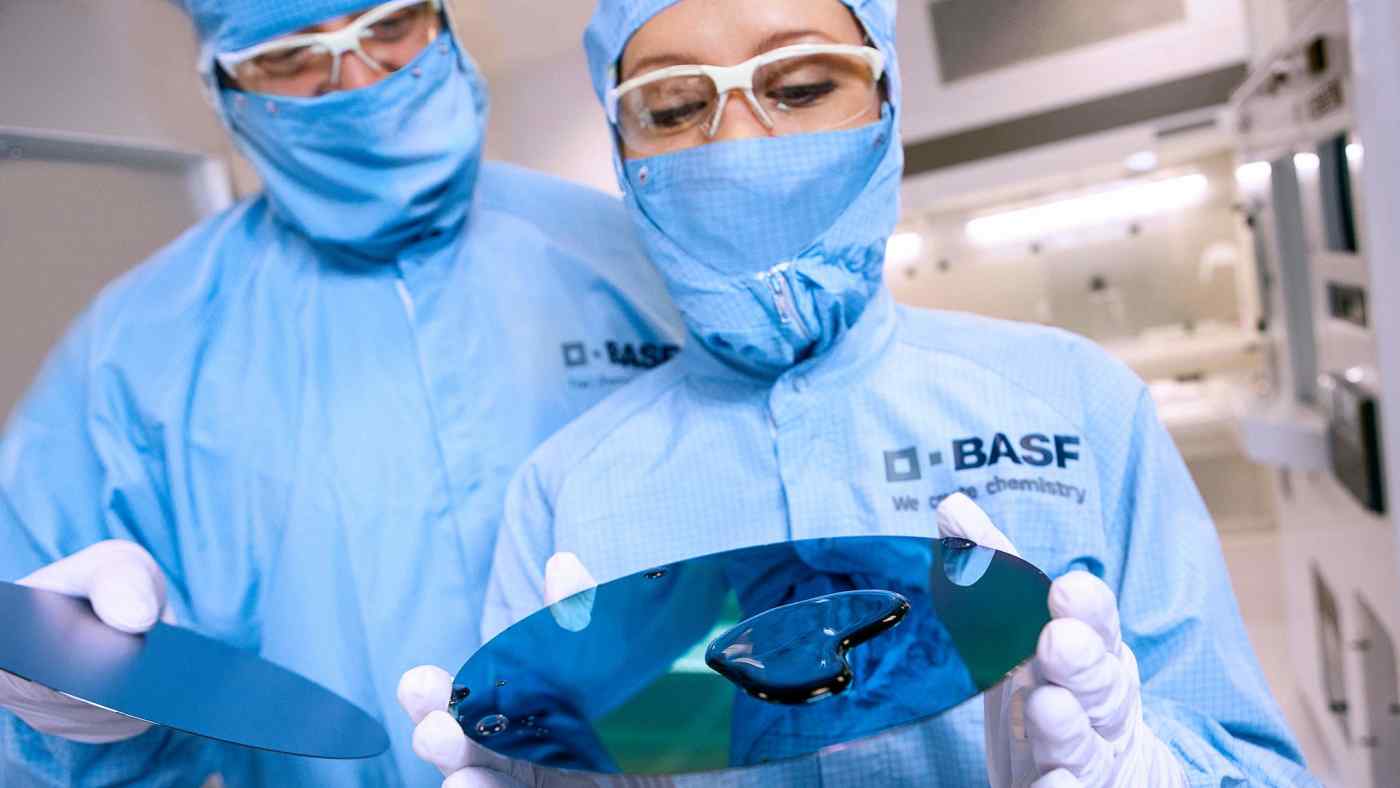 The allegation comes as China builds up its domestic semiconductor industry to close the gap with global leaders.

Six Taiwanese nationals, including one current and five former managers at the German company's Taiwanese arm, were accused of leaking electronic-grade chemical technologies to the Chinese company starting in 2017, Taiwan's Criminal Investigation Bureau said. They were allegedly paid 40 million yuan ($5.8 million) for providing the technology.

"Some of BASF's technologies have already been transferred to the Chinese company through the German company's former and current employees," an investigator with the bureau told the Nikkei Asian Review on Monday, naming the Chinese recipient as Jiangyin Jianghua Microelectronics Materials.

BASF said in a statement on its website that the company is aware that an employee is currently under investigation by Taiwanese authorities. BASF said it would cooperate with the investigation and that the employee had been suspended.

BASF could lose as much as 100 million euros ($114 million) because of the technology theft, based on the company's estimate, the investigator said.

According to Taiwanese investigators, the Chinese supplier obtained technologies and formula for ultrapure electronic-grade ammonia water and sulfur -- key materials used in advanced chip-manufacturing processes -- in order to produce the materials at a newly built plant in Zhenjiang in China's Jiangsu Province.

The incident began in early 2017 when the Chinese company hired one of the suspects, a retired manager at a BASF factory in Taoyuan, to poach engineers and collude with an executive from the German company to leak key technologies to the Chinese recipient, according to the investigator.

The six suspects were questioned and arrested in Taiwan after they returned to the island from China, the investigator said. They were transferred to the local prosecutors office for further investigation on Monday afternoon.

BASF said that the company has strengthened its information security systems in light of the incident and vowed to invest more to protect the company and its clients' production technologies and intellectual property.

The German group is the world's biggest chemical company by revenue and holds the formulas for some the most advanced chemical materials used in produced cutting-edge chips. It supplies almost all the world's leading semiconductor manufacturers, including Micron Technology of the U.S., South Korea's SK Hynix, and Taiwan Semiconductor Manufacturing Co.

Chinese semiconductor industry ambitions include breaking the Western companies' near monopoly in chipmaking equipment and materials segments -- the foundation of the industry. Bans on exports of such supplies threaten to hold back China's semiconductor development.

The U.S. has accused China of stealing or forcing American companies to disclose trade secrets and intellectual property to upgrade its own industry, and the issue has become intertwined with the ongoing trade war.

Fujian Jinhua is one of the leading projects in China's chip industry buildup. Both the government-backed Fujian Jinhua and Taiwan's United Microelectronics Corp. were charged with economic espionage by the U.S. government.