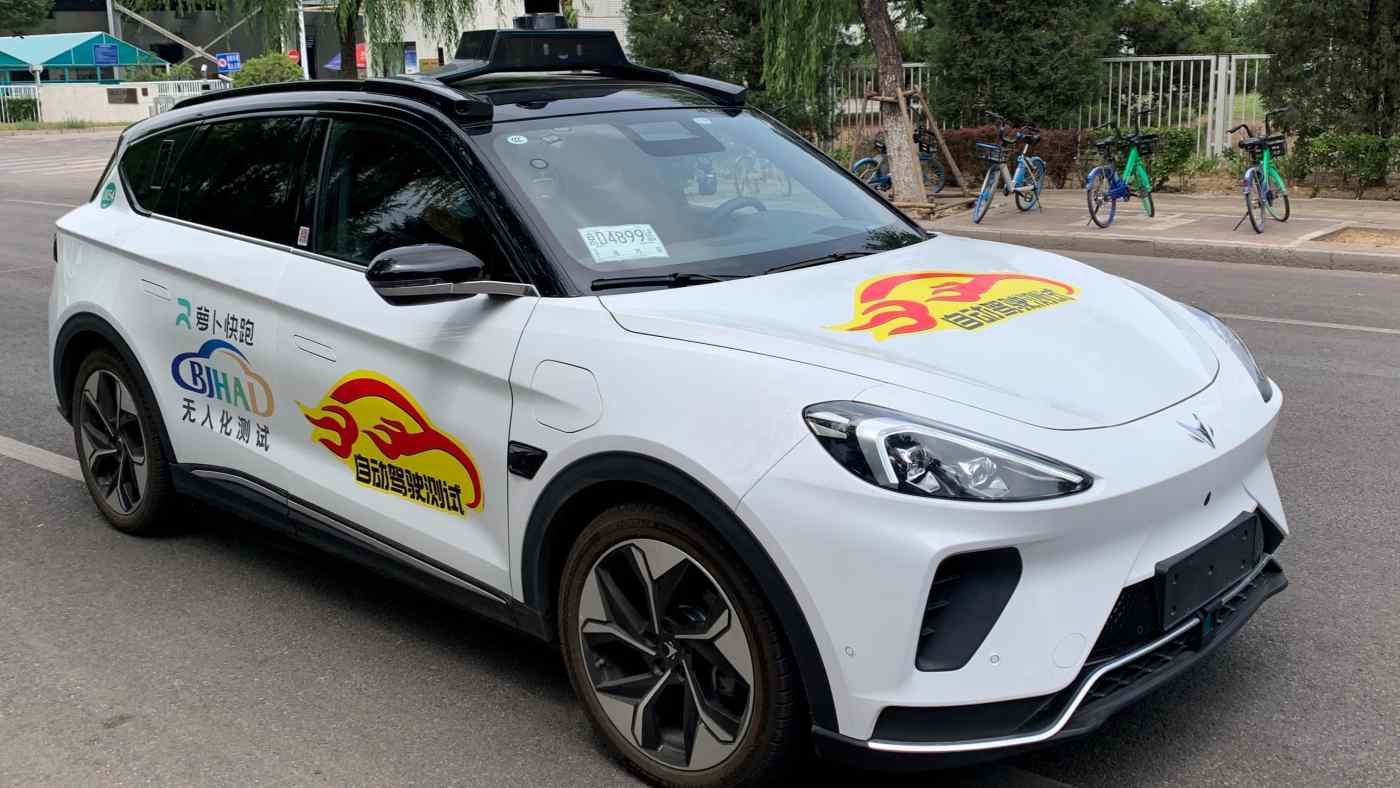 Baidu's self-driving cab can make up to 29 journeys a day, while conventional taxis deliver about 30 rides and ride-sharing services between 10 and 20. (Photo by Shunsuke Tabeta)
SHUNSUKE TABETA, Nikkei staff writerJuly 10, 2022 13:15 JST | China
CopyCopied

BEIJING -- Driverless taxis operated by artificial intelligence are becoming a common sight in China's capital, with such cabs operated by Chinese tech group Baidu transporting nearly as many passengers as a normal taxi on a daily basis.

This reporter recently took a Baidu cab around the Beijing Economic and Technological Development Zone some 20 km southeast of Beijing. After the pickup location and destination had been entered on a smartphone app, a vehicle with a flashy yellow and red logo soon appeared with nobody behind the wheel.