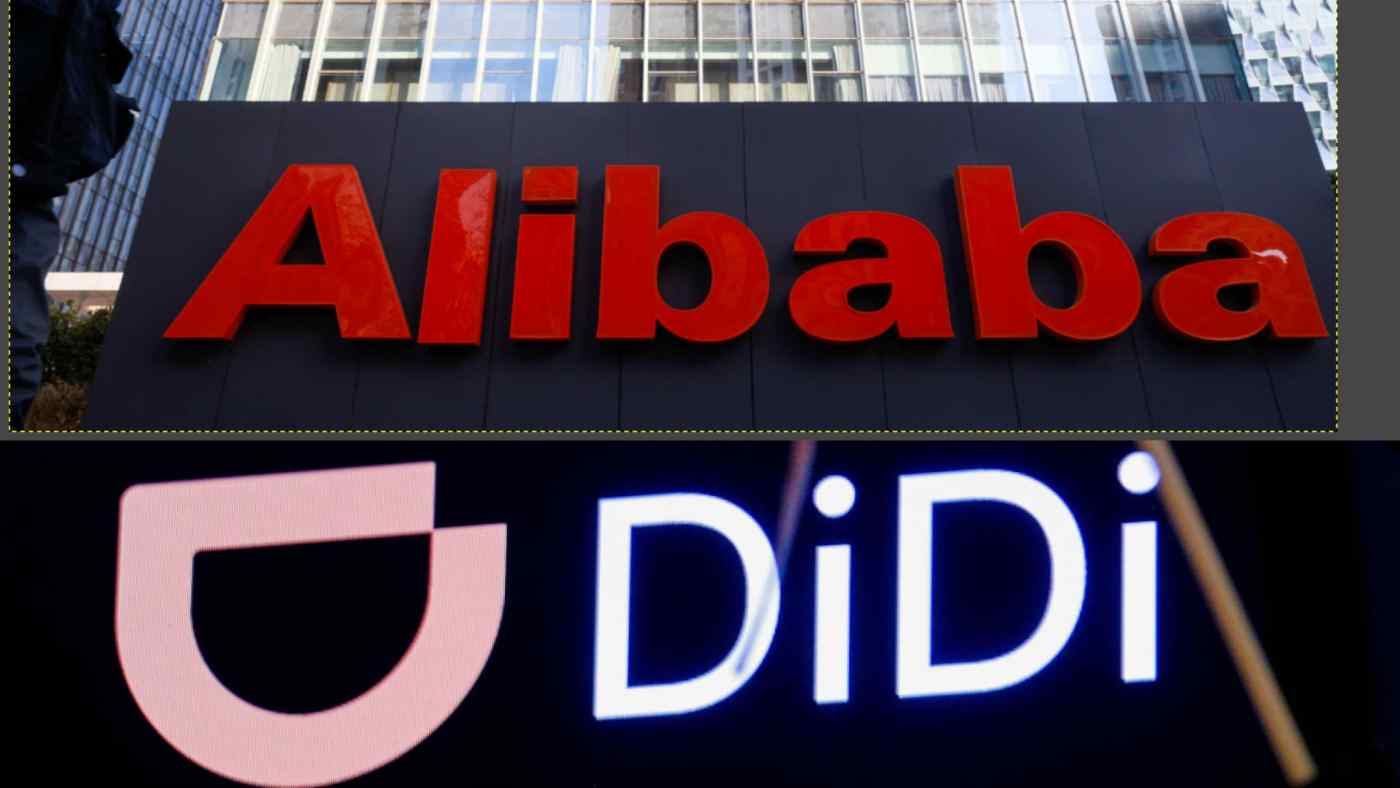 Authorities hope to develop laws consistent with new sectors such as the digital economy, which will affect high-tech giants like Alibaba and Didi.   © Reuters
July 8, 2021 02:32 JST | China
CopyCopied

Shares of Didi Global extended their slide on Wednesday in the wake of China ordering the app to be removed from mobile app stores as part of a broader crackdown on China-based companies with overseas listings.

On Tuesday, extending its actions beyond the tech sector, Beijing also said it would step up supervision of Chinese companies listed offshore in order to crack down on illegal activity and punish fraudulent securities issuance.

Beijing's crackdown continued on Wednesday with fines issued to internet companies including Didi, Tencent Holdings and Alibaba Group Holding for failing to report earlier merger and acquisition deals for approval.

U.S.-listed shares of Alibaba and Tencent Music Entertainment Group were last off 1.1% and 2.5%, respectively.

Including Didi, the largest U.S. listing by a Chinese company since 2014, a record $12.5 billion has been raised so far in 2021 from Chinese firms listing in the United States, Refinitiv data shows.

In a sign of nervousness among investors about Didi, index publisher FTSE Russell also warned that it would not include Didi's shares in its global equity indexes if trading is halted in Wednesday's session.

"For Didi, the situation is bleak, but for Chinese companies preparing to list in the U.S. it may be even bleaker," said Samuel Indyk, senior analyst at uk.Investing.com.

"As the risk of investing in Chinese tech in the U.S. increases, the ability of Chinese tech firms to raise capital drops with it, making listings in the U.S. less attractive going forward."