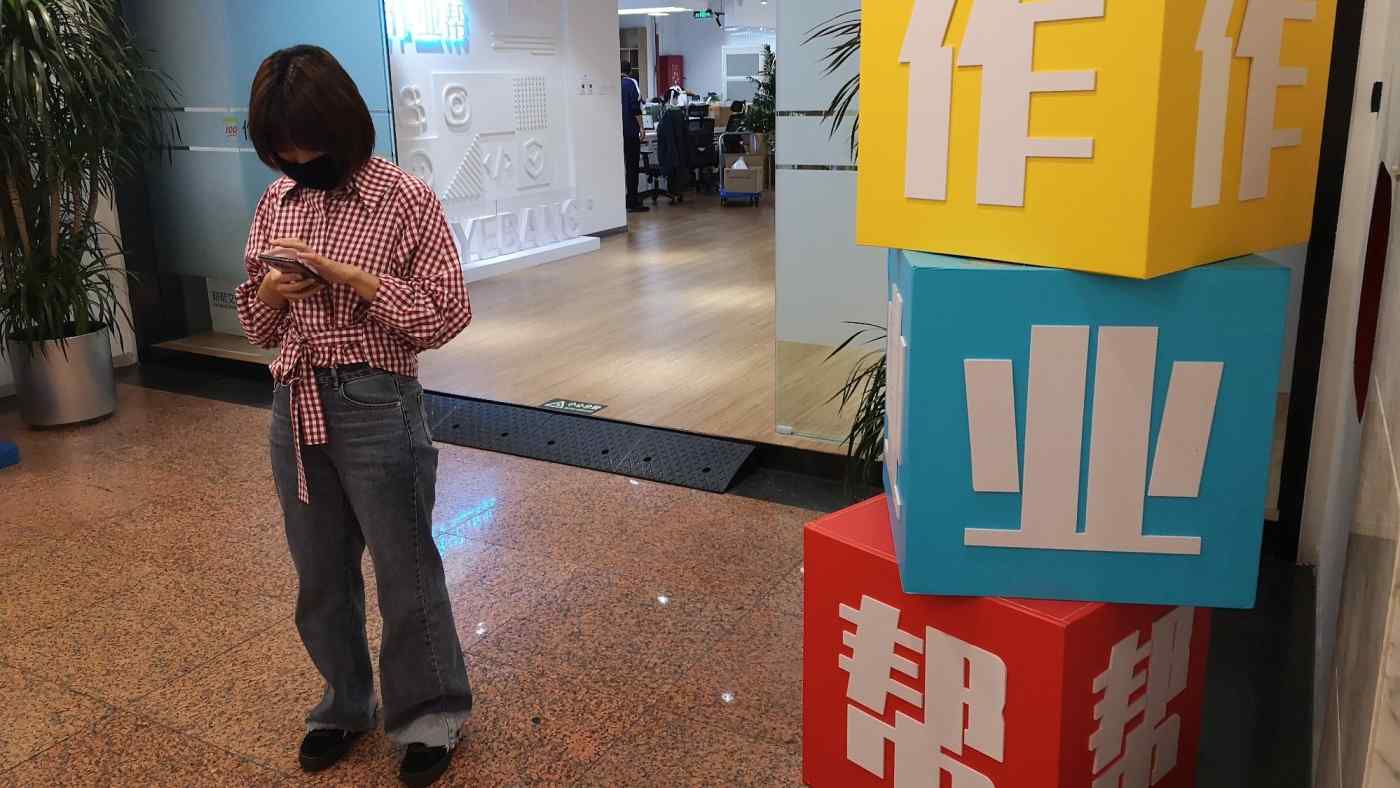 Zuoyebang, an online tutor backed by SoftBank Group and Alibaba Group Holding, was found to have stated falsely on its website that the company is working in cooperation with the United Nations. Yuanfudao, an ed-tech startup with Tencent Holdings among its investors, claimed incorrectly that it offered "one-on-one teaching."

Zuoyebang and Yuanfudao said they have finished reforming business practices concerning the advertising and price listings.

"We accept [the punishment] in good faith, and we will strictly follow the law," a Zuoyebang representative told Nikkei.

The unlisted startups, both based in Beijing, are considered unicorns with valuations well above $1 billion. Zuoyebang's valuation is estimated at $10 billion, with Yuanfudao reaching $15.5 billion after an October 2020 funding round.