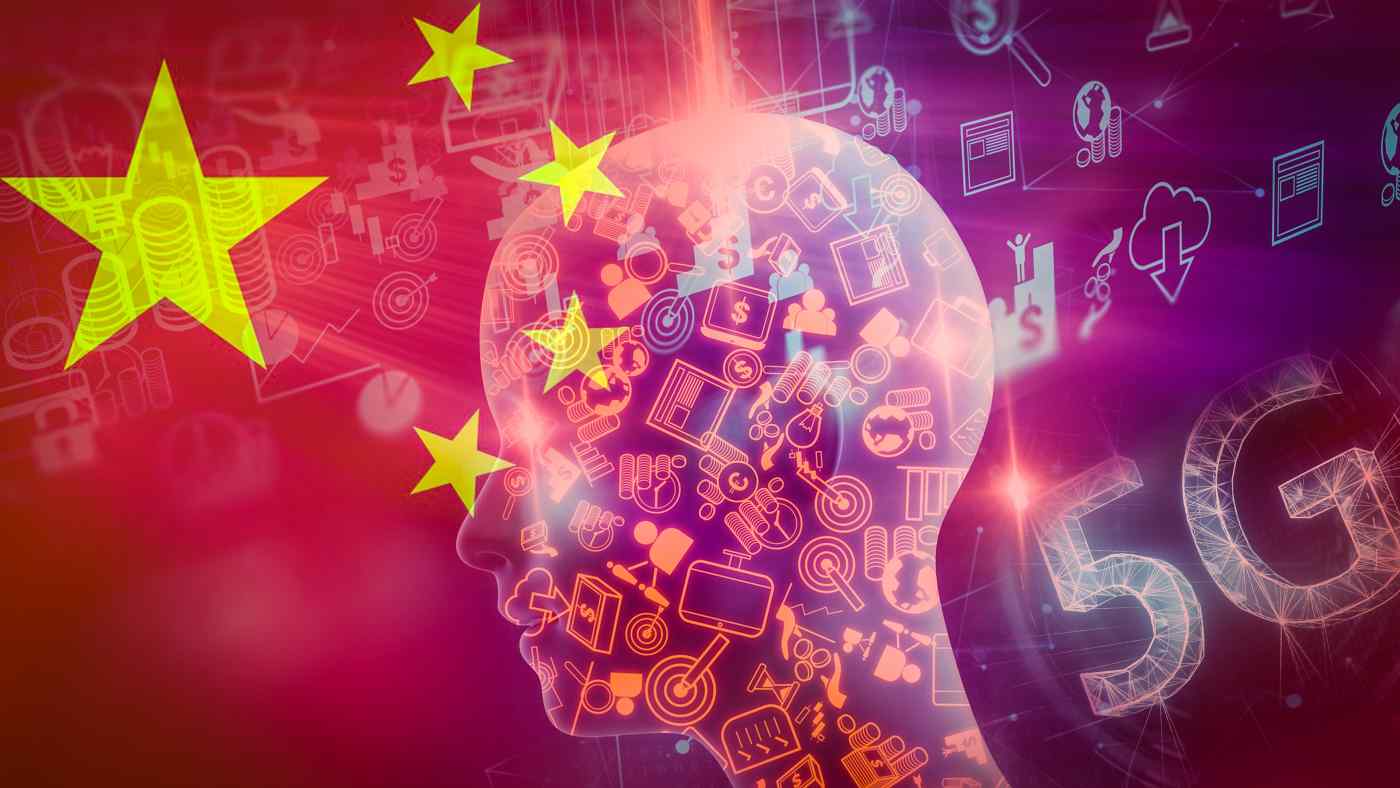 TOKYO -- Foreign businesses in China are becoming key targets in a growing number of intellectual property lawsuits filed by Chinese companies. Enhanced IP legislation, which has led to high amounts of damages for violations granted by courts, has opened the floodgates for litigation.

As Chinese firms have become more protective of their own IP rights, the number of IP-related lawsuits filed in China in 2020 was more than three times the figure for 2016.

The trend has meant that Japanese companies, for example, are having to adjust their China IP strategies, which have traditionally been focused on dealing with infringements involving Chinese businesses, in order to be better prepared for the risk of being sued by Chinese competitors.

One Japanese company that has been embroiled in IP legal disputes with Chinese companies is Ryohin Keikaku, the Tokyo-based company that runs the Muji chain of household goods stores.

"We will continue to keep our eyes on the ball," said Kenko Kikuchi, head of the company's legal and IP affairs department, after the company's victory in a trademark lawsuit filed by Beijing Cottonfield Textile Corp. and another Chinese company was established in July. The court battle lasted for two and a half years. 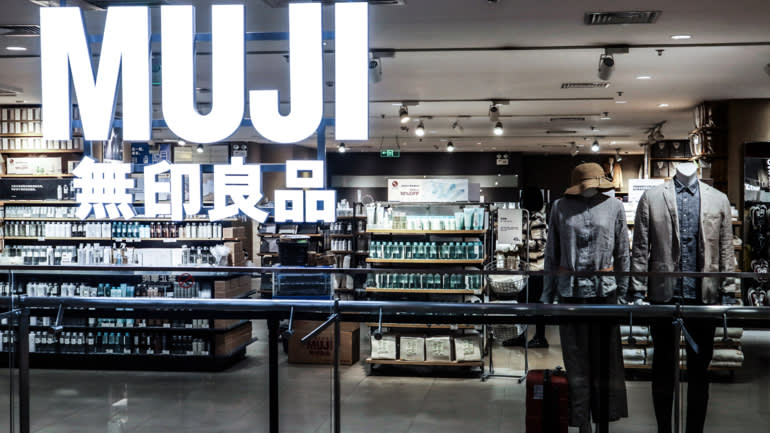 Japan's Ryohin Keikaku, which runs the Muji stores, is continuing to fight to protect its 'Mujirushi Ryohin' (no brand, quality goods) trademark in China.   © Reuters

But Ryohin Keikaku is still involved in more than 10 legal disputes with the companies over its "Mujirushi Ryohin" (meaning no brand, quality goods) trademark written in Chinese characters used in some of its woven fabric products, including bed covers and towels. There is no end in sight to the Japanese company's fight to protect its trademark in the country.

Ryohin Keikaku is on a growing list of foreign companies that have been hit by IP-related lawsuits in China. Apple has been sued by a Chinese artificial intelligence company that claims the U.S. tech group's voice-recognition technology Siri infringes on its patent.

"Traditionally, IP cases involving Chinese and foreign companies have mostly been about alleged infringements by the Chinese parties," says Japanese lawyer Yoshifumi Onodera. "But the number of opposite cases has been increasing. We are receiving more and more requests for legal advice from Japanese companies (operating in China)," he says.

The number of IP lawsuits in China has been on the rise. A total of 28,528 IP infringement cases concerning such areas as patents, utility models and designs were heard by Chinese courts of first instance in 2020, up 28% from the previous year. Copyright and trademark suits are also soaring.

Two key factors are behind the swelling wave of IP litigation. One is a growing amount of IP owned by Chinese businesses. China was once notorious for its proliferation of knockoff products and was known as "copycat heaven." There is still no dearth of counterfeit products in China, but Chinese companies now have more of their own IP rights to protect.

In 2020, China was the biggest source of applications for international patents in the world for the second consecutive year, with a total of 68,720 fillings. An increased number of Chinese technology-oriented companies see IP protection as a key element of their business strategy. 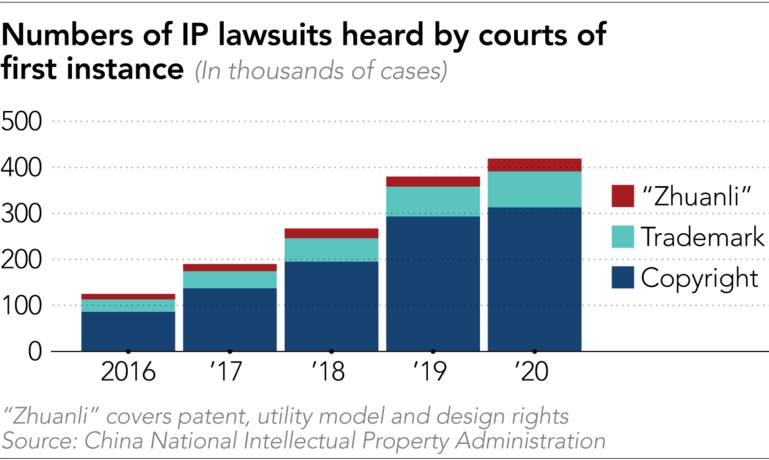 The other factor is enhanced IP legislation. The Chinese government revised the trademark, patent and copyright laws in 2019 and 2020. The revisions have raised the maximum damages that can be granted by courts in these cases. The changes have also introduced punitive damages, which are awarded in addition to actual damages in certain circumstances. Now, five times the actual damages may be granted in cases involving serious violations of IP rights.

The revised patent law has reduced the burden of proof for plaintiffs in patent infringement cases. This will increase the merits of filing patent infringement suits, according to lawyer Makoto Endo. In other words, Chinese companies are more likely to sue foreign competitors over IP violations than ever.

The trend has particularly big implications for two areas of technology -- fifth-generation wireless communication technology and artificial intelligence. The Chinese government is promoting innovations in these areas in a national technology development drive.

Many Chinese companies have world-beating 5G or AI technologies. Onodera predicts a spike in Chinese lawsuits against foreign companies concerning these technologies.

"Japanese companies tend to be slow in bolstering their defense against potential risks of lawsuit," points out Rieko Michishita, a U.S.-registered lawyer operating from China. Many Japanese companies, even those with experience of suing Chinese businesses over IP violations, find themselves hard-pressed to defend themselves in court in IP cases where they are being sued, according to Michishita.

When they are the ones that are suing, they can collect evidence and develop strategies for court battles at a pace that suits them. When they are being sued, however, they have to make swift responses to actions taken by the plaintiffs. Japanese companies are generally not good at this.

In many cases, Japanese companies do not give significant authority to their local offices in China. While spending time consulting with their headquarters in Japan, these companies could become disadvantaged. "It is not rare for a Japanese company to panic when it is sued in China and fails to make proper responses based on the law," says Michishita.

In such a case, the Japanese company will embark on a frantic wild goose chase as it tries to find a local political or business figure who can help it in the suit.

Companies should at the very least conduct internal simulations and develop manuals to deal with lawsuits against them, Michishita warns. It is vital to study the Chinese legal procedures involved. The Japanese head office and the local units need to be jointly responsible for verifying matters that require internal approval and allocating the necessary time to deal with them, she says.

One major Japanese manufacturer without much experience of court proceedings in China has launched several patent infringement suits against its Chinese rivals. The action is partly intended as a learning step to become better prepared for being sued, said the Japanese company's executive in change of IP issues. By working with local lawyers reputed for their competence in IP litigation, the company is aiming to become accustomed to handling the legal procedures as well as the quick legal responses of Chinese companies.

China has become known as a litigation-oriented society, with the tendency now spread to IP matters as well. Foreign companies could become favored targets of lawsuits if they tend to be too ready to make concessions in business disputes or pursue financial settlements to avoid escalating them.

It is becoming increasingly important for Japanese and other foreign companies to map out effective and viable plans and strategies for handling IP lawsuits in China, whether they are the plaintiffs or the defendants. One important element of this is to clearly define the roles played by the headquarters and the local units.