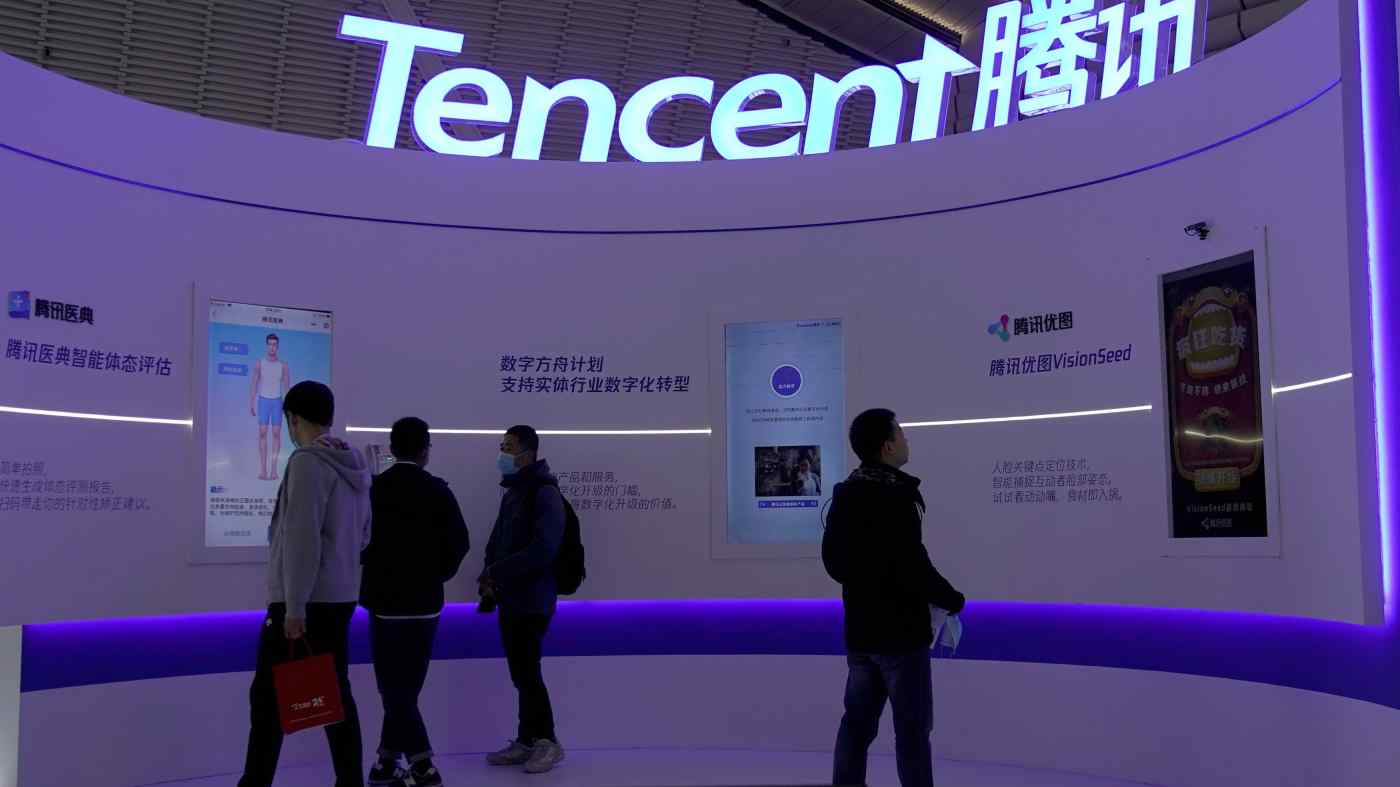 A logo of Tencent is seen during the World Internet Conference in Wuzhen, China, in November.   © Reuters
February 11, 2021 15:59 JST | China
CopyCopied

Chinese tech giant Tencent Holdings Ltd. said a company executive is being held by Chinese authorities over allegations of 'personal corruption,' after a media report said the move was triggered by sharing personal data from its popular WeChat app.

The move comes amid Beijing's unprecedented crackdown on its home-grown internet platforms, which has ensnared some of its best technology innovators and private-sector champions over violations of anti-trust and data privacy rules.

The Wall Street Journal reported earlier that a Tencent executive has been held by Chinese authorities as part of an inquiry into a high-profile corruption case involving one of the country's former top law-enforcement officials.

Citing people familiar with the matter, the Journal reported that the executive, Zhang Feng, has been under investigation by China's anti-graft inspector since last year over alleged unauthorized sharing of personal data collected by Tencent's social-media app WeChat.

Tencent said in statement to Reuters that Zhang's case was not related to its international WeChat app or domestic Weixin platform. It declined to elaborate further.

The Journal report said Zhang was suspected of turning over WeChat data to former vice public security minister Sun Lijun, who is being investigated by Beijing for undisclosed violations of Communist Party rules.

Investigators were looking at what type of data Zhang might have shared with Sun and what Sun might have done with it, the report said.

Zhang was referred to as a Tencent vice president in a 2018 statement released by the municipal government of Zhangjiakou, a city near Beijing. Tencent, however, told Reuters he was not a vice president, without elaborating.

The Journal said Zhang could not be reached for comment, and Sun didn't respond to a request for comment sent through China's anti-graft inspectors, the Central Commission for Discipline Inspection (CCDI) and the State Council Information Office (SCIO).

The CCDI and SCIO did not immediately respond to a Reuters request for comment.

Shares in Tencent, which is the most valuable company in Hong Kong with more than $900 billion in market capitalization, fell as much as 1.6% after the Journal report but pulled back later, and was down 0.5% by noon in a positive broader market.