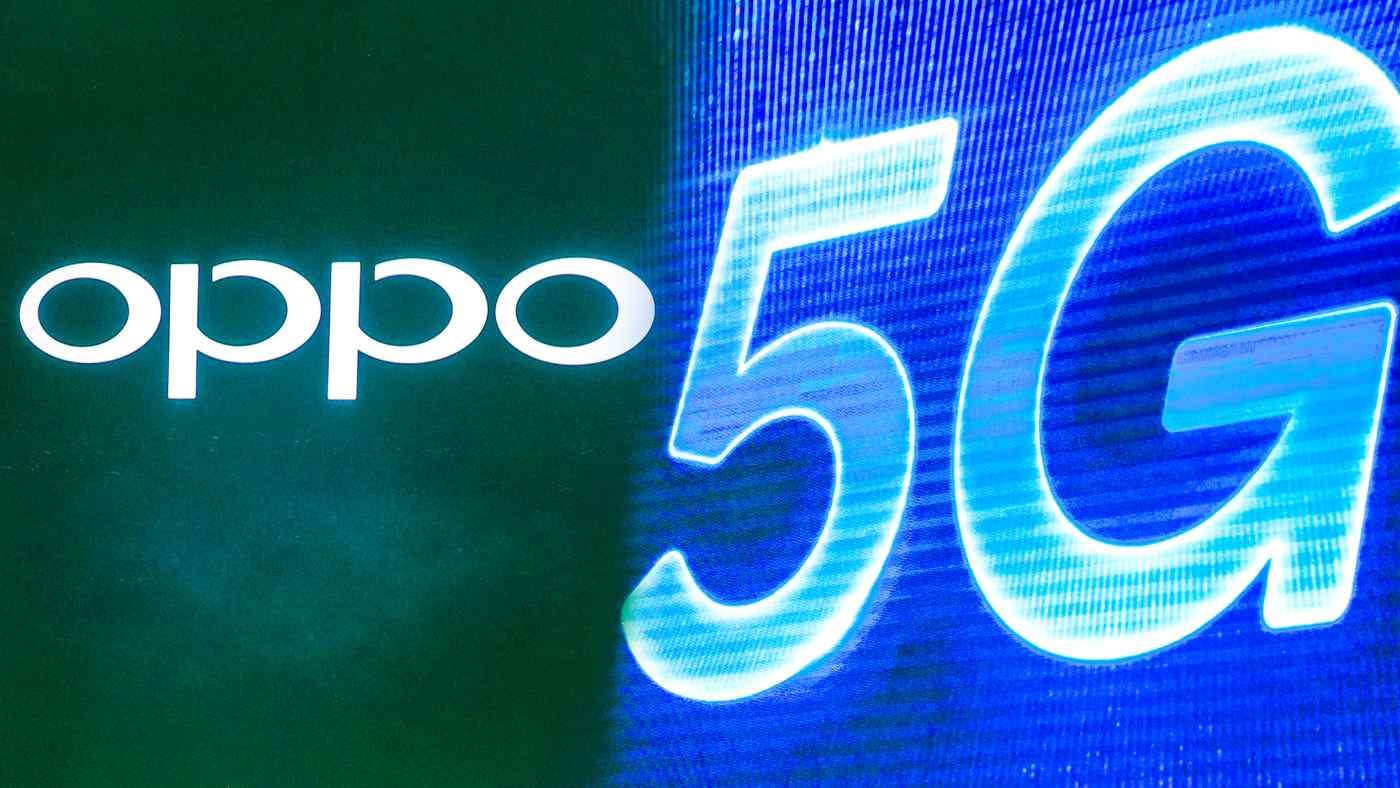 The coronavirus outbreak has created significant uncertainty for Oppo and others in the smartphone industry this year.
LAULY LI and CHENG TING-FANG, Nikkei staff writersMarch 6, 2020 19:26 JST | China
CopyCopied

TAIPEI -- Chinese smartphone maker Oppo is rolling out its latest 5G flagship smartphone in an aggressive bid to grab overseas market share from Huawei Technologies and offset the impact of the coronavirus outbreak.

"We do see very significant impacts on sales due to the coronavirus outbreak. ... It's a big disruption to all the industry players," Allen Wu, president of global sales, told an online press conference on Friday. "For February, we saw a 50% year-over-year decline in sales."

Oppo, China's second-largest smartphone maker by shipments and fifth-biggest globally, made 85% of its smartphones in-house and it has several overseas production sites in countries like India, Indonesia and Algeria. "The coronavirus outbreak is a huge challenge for us and our suppliers in terms of production. ... All the people face some labor shortage issues," Wu said, but added that since China ended the extended Lunar New Year break, Oppo has resumed about 80% of its manufacturing.

Oppo is hoping to capitalize on Washington's crackdown on Huawei, which as cost the company market share in several countries. The company said it will tap into new markets to expand its global presence this year, including entering Germany, Romania, Portugal, Belgium and Mexico.

"The launch of Oppo Find X2 series represents Oppo's ability and determination to go high-end. As 2020 marks the worldwide rollout of 5G, we hope to work with global partners to facilitate 5G adoption," Brian Shen, Vice President and President of Global Marketing of OPPO, said in an online press event.

The company said it has teamed up with 11 carriers across the globe -- including key European players Orange, Vodafone, Deutsche Telekom and Telefonica -- for its 5G handset rollout, an aggressive move to expand its presence overseas, which surpassed 50% of its shipments in the domestic market for the first time in 2019. Oppo will also invest $7 billion to further develop 5G-related technologies, the next generation of wireless communications tech seen as key to enabling a range of cutting-edge applications, including augmented reality, real-time live streaming and remote surgery.

Oppo previously planned a grand product launch ahead of the Mobile World Congress in Barcelona -- one of the most important tech events of the year, where some 100,000 attendees gather for a look at the latest wireless technology trends. Oppo even sent staff to Spain two weeks earlier than the planned launch event to self-quarantine to ensure it could carry out the event, the Nikkei Asian Review reported. The company is keen to maintain its momentum in Europe, where its sales grew 200% in 2019.

But MWC was canceled just a week before it was scheduled to start on Feb. 24 due to the concerns of the spreading epidemic.

Oppo, along with its sub-brand Realme, a cost-effective product line sold mainly through online channels, together accounted for more than 10% of global smartphone shipments in 2019, according to IDC data.

Oppo's introduction of its latest flagship 5G handset came after Huawei just launched the Mate Xs, the latest generation of its foldable smartphone. The Mate Xs, which also comes with 5G connectivity, was unveiled in a pre-recorded press event. Huawei is slated to launch its P40 flagship smartphone this month in Paris, but it could also cancel the presser and turn it into an online event given the ongoing epidemic concerns. Samsung also recently launched the Galaxy S11 and a clamshell-shaped foldable smartphone, the Flip Z. Chinese maker Xiaomi introduced its latest flagship handset, the Xiaomi 10, in an online event on Feb 13.

Oppo, together with other Chinese smartphone makers like Xiaomi and Vivo, faced headwinds in their home market last year as Huawei stepped up efforts to expand its presence in China after its overseas sales were hurt by Washington's ban on its use of Google Mobile Services, including such popular apps as Gmail, Google Map and YouTube.

For 2019, Oppo's share of the Chinese market fell 2 percentage points to 17.8%, while its shipment dropped 17%. Huawei's market share grew to 38.5% and its shipment rose 35%, according to data from Canalys. A major reason for Huawei's boost, analysts said, came from "patriotic" buyers supporting the embattled company in its fight with the U.S.

"Oppo's bid to expand the overseas market is the smartphone maker's hope to grab shares lost by Huawei in Europe and other places in the world," Joey Yen, an analyst at IDC told the Nikkei Asian Review. "But we don't see anyone being able to avoid the negative impact brought by the coronavirus outbreak, especially in the January-March period."

The coronavirus outbreak has created significant uncertainty for the smartphone industry this year. Research house IDC recently lowered its forecast for 2020 global smartphone shipments from 1.4 billion units to 1.33 billion due to the virus muddling the outlook for demand. The trimmed forecast marks a decline of 2.3% from last year's 1.37 billion units, a sharp reversal from the previous estimate of 1.5% growth.

The market in China, where the coronavirus outbreak started, suffered a severe dent in demand during the Lunar New Year holidays, traditionally the peak season for consumer electronics products like smartphones. IDC said the Chinese smartphone market in the first quarter will see a 40% year-on-year decline, mainly due to the spreading epidemic.

"The sales of smartphone between Lunar New Year holidays to around Feb. 20 plunged as much as 50% on the year in the Chinese market because of the virus spreading that forced stores closing everywhere," senior tech analyst Jeff Pu at GF Securities, told the Nikkei Asian Review, citing his supply chain checks.