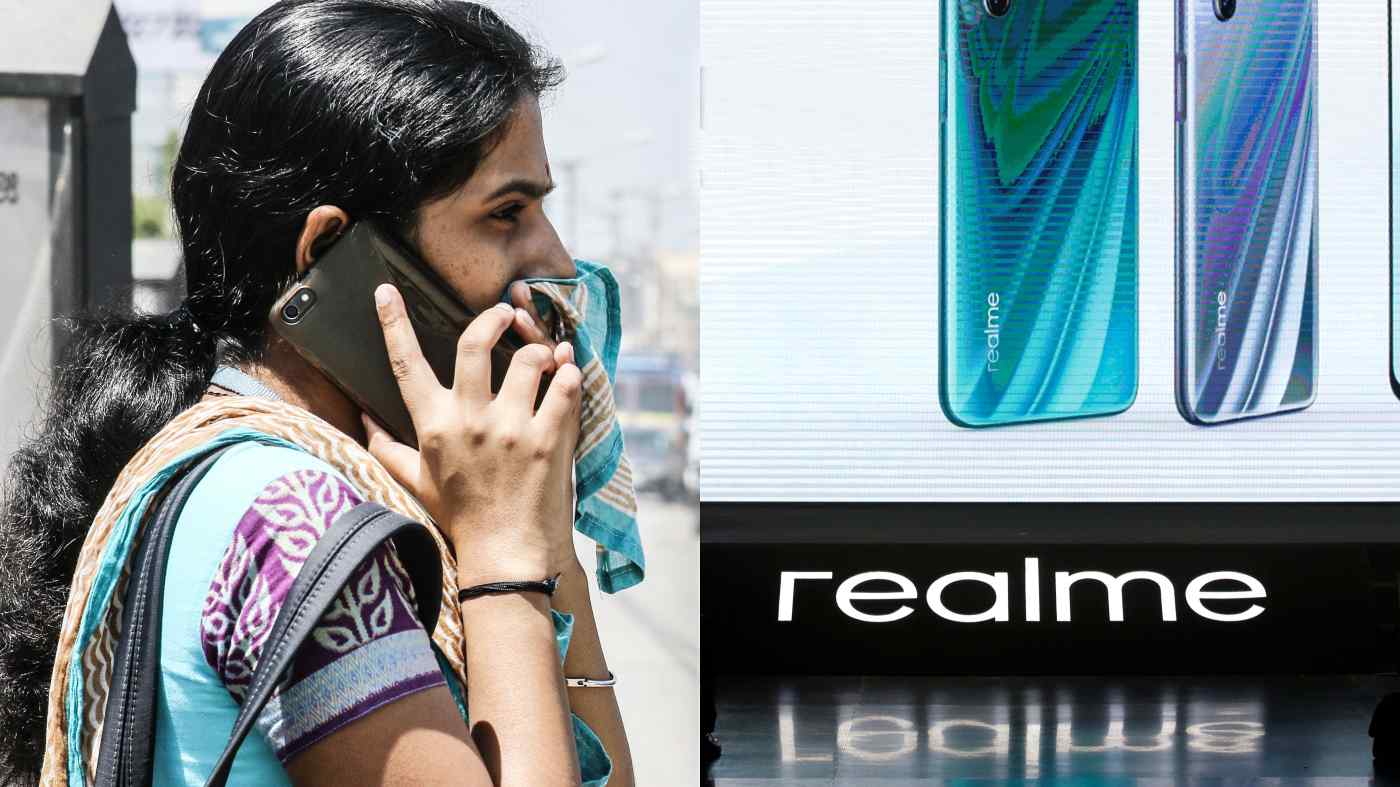 TAIPEI -- Chinese smartphone maker Realme is expanding production in India despite a surge in COVID-19 cases there in an effort to capture local demand and extend its supply chain outside its home market.

Realme plans to begin assembling wireless earbuds in the South Asian country in the next three months, Madhav Sheth, Realme's vice president and CEO for India and Europe, told Nikkei Asia. All of the smartphones and TVs that Realme sells in India are manufactured in the country.

"More than 60% of components [in our products] are manufactured in India, [and] 100% of phones and televisions that are sold in India are assembled in India," Sheth said. True wireless earphones, he said, are next on the list for assembly there.

In India, Realme shares factories and supply chains with Oppo, the second-biggest smartphone maker in China and fourth largest globally. The shared manufacturing facilities, located in Noida, in the state of Uttar Pradesh, employ some 10,000 production line workers. Their combined annual capacity of 60 million smartphones accounts for roughly 39% of the two companies' global annual shipments.

Sheth said the main purpose of increasing Indian manufacturing is to address high local demand. Realme is the No. 4 handset maker in India, with a 12.8% market share, according to research company IDC, behind Xiaomi, Samsung and Vivo. Sheth said the company will also consider exporting from India. Realme ranked second in wireless headphones in India.

According to Sheth, the expansion of production is also linked to the government's "Make in India" initiative aimed at facilitating foreign investment and boosting local manufacturing. Realme plans to open its first global flagship store in India this year, too.

Realme's expansion plans come as Apple is also working to turn India into its largest iPhone manufacturing base outside of China. Many Apple suppliers have started to diversify production away from China amid the Washington-Beijing trade war, while the Make In India initiative has encouraged others to set up shop there.

Key iPhone assembler Foxconn helps Apple make iPhone in Tamil Nadu. Smaller rivals Pegatron and Luxshare are building facilities in the same Indian state, while Wistron makes iPhones in the state of Karnataka. Foxconn also has plants in Andhra Pradesh to help companies like Xiaomi, the longtime No. 1 smartphone maker in India, produce Android smartphones and smart TVs for the local market.

While many Apple suppliers are grappling with the surge of COVID-19 in India, Sheth said the majority of his company's front line workers have been vaccinated through the combined efforts of RealMe and the government. The company is also taking other safety measures, he said. "There is definitely an impact [from the surge of COVID] ... but there was no shutdown in the factories."

Sean Kao, a supply chain analyst with IDC, said Chinese smartphone makers, including Oppo, Vivo and Trassion, all manufacture in India because they hope to grab a share of the massive domestic market, particularly as their home market is maturing.

"It's reasonable for Chinese electronics builders to make products in India for local market opportunities. They are not there only for cheap labor. However, at the end of the day, the manufacturing cost is not really that low, the operational efficiency may not reach the level in China, and there are fundamental infrastructure issues," Kao said. "Furthermore, we don't see obvious signs for Chinese companies to expand aggressively in India since last year after the conflicts between the two countries. ... Geopolitical factors are still another long-term concern."

Realme, which positions itself as a "5G enabler" offering quality products at affordable prices, said it will introduce 5G handsets priced as low as $150 next year. That is 25% cheaper than its current entry-level 5G smartphone.

Realme CEO Sky Li told Nikkei Asia in an earlier interview that his company planned to introduce 5G smartphones that cost less than 300 euros ($363) overseas this year, which is half the price of the lowest-priced iPhone 12 mini.

Founded in 2018, Realme became the world's No. 6 smartphone maker by shipments in the first quarter of the year, according to Counterpoint Research's latest available data. Its 4% market share -- the same as embattled Chinese tech giant Huawei Technologies -- put Realme ahead of Lenovo, Sony, Google and LG Electronics.