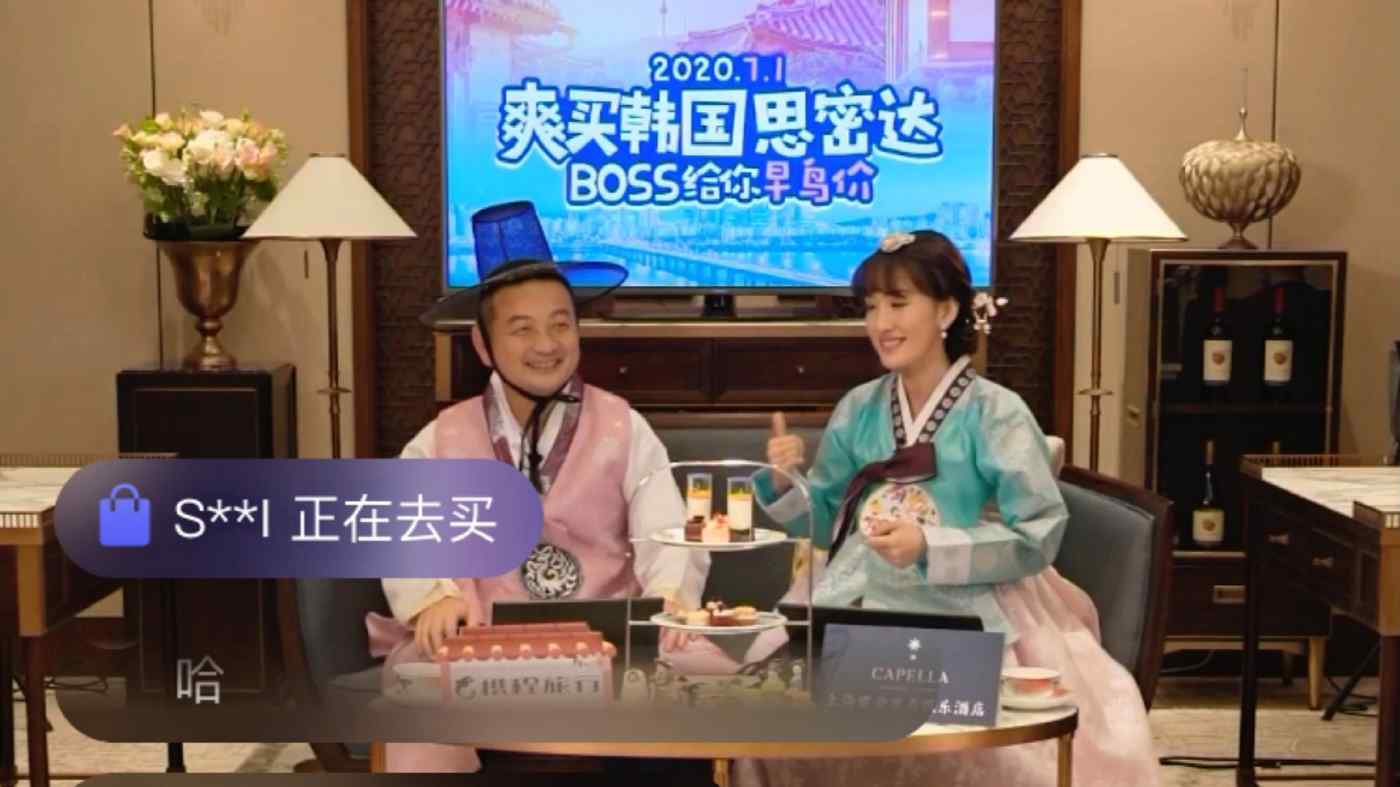 TOKYO -- James Liang, the executive chairman of Trip.com Group, was in front of the camera again to livestream another commercial for China's largest online booking site, this time wearing a traditional Korean hanbok.

"Annyeonghaseyo," Liang said in the July 1 session. "Good evening, everyone."

He has livestreamed 16 times since April, taking to the screen on Wednesdays in location-themed outfits. International travel restrictions had kept him focused on domestic destinations until this month, when South Korea was the first foreign location featured in his series.

Liang is among the pioneers to discover success in tapping into the growing Chinese fad of "live commerce," or livestreaming product promotion. Viewers are then directed to buy the goods featured through e-commerce links.

At first, it had been mainly online outfits like Trip.com that experimented with live commerce as a measure of last resort.

The first 14 videos put out by Liang drew a total of 33 million viewers and generated a gross merchandise volume of 600 million yuan ($85.2 million).

The livestreams also boosted morale for employees at Trip.com, where cancellations have damaged earnings.

Live commerce drew 265 million users in March, according to the China Internet Network Information Center. The number accounts for nearly 40% of people who purchase products online through smartphones.

"Business leaders have consulted each other on social media on how to deal with the coronavirus effect, and they came upon [live commerce] as an effective solution," said Jessica Ho, founder and CEO of Cross-Border Next, a Tokyo-based company focused on online marketing in China.

But after hearing about the results, manufacturers have also entered the fray. Dong Mingzhu, chairwoman of Gree Electric Appliances, has hosted her own livestreaming sales events.

The trend has built up to the midyear e-commerce sales festival dubbed "618" for its June 18 date. On leading e-tailer Alibaba Group Holding's Tmall shopping platform, some 600 top executives hawked their wares via live commerce.

That CEOs are willing to put their faces behind products shows their resolve to overcome a business crisis. But the livestreaming approach is not without its flaws.

"The emotional attachment placed on a product and service is so strong that a presentation lacks objectivity," Ho said.