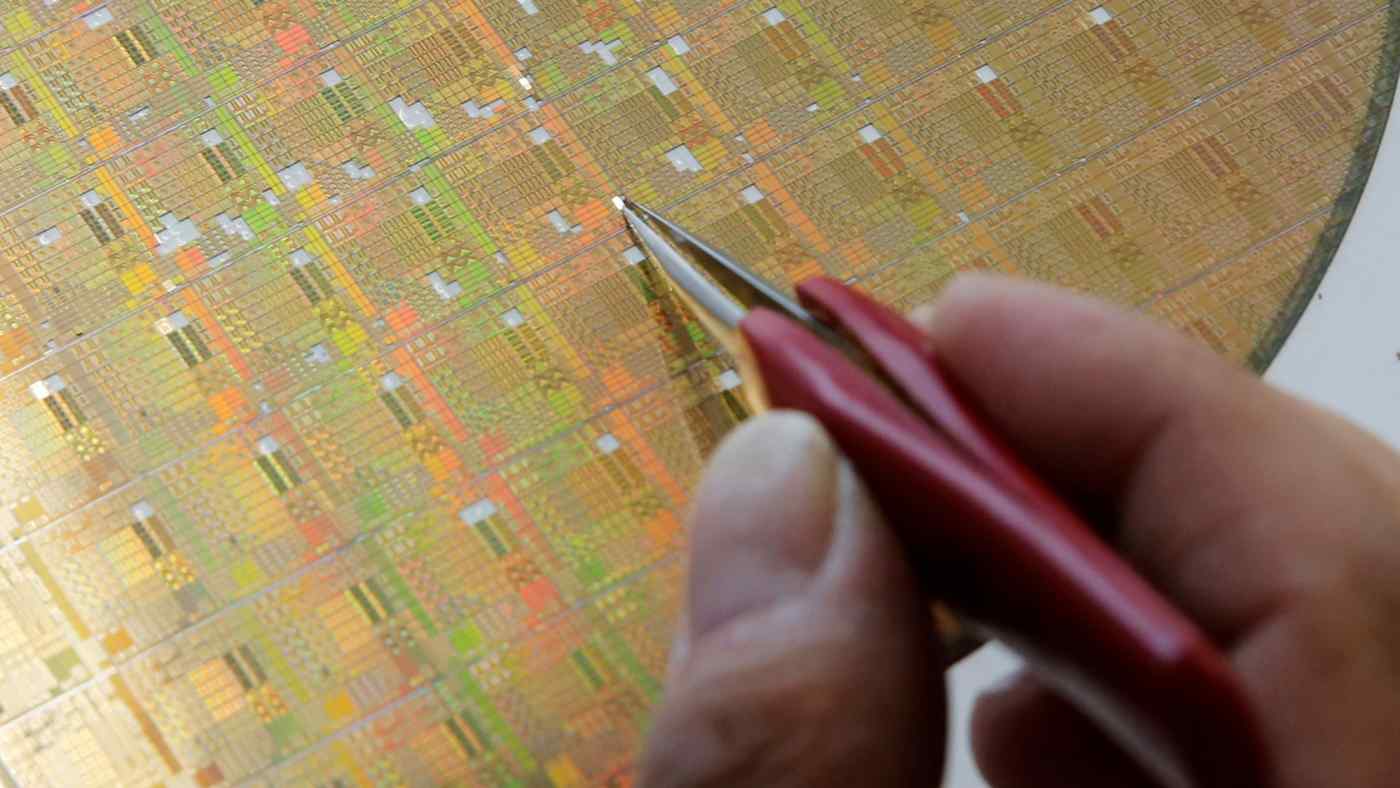 TAIPEI -- Yangtze Memory Technologies, China's top memory chipmaker, will roll out its first-ever storage products lineup in the second half of the year, the company said Saturday, adding that the items will be used in a wide range of electronic devices from smartphone to cloud computing servers.

"We will have built a wide range of system memory products with our own brand for not only personal computers, enterprises storage, cloud computing solutions, but also to high-end smartphones, and to setup boxes, tablets, and other consumer electronics," Cheng Weihua, Yangtze Memory co-chief technology officer said during his keynote speech at SEMICON China, the country's biggest semiconductor fair starting in Shanghai.

Yangtze Memory hopes the lineup will aid in its quest to challenge market leaders such as Samsung, Kioxia, SK Hynix and Micron, and comes at a time when China and the U.S., the world's two biggest economies, are decoupling amid a trade and technology war.

"We will start to introduce those products in the second half of this year," Cheng said, adding that the company's aim "is to become world's leading integrated device manufacturer."

In April, the chipmaker, which shoulders the country's ambition to boost self-reliance for crucial memory components, said it has successfully developed 128-layer 3D NAND chips and will begin production by end of the year, marking a step that would significantly close tech gaps with international rivals.

The more layers a chip has, the more difficult they are to develop and produce, but the chips are also more cost-efficient, as more can be fit onto a single chip wafer. These essential NAND flash chips would later be made into various storage products, for computers, servers, smartphones, home appliances and even smart cars.

The remarkable breakthrough by Yangtze Memory, however, came as the U.S. and China's bitter tech war continues to accelerate. Trump administration has placed many Chinese tech companies including Huawei and Hikvision on a blacklist that restricts access to American technology.

Yangtze Memory -- which relies heavily on U.S. chipmaking equipment from Applied Materials, Lam Research and KLA -- has long been careful to avoid being caught in the crossfire between Washington and Beijing.

Cheng stressed Saturday that the company values intellectual property and has accumulated more than 2,000 patents and secured more than 1,600 tech licenses from global partners, in an attempt to downplay any geopolitical risks.

"We have a good track record in tech development because the company has placed intellectual properties as a top priority," Cheng said. "I don't think the trend to collaborate with global supply chain would be reversible... No country, and no company in the world could do things all by themselves without any global collaborations."

Cheng said the company counts top flash memory controller chipmakers such as Silicon Motion, Phison Electronics, and Marvell among its lineup of partners.

Based in Wuhan, China, the first epicenter of the coronavirus outbreak, Yangtze Memory -- which has about 6,000 employees -- has managed to stay open during the lockdowns.

Last week, the company broke ground of the second phase a $24 billion plant in Wuhan, which will eventually turn out 300,000 memory chip wafers, or more than 23% of current global NAND flash output, a month.

Yangtze Memory could churn out some 80,000 wafers and become a formidable market challenger by the end of 2021, according to research company TrendForce. Currently, the NAND flash memory market is dominated by only six players: Samsung, Kioxia, SK Hynix, Micron, Intel and Western Digital.