Tencent and Alibaba set up shop 60 years on from revolt 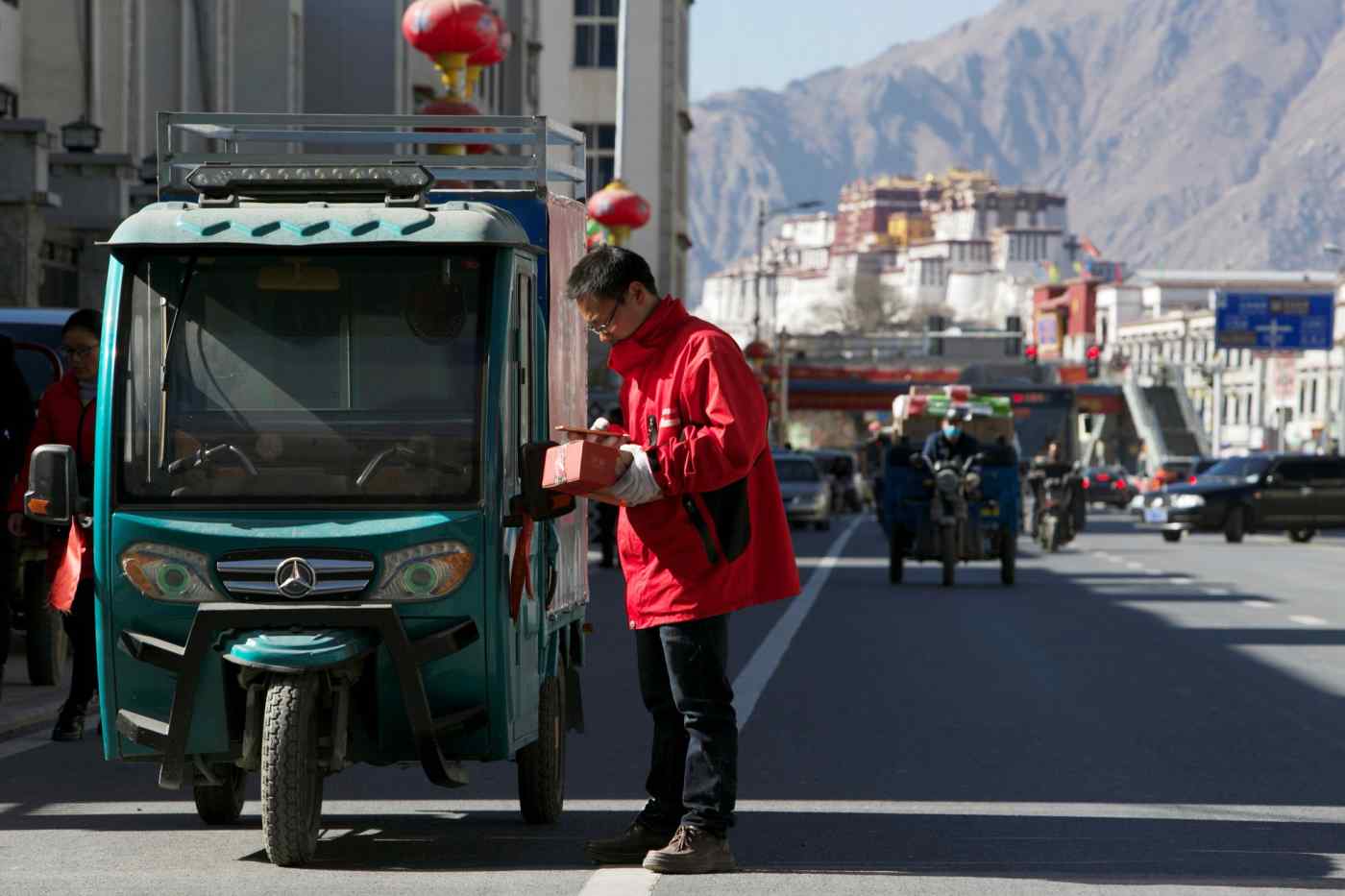 A deliveryman for an Alibaba logistics unit checks the status of a parcel in Lhasa. The e-commerce giant has also established an investment unit in the city.   © Reuters
SHUNSUKE TABETA, Nikkei staff writerMarch 13, 2019 11:48 JST | China
CopyCopied

BEIJING -- Major Chinese tech players are advancing into the Tibet Autonomous Region, seizing on the chance to market their artificial intelligence and big-data capabilities as the government seeks to encourage growth and tighten its grip on the area.

The likes of state-backed chipmaker Tsinghua Unigroup, facial-recognition startup SenseTime and online mall operator Alibaba Group Holding are all building their presence in the southwestern Chinese zone with a history of resistance to Beijing.

On March 10, 1959, a Tibetan uprising prompted the 14th Dalai Lama to flee to India, and in 2008 a series of violent protests erupted in Lhasa, the capital. But Tibet has proven one of China's fastest-growing areas of late. Bringing tech players there is aimed both at maintaining the pace of growth and meeting demand for high-tech surveillance.

"The Tibet Autonomous Region is a critical place for China's national development in a strategic sense, and we will pursue digitization and computerization on all fronts," a Tsinghua Unigroup executive said in announcing a strategic partnership with the autonomous zone's government in September.

Tsinghua, a major tech conglomerate affiliated with Chinese President Xi Jinping's alma mater Tsinghua University, is expanding its business in data centers, which provide the foundation for cloud services and AI development. On top of receiving guidance and subsidies from the government, it looks to have set its sights on Tibet in hopes of speeding up its development in fields such as big-data analysis.

The company is building infrastructure that complies with IPv6 -- the newest version of the Internet Protocol, which assigns a digital address to all devices connected to the web. Tsinghua Unigroup plans to invest 1 billion yuan ($149 million) over three years to build centers for analyzing and exchanging data. 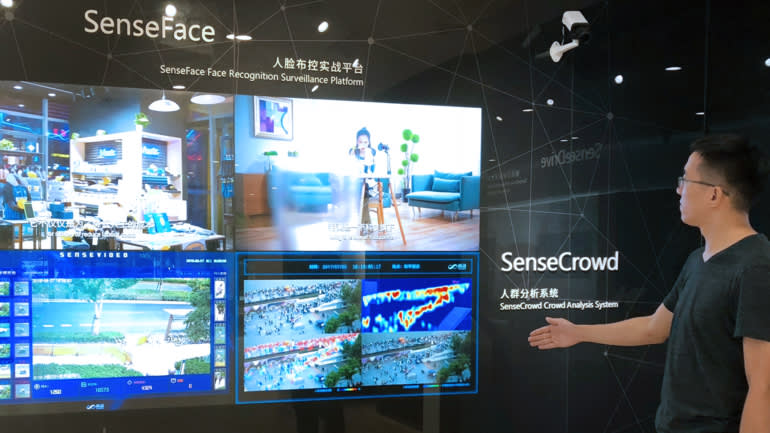 IFlytek has embarked on joint research with Tibet University, and listed the school among its partners in a 2018 interim report on its operations. Their research efforts include voice recognition and translation of the Tibetan language, according to Chinese media.

Meanwhile, SenseTime -- the world's most valuable AI startup -- has set up a venture capital unit in Lhasa conducting what a company PR person described as "investment activities."

Tencent has also set up its own investment arm in the autonomous zone's eastern city of Nyingchi, or Linzhi. According to Hong Kong media, Alibaba has also established a Lhasa investment unit. The two investment firms did not respond to questions from Nikkei about the nature of their activities.

Beijing wants to put AI and big data to use in the autonomous region to help keep public order. The 2008 protests in Lhasa drove authorities to install vast numbers of security cameras to keep tabs on the populace.

Meanwhile, though China's economic growth has lost steam overall, Tibet's relatively high growth presents business opportunities. Its gross regional domestic product grew by 9.1% in 2018, tying with Guizhou Province for first place in China. This year, it aims to be the sole leader at 10%.

On the tech companies' side, working in Tibet offers a chance to speed development with subsidies and other backing from a government eager to employ their latest technologies. It also helps reduce tax burdens, according to an official at one Chinese investment firm. Companies in the region enjoy a real tax rate of 9%, compared with the standard corporate tax rate of 25% for the rest of China. A representative of the Tibet Autonomous Region told a subcommittee of China's National People's Congress the Communist Party had improved lifestyles in the region. (Photo by Taro Yokosawa)

Six decades on from the 1959 revolt, many Han Chinese are flowing into Tibet as public transit improves and tourism is developed, contributing to the region's strong growth. Most of the autonomous region's top companies, as calculated by the amount they owe in taxes, are units of big companies based in cities like Beijing. Moreover, Han Chinese occupy the upper echelons of the region's government.

Even as Tibet's economy grows, its people appear to be growing more dissatisfied with their lot. But Beijing's control has only tightened under Xi.

At a March 6 regional subcommittee meeting of the National People's Congress, a representative from the autonomous region criticized the 14th Dalai Lama and said China's ruling Communist Party had improved life in Tibet.