China to build $300bn electronics parts sector in break with US 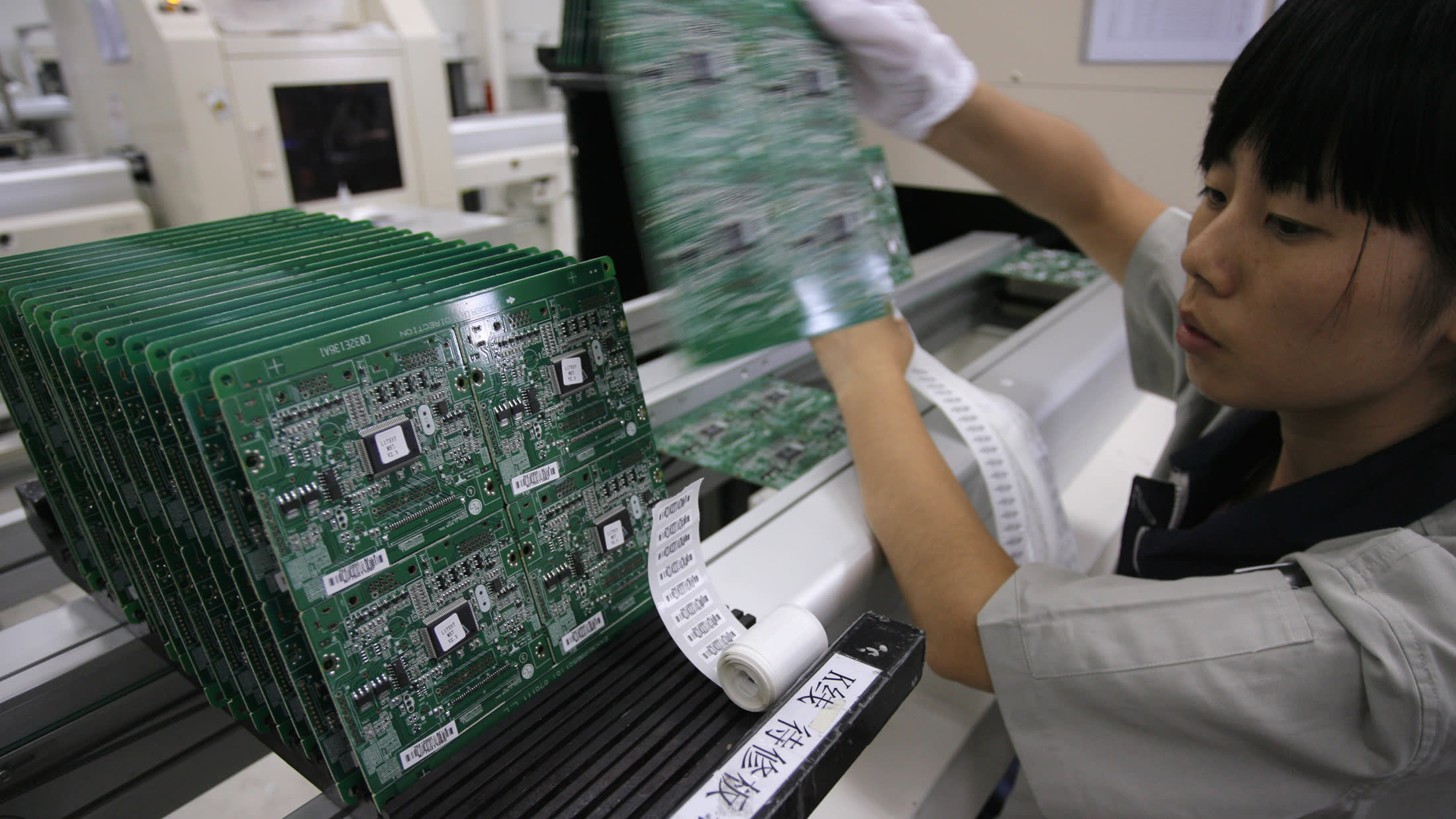 BEIJING -- The Chinese government on Friday announced plans to expand the domestic market for electronic components to 2.1 trillion yuan ($327 billion) by 2023, in its latest step to bolster the nation's tech sector amid a growing rivalry with the U.S.

China is already working on boosting semiconductor output in light of American restrictions such as export bans that have squeezed domestic manufacturers. It is now expanding the scope of its efforts to solidify its position as a tech superpower.

China aims to increase the market for these components by about 20% between 2019 and 2023 under an action plan unveiled to regional governments by the Ministry of Industry and Information Technology.

The government will encourage mergers by top players in each field to create larger, more competitive companies. It will focus on granting construction permits and financial assistance to key factories and provide funding through regional government funds. It will also help companies meet international standards on different technologies.

Xi expects the tech rivalry to persist under the Biden administration and looks to ramp up domestic production of chips and other components that China still relies on the U.S. for.

The new plan announced Friday also calls for stepping up international cooperation and will support big companies from Japan, the U.S., Europe, South Korea and elsewhere that want to set up factories and research facilities in China.

Many of the components covered in Beijing's new push, like sensors, are areas where Japanese companies have traditionally been successful, and the shift could impact their future plans as well. Businesses will face a key decision on how to secure their proprietary technologies while tapping new opportunities in the Chinese market.