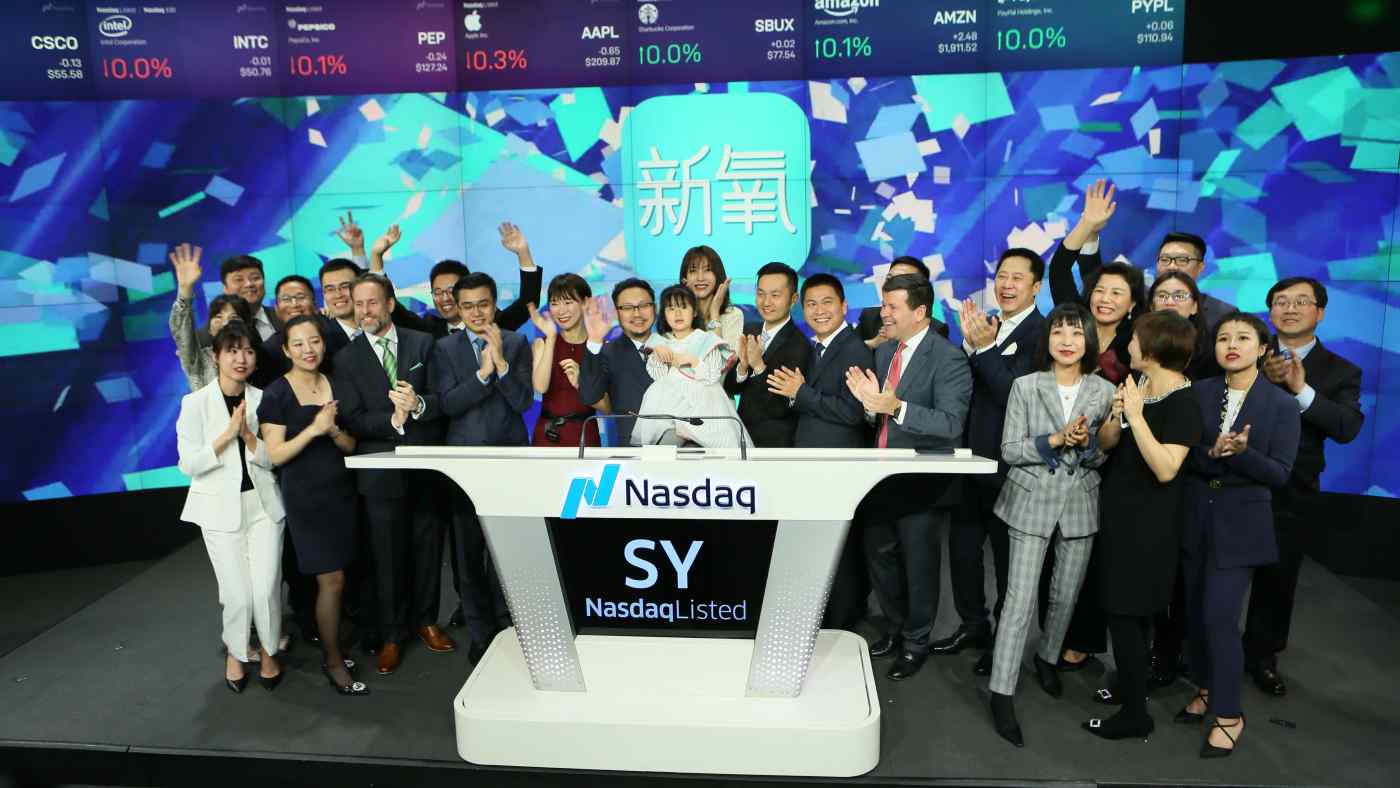 The Beijing-based company opened at $16.50 on its first day of trading -- about 20% above the IPO price -- crested at $19.98 and closed at $18.20 on a down day for the Nasdaq composite and two other big-name U.S. stock indexes. The company originally filed for a $150 million listing but later raised its target, a sign of high demand.

So-Young is the third Chinese unicorn to go public in the U.S. this year. The three more in pipeline include Hangzhou-based e-commerce startup Yunji, with an IPO scheduled for Friday.

The company logged revenue of $89.8 million for 2018, primarily by charging medical providers for information services and reservation services, according to its prospectus. Unlike many unicorns listing on Nasdaq, So-Young is profitable, reporting net income of $8 million for last year.

The aesthetic medicine market is growing fast in China, thanks to shifting mores and rising disposable income. The industry's revenue grew to $17.7 billion last year, with the country poised to become the largest market in the world by 2021, according to Frost & Sullivan research commissioned by So-Young.

So-Young's platform has a social media element, allowing users to share experiences and before-and-after pictures. The company also says in its prospectus that it uses artificial intelligence to recommend treatments. Most of the platform's users are 30 or younger.