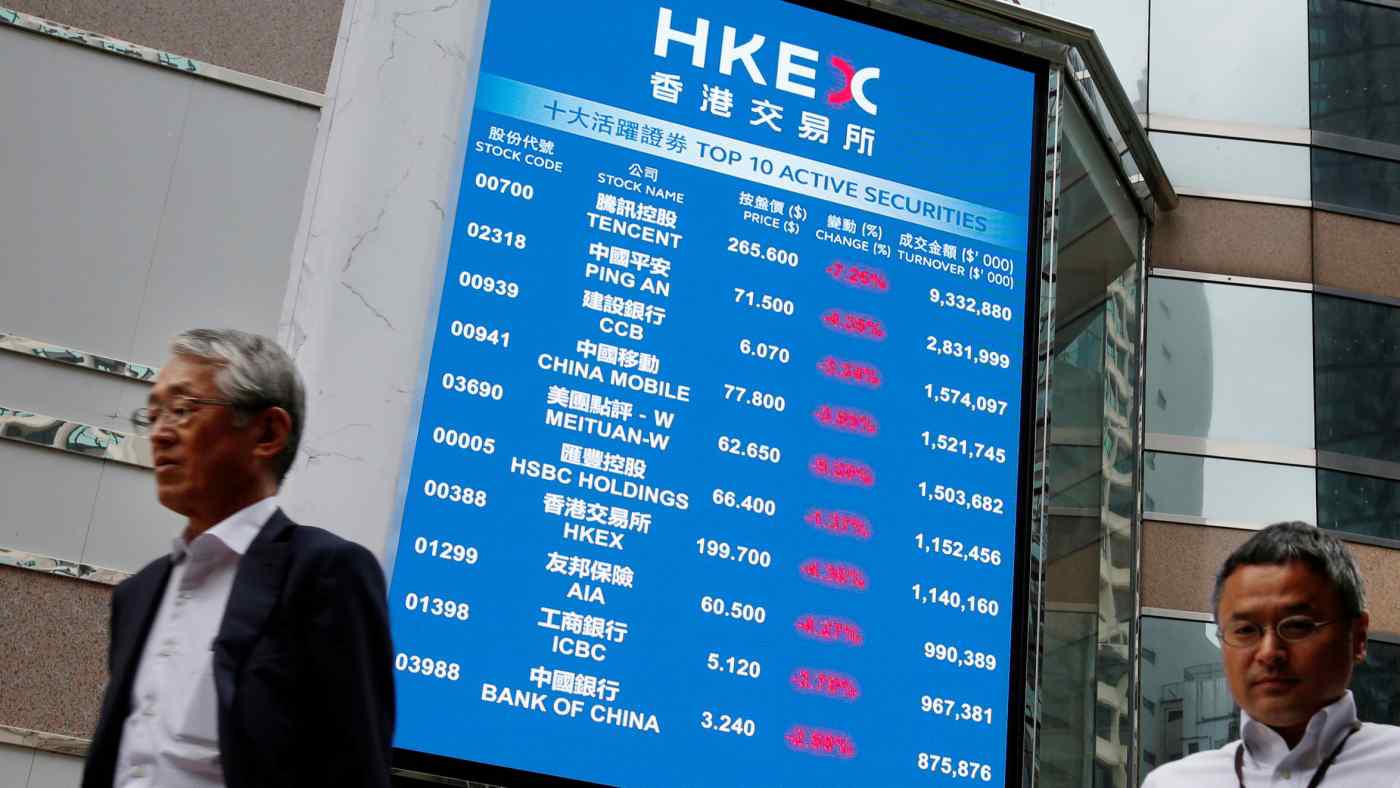 This reversal is encapsulated in the performance of internet group Tencent Holdings, whose WeChat app and online games are used by hundreds of millions of Chinese consumers. The onetime superstar in the Hong Kong stock market has seen its share price tumble 40% since January, wiping out more than $200 billion in market value. Tencent was a casualty, along with others, of last week's global equity market sell-off.

Tencent shares staged a comeback on Friday, rising more than 8%, but the global rout in tech shares has cast a cloud over Tencent's plans for a U.S. initial public offering of its streaming music unit, which media reports suggest has been postponed. It has also fueled wariness among investors about Chinese technology companies and startups amid a tighter regulatory environment.

"The market sentiment is very bad right now. I am not surprised if tech companies delay or withdraw their IPOs," said Mak To-man, investment director at Tao Investment Group in Hong Kong.

Tech companies are a focus of Mak's investment. But he has not invested in any recent tech listings, citing both dim earnings prospects and a crackdown by Chinese authorities on online video games and other internet platforms.

Choi said some startups could easily fall short of valuations they achieved in the pre-IPO funding rounds if they rush to the market in the current environment. Investors who participated in the early funding rounds would be urging the companies to delay their IPOs to avoid lower valuations.

"The pace of tech IPOs will definitely become slower over the next few months," Choi said.

The greater pressure applies not only to companies preparing to list. Smaller startups not ready to go public also face difficulties as China's once deep-pocketed venture capital industry loses momentum.

The amount of money available for investment among Chinese venture capital companies declined 44% on the year in the first half of 2018, according to a survey by Beijing-based research company Zero2IPO.

Kay-Mok Ku, a partner at Beijing-based venture company Gobi Partners, says cash-stressed Chinese venture capitalists have become more selective, and "many more laggards will be eliminated through the dearth of funding."

Despite the reported IPO delay for Tencent's music division, its investment team still appears confident about the market. Bloomberg reported that it is in discussions to raise a new dollar-denominated fund of at least $650 million, citing people familiar with the matter.

Coco Liu in Hong Kong contributed to this article.