Even in China, ubiquitous facial recognition begins to stir unease 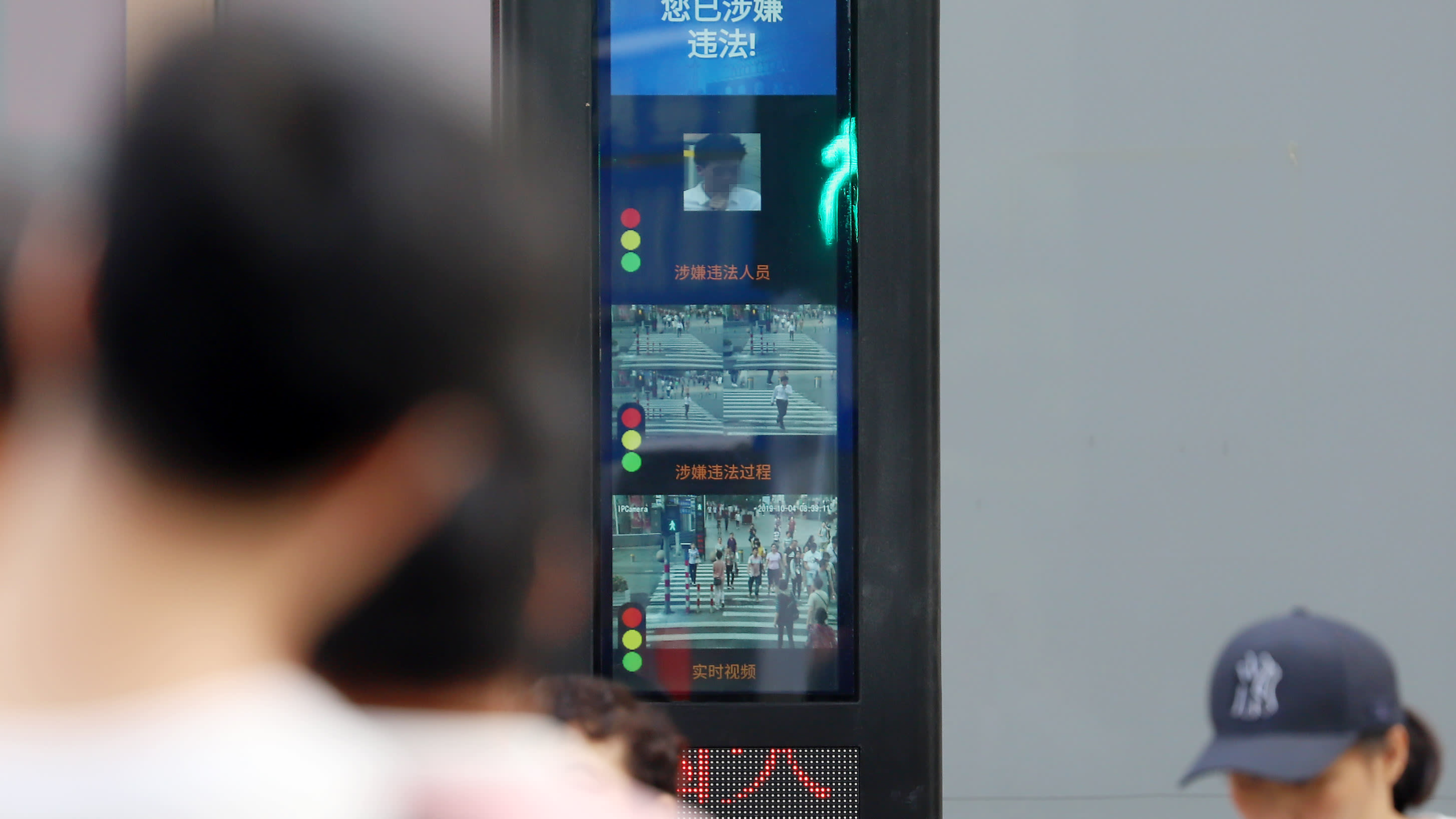 SHANGHAI -- From airport security lines and supermarket checkouts to street cameras that record jaywalkers, facial recognition has crept into almost every aspect of daily life in China.

The technology has gone largely unchallenged as the public accepted the trade-off between privacy and public safety or convenience. But a law implemented this week requiring new mobile phone users to register their faces has everyday citizens questioning whether the technology has gone too far.

"The consequences of facial data getting leaked are severe," said Wang Junxia, a 23-year-old office worker in Beijing. "What I care about is whether this kind of registration really is appropriate and whether the procedure is capable of protecting facial data."

Wang is not alone. In an online survey by state-owned China Daily last month, 65% of the respondents said they are against the use of facial recognition in public spaces. A survey this week by the Nandu Personal Information Protection Research Centre in Beijing meanwhile found that 74% of respondents want the option to choose traditional methods of identification over facial recognition.

Under the new rule, anyone registering a new SIM card must submit to a facial recognition scan, while telecom companies are required to use "artificial intelligence and other technical methods" to verify users' identities.

Wang Min, a homemaker in Beijing, said the rule, which went into effect on Dec. 1, is "no big deal," given how pervasive facial recognition already is. But even she is worried about data security.

"I just hope the technology is mature and the rules are clear, and data won't be leaked like what happened with Twitter," the 40-year-old said.

This growing unease at home comes as China faces international censure over its use of facial recognition and other surveillance technology.

In October, the U.S. blacklisted a number of Chinese tech companies -- including Dahua, Hikvision, iFLYTEK and SenseTime -- for allegedly abetting mass surveillance of the predominantly Muslim Uighur minority in the remote province of Xinjiang.

Fueling further controversy is China's attempt to set international guidelines for the industry. Dahua, ZTE and China Telecom are proposing new international standards for ratification by the International Telecommunication Union, a U.N.-related organization, the Financial Times reported on Monday.

Chinese companies already export AI surveillance technology to 63 countries, more than either their U.S. or Japanese peers. Crafting the industry standards could give them a further advantage.

The mobile phone requirement, for example, is aimed at combating online fraud, according to the Ministry of Industry and Information Technology, while the city of Shanghai attempts to discourage jaywalking by displaying offenders' faces on LED screens installed on telephone poles at major intersections.

The Shanghai Cancer Center has adopted facial recognition technology to prevent fraudsters from selling medical appointments online. Hospitals in big cities are often swamped by patients from rural areas who "buy" an appointment to avoid a long wait.

And in Beijing, subway operators plan to use facial recognition to expedite security checks at overcrowded stations. A "passenger credit system" will separate passengers into two categories, local media has reported. Those on a "whitelist" will be given easier clearance, while those deemed "abnormal" will be subjected to extra checks.

The controversial proposal provoked a storm of criticism on Chinese social media and the subway operator reportedly said they have no immediate plan to implement it.

Other applications have drawn a backlash, too.

A professor at Zhejiang Sci-Tech University sued Hangzhou Wild Animal Park in October for introducing facial recognition features for entry into the zoo, citing the violation of consumer rights.

"Many companies in China have a poor track record on personal data protection and some even actively leaked customers' information," Zhao said.

State-backed China Central Television recently reported that more than 5,000 facial images of Chinese citizens were put on sale online, at a price of 10 yuan ($1.40). The issue caused a furor online and was even taken up in the China Daily on Monday, in an op-ed calling for an investigation into the matter.

Still, according to Zhou, it is too early to know whether rising public resistance is sufficient to turn the tide. After all, "not all Chinese care about privacy," he said.

"I think the Chinese public is not rejecting the technology itself," Shi said. "It depends on what users could get in return from the scarification of their privacy." The majority may embrace facial recognition for public safety reasons, but scanning their face to enter a zoo will face stronger public push back, she said.

Either way, "the widespread deployment of facial recognition is inevitable," Shi said. "Some countries will move faster, while others will move slowly. But eventually, we all have to live with it."