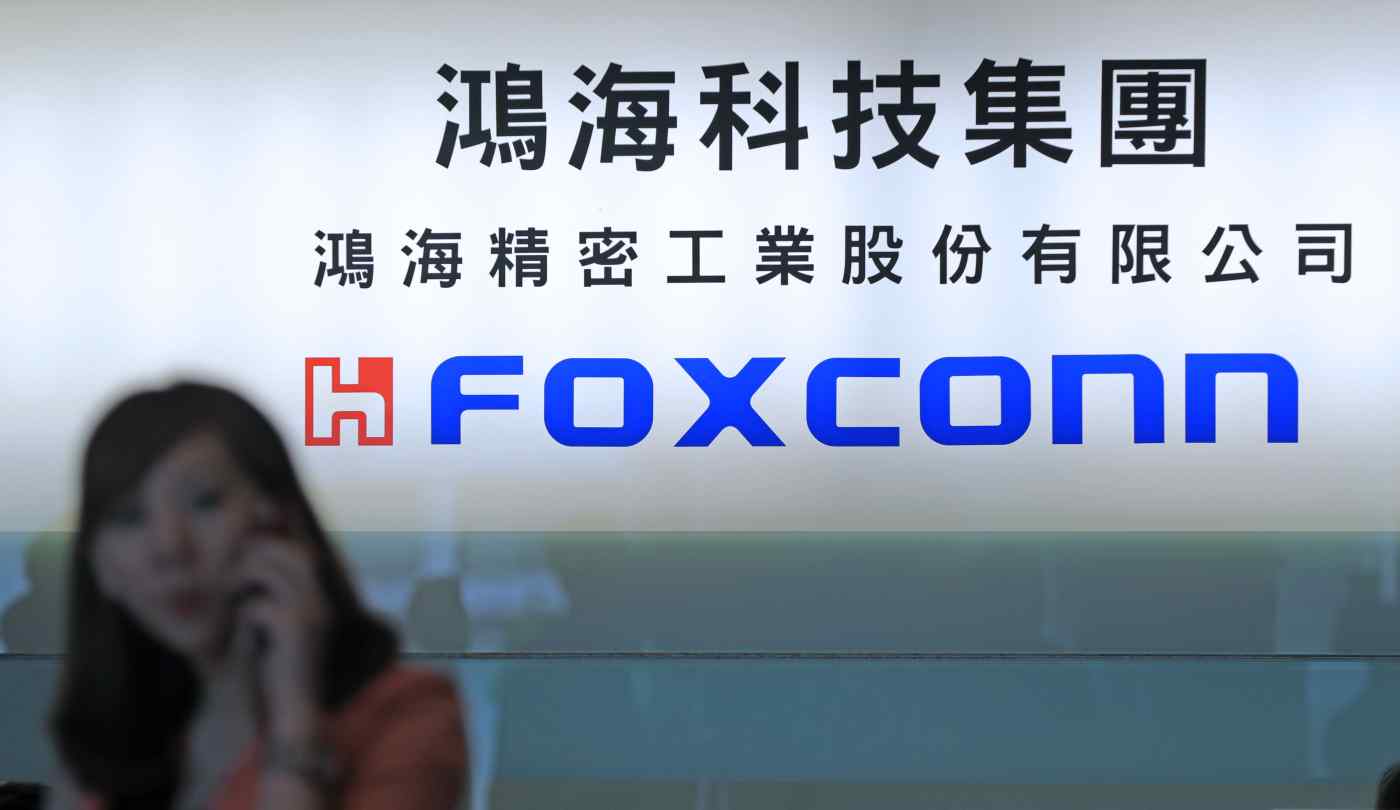 The Taiwan-based company -- which formally trades as Hon Hai Precision Industry -- is set to proceed with the project in the southern Chinese city of Zhuhai. The total amount of the investment in the project could add up to around 60 billion yuan, or $9 billion.

A majority of the investment is being subsidized by Zhuhai for what will rank as one of the country's top high-tech projects, according to people familiar with the matter.

The investment comes as Beijing reviews its Made in China 2025 industrial policy, which aimed to dominate cutting-edge technologies and was regarded as provocative by the U.S. But China has not given up its ambition to build a self-sufficient, advanced chip industry to power these advanced technologies.

Tensions between Washington and Beijing mounted further this week after the U.S. accused Chinese nationals affiliated with the government of seeking to steal sensitive technology and state information in a bid to secure economic gain. Beijing has denied the allegations.

The new facility -- which is due to begin construction by 2020 -- is also expected to position Foxconn as a challenger to industry leaders such as Taiwan Semiconductor Manufacturing Co., sources told the Nikkei Asian Review.

Foxconn is keen to use the project to reduce its reliance on Apple, which accounts for half of its annual revenue of 4.7 trillion New Taiwan dollars ($152.65 billion), as the global smartphone market slows.

Its plant will churn out chipsets for ultra high-definition 8K televisions and camera image sensors, as well as various sensors chips for industrial uses and connected devices, Nikkei has learned. The aim is eventually to expand the 12-inch chip facility in Zhuhai to make more advanced chips for robotics and autonomous vehicles.

The 60 billion yuan package will be distributed in stages, according to industry sources. But the Zhuhai chip project could still be changed or delayed because of political issues, sources added.

The Taiwanese company will make chips not just for its own use but for other customers, pitching it into direct competition with top players in the contract chipmaking sector: TSMC, U.S.-based Globalfoundries, Samsung Electronics' foundry unit, and Semiconductor Manufacturing International Co. of China, sources told Nikkei.

Foxconn is expected to form a joint venture for the project with Japanese electronics group Sharp, which it acquired in 2016, and the Zhuhai government, an industry source said. Sharp is the only Foxconn subsidiary with experience of chip manufacturing. However, the Japanese company stopped developing semiconductor technology when it ran into financial problems in 2010.

Zhuhai is the latest major project for Foxconn following the $10 billion investment in the U.S. state of Wisconsin to build a liquid crystal display panel plant.

Foxconn's legendary founder Terry Gou has had to tread a delicate path between Washington and Beijing as the two sides fight a bitter trade war. Gou's aim has been to retain good relations with both sides in order to leverage government support for major investments in both countries. However, concerns are emerging over the future of the Wisconsin investment as the state governor who helped to harness nearly $4 billion in tax breaks and other incentives for the project was ousted in November elections.

China, meanwhile, has been pouring funds from central and local governments to build a competitive semiconductor industry. Chipmaking, key to both national security and economic power, also forms one of the key battlegrounds in the technology clash between the U.S. and China. 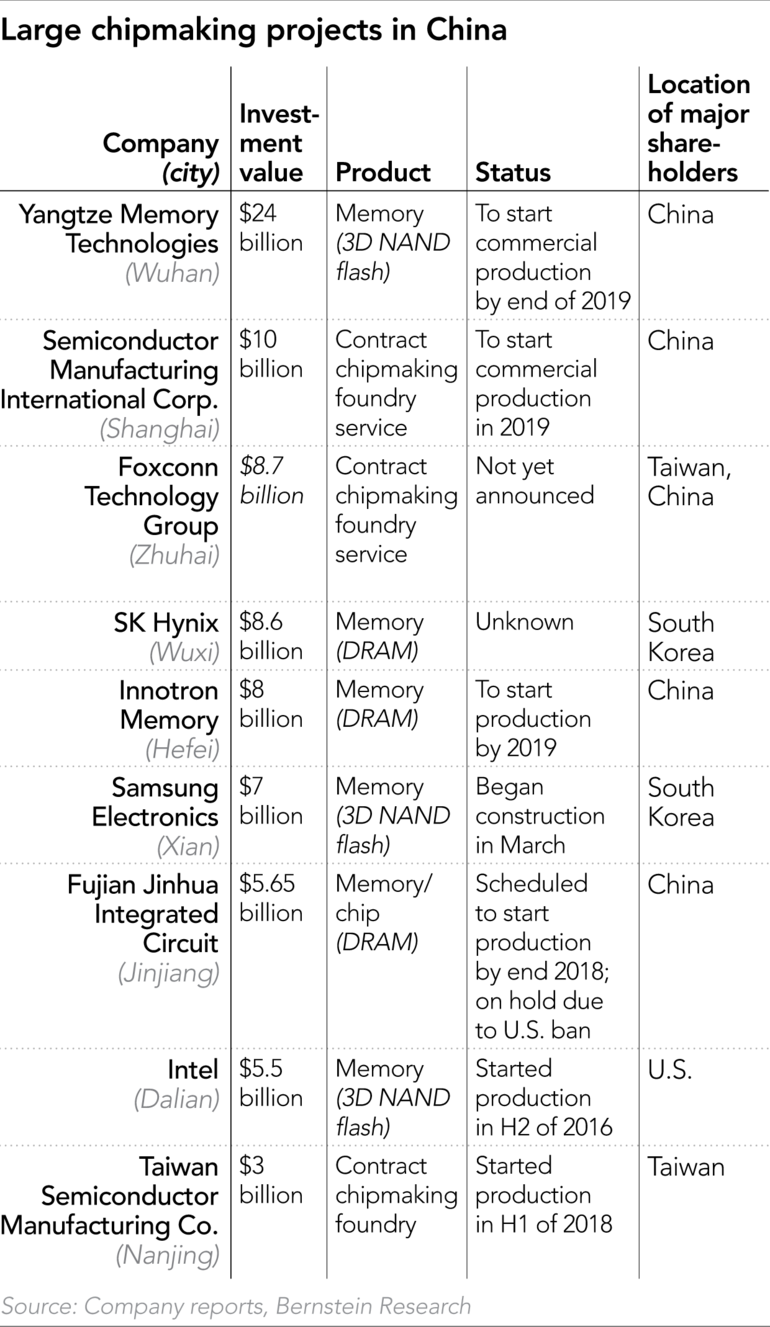 Foxconn and the Zhuhai government did not respond to Nikkei Asian Review's request for comments.

Foxconn inked a strategic cooperation agreement with the Zhuhai city government on a semiconductor project in August, without providing investment terms.

Foxconn has been keen to move into semiconductor production as a means to reduce its reliance on the contract electronic manufacturing business, which has wafer-thin profit margins.

However, Foxconn still has a relatively limited presence in the chip industry despite repeated efforts to expand over the years. Its four listed chip-related affiliates -- including semiconductor facility builder Marketech International that it took a majority stake this year -- are relatively small compared with its flagship electronics manufacturing business. Together they generated about NT$38.6 billion ($1.25 billion) in revenue and NT$1.98 billion in net profit in 2017.

"To build and run a chip plant really requires accumulated experience," said Mark Li, an analyst at Bernstein Research. "It's very challenging for newcomers such as Foxconn to step into chip manufacturing business overnight, and it really needs a long-term investment to advance technologies to make profits."

"Also, it's also very difficult for Foxconn to recruit that many chip engineers in a short time," Li added.