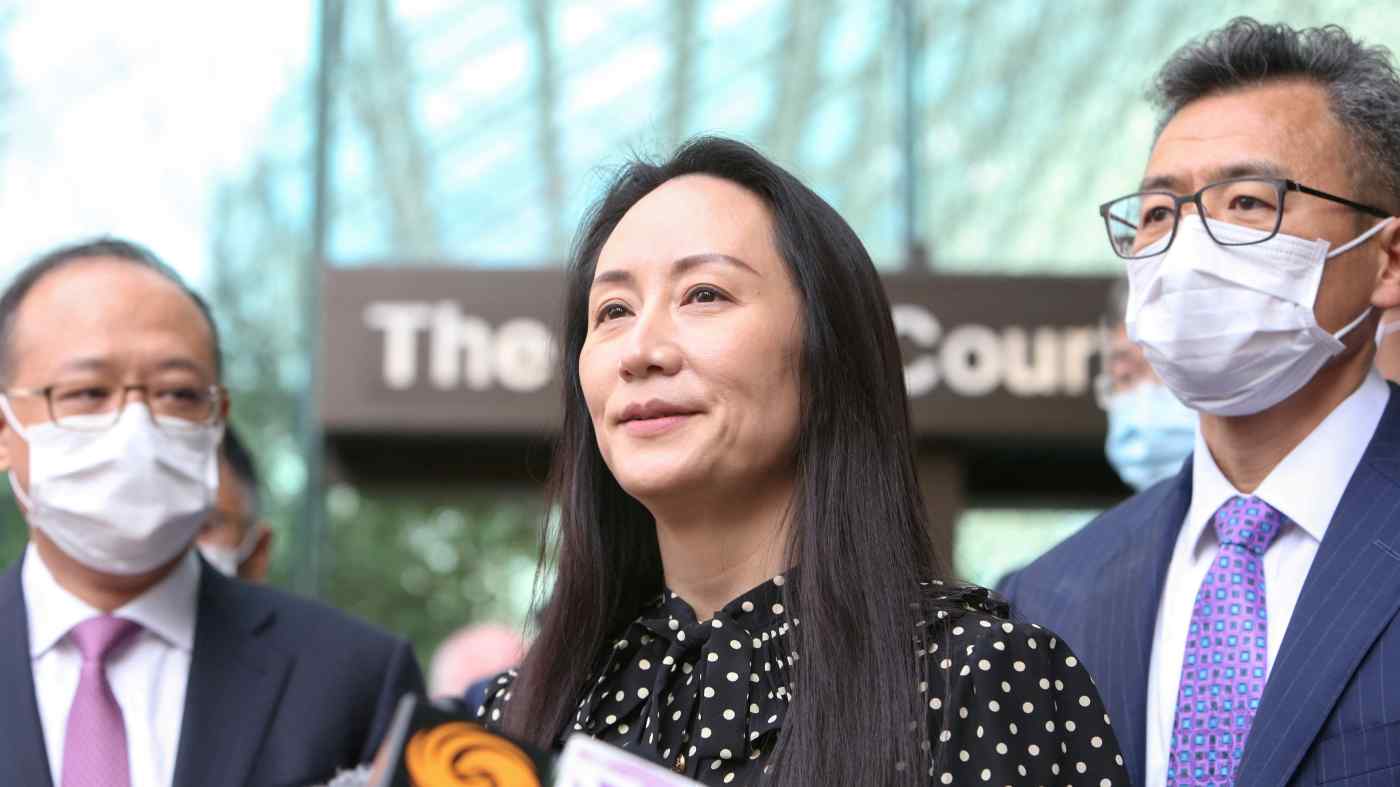 SHANGHAI (Reuters) -- Telecom giant Huawei Technologies has given its finance chief Meng Wanzhou, who returned to China in 2021 after nearly three years of detention in Canada, the new rotating position of chairwoman, according to the company's website.

Meng, the daughter of Huawei founder Ren Zhengfei, will act as the company's top leader and head Huawei's board of directors for six months when it is her turn. The announcement did not specify when her term would begin.

The rotating chairmen are Eric Xu and Ken Hu. Meng is also deputy chairwoman and will remain CFO, according to the company's website.

"The company is optimizing and refining its internal governance structure to make sure the company is built to last," a Huawei spokesperson said. "The supervisory board is responsible for the company's survival, development and long-term prospects."

Meng, whose English name is Sabrina, played a central role in the company's tussle with the United States, having been detained in Canada in 2018 over alleged attempts by Huawei-linked companies to sell equipment to Iran in breach of U.S. sanctions.

The United States then imposed a series of trade restrictions on the company throughout 2019 and 2020, citing national security concerns. This impeded Huawei's ability to design its own chips and to source components from outside vendors, crippling its smartphone businesses.

Meng was allowed to return to China in September after an agreement with U.S. prosecutors to end a bank fraud case.