'We would refuse' to harm clients by handing over data, Ren Zhengei says as more products banned 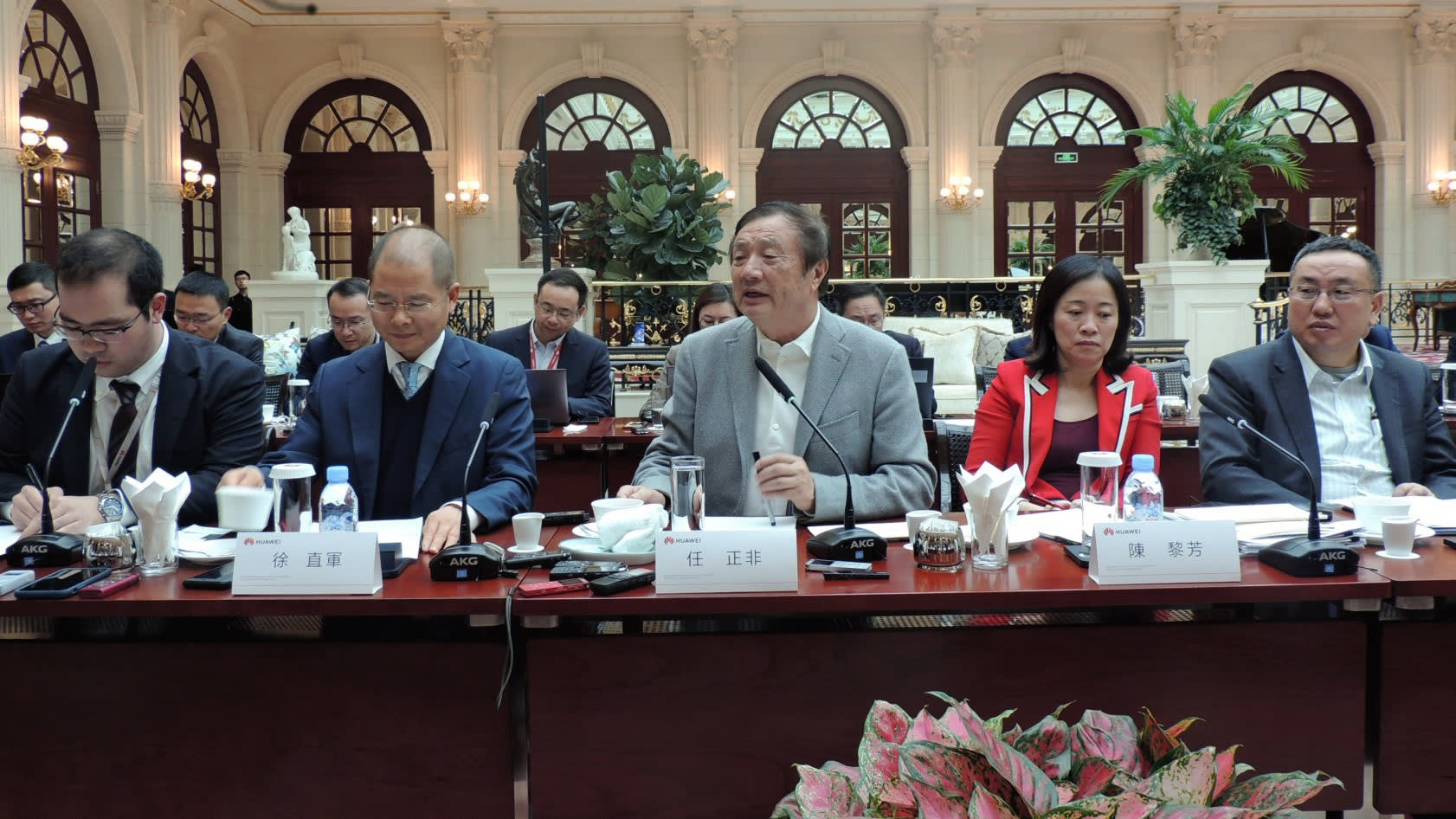 SHENZHEN -- Huawei Technologies follows the laws of the countries in which it operates, CEO Ren Zhengfei told reporters on Friday, as he embarks on a charm offensive to counter security fears that have seen his company's products banned from a growing list of markets.

In a 90-minute interview with Nikkei and other Japanese outlets, he provided repeated assurances that Huawei's products are secure, asserting that "over the past 30 years, we have never had an issue with safety."

That the notoriously reclusive Ren agreed to the meeting, which follows interviews this week with Western and Chinese media, hints at alarm at the tightening net around Huawei -- a serious problem for a company that has actively worked to cultivate foreign markets.

The Chinese technology giant has been barred from providing equipment for fifth-generation wireless networks in countries including the U.S., Japan and Australia, with Germany reportedly considering a ban as well. Ren's daughter, Chief Financial Officer Meng Wanzhou, was arrested in Canada last month on suspicion of violating U.S. sanctions against Iran, and news emerged last week that a Huawei employee was arrested in Poland on spying allegations.

While Huawei is not directly under the Chinese government's thumb -- unlike state-owned enterprises such as peer ZTE -- the Communist Party's control over the country is such that it expects even private businesses to fall in line. Beijing has positioned Huawei as a central player in its "Made in China 2025" industrial development initiative.

The National Intelligence Law enacted by China in 2017 requires companies and the public to cooperate with government intelligence-gathering activities. But "if we were asked to submit data in a way that would hurt our clients, we would refuse," Ren said.

"There have been no unjust requests for information from the Chinese government," he added.

Ren asserted that Huawei will "provide value to customers through our outstanding products and services." He also emphasized relationships with Japanese suppliers, noting plans to boost procurement from the country to $8 billion this year from $6.6 billion in 2018.

Yet regaining the trust of increasingly suspicious governments may prove difficult.

Authorities "can provide only limited assurance that all risks to U.K. national security from Huawei's involvement in the U.K.'s critical networks have been sufficiently mitigated," the report said.

Born in rural Guizhou Province in 1944, Ren served in the engineering corps of the People's Liberation Army and worked at an oil company before starting Huawei in 1987. He has stayed at the helm for three decades. "He's normally good-natured, but he's strict at work, and he's even yelled at executives," a Huawei employee said.

The company achieved rapid growth in a country where state-owned enterprises hold sway, thanks to speedy top-down decision-making and a focus on results above all. Huawei was among the first Chinese businesses to implement an employee stock ownership plan, an effort aimed at boosting motivation by sharing the fruits of success.