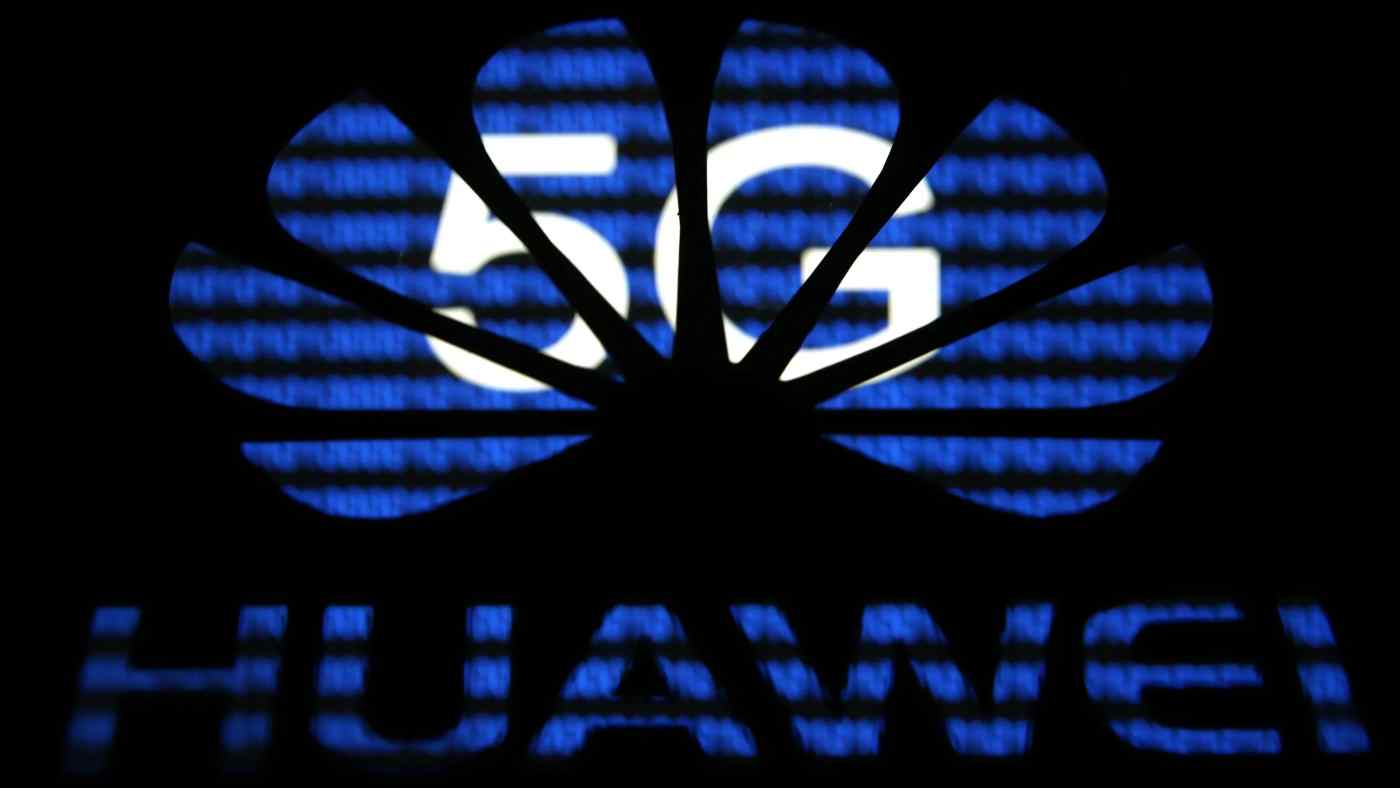 TAIPEI -- Huawei Technologies plans to introduce the world's first 5G television as early as this year and aims to be a top five PC maker in three years as the Chinese tech giant looks to challenge Samsung Electronics and Apple in the market for high-end consumer electronics.

The TVs will be equipped with a 5G module as well as a high-end 8K resolution display, sources familiar with the plan told the Nikkei Asian Review. This means they will be able to use the new generation network to download data-heavy content, such as 360 degree videos in which viewers can watch in every direction, and virtual reality programs. There are questions, however, over how soon the wider ecosystem for such services will be available.

Huawei's first attempt to make TV sets is fueled by a desire to complete its "ecosystem" of consumer electronics -- which already includes everything from smartphones to wearable devices -- even as analysts voice doubts over the strength of its brand image.

Among the potential benefits of a 5G TV is the fact it would not require the fiber optics or cable boxes that traditional cable or satellite broadcast services do. The TV could also act as a router hub for all other electronic devices in a home. The ultrahigh-definition 8K resolution, meanwhile, represents the most advanced TV screen on the market, with 16 times more pixels than the standard 1080 pixel high-definition.

Huawei is the world's biggest telecom equipment maker and in the first quarter of this year it overtook Apple to become the second-largest smartphone maker by shipments, just behind Samsung. It has signalled its determination to stay ahead in the 5G era. Besides 5G base stations, Huawei has already unveiled a 5G foldable smartphone and several home-use 5G routers that will be available later this year.

8K is also shaping up as an important battlefield.

Samsung is currently the world's biggest TV maker and just started shipping its own 8K TV without 5G capability starting at $4,999 this spring. Apple introduced the Macintosh TV in 1993, but it was not a hit, and the California tech giant has not released its own TV set since. It did, however, introduce a digital streaming box dubbed Apple TV in 2006 and has updated it several times to incorporate third-party applications, including Netflix. This March, the company unveiled Apple TV plus, a subscription service for original Apple content starring superstars such as Oprah Winfrey, Jennifer Aniston and Reese Witherspoon.

Many leading TV and camera makers are planning to roll out 8K products by 2020, as Japanese broadcaster NHK is set to broadcast the 2020 Tokyo Olympics in ultrahigh-definition. Samsung, LG Electronics, Sharp, China's TCL, and Hisense all showcased 8K TVs at the Consumer Electronics Show earlier this year.

Research company IHS Markit forecasts that shipments of 8K TVs will increase from less than 20,000 sets last year to 430,000 this year and to 2 million next year.

Huawei is not a total newcomer in the television business. The Chinese company's chip arm Hisilicon Technologies is the world's second-largest provider of TV chipsets after Taiwan's MediaTek, and supplies to various local brands such as Hisense, Skyworth and Changhong, as well as Sharp. It also builds its own 5G modem chips in-house. Modem chips are a crucial component that help determine the speed of data transfers and the quality of phone calls.

"Compared with existing TV makers, Huawei likely has the most resources and knowledge related to 5G ... so it's very natural at the moment it would want to get into the sector," said Eric Chiu, an analyst at WitsView. "It's not yet known whether Huawei could quickly grab market share, but such a move could definitely help the Chinese company expand its brand into a new market and boost its ecosystem."

C.Y. Yao, a tech analyst at the Taipei-based TrendForce, said there are still many challenges ahead for 5G-capable 8K TVs. "In addition to 5G base stations, you also need small-cell stations in the region, and there needs to be an ecosystem for 8K, including cameras, and 8K TV processors, encoders and decoders to broadcast 8K content, which are not yet mature."

Cooperation with telecom operators to support the 5G service is also needed, which would disrupt current cable broadcasters, Yao added.

In addition to getting into TVs, Huawei has also set a goal of becoming a top five PC maker by 2021 and target to triple shipments in that segment for 2019, a source told Nikkei. Though Huawei relies heavily on Intel for processor chips for laptops, the Chinese company is developing its own central processing units, or CPUs, for its computer product line, the person said.

Huawei is a latecomer to this market, having introduced its first laptop computer in late 2017. It shipped some 1 million units last year in the overall PC market of about 259 million units, according to research company IDC. Apple -- whose MacBook line of laptops served as the inspiration for Huawei's MateBook and MagicBook -- is the world's No. 4 PC maker, shipping some 18 million units last year.

President Linford Wang of Tablet&PC Product Line of Huawei Consumer Business Group told Nikkei that his company is making computers in hopes of completing its consumer electronics ecosystem. "But if we are able to expand our market share, that's very welcome too."

Joey Yen, an analyst at IDC, said Huawei's emerging PC business is doing well in China, its home market, grabbing a nearly 4% share last year despite its recent entry and could gradually put some pressure on smaller PC makers such as Acer and Asustek Computer. "It also has chances to expand in emerging markets first," said Yen.

While she was less confident about Huawei's ability to challenge Apple's strong brand image, she noted the thinking behind the company's strategy. "It will surely hope that building key consumer electronics products such as laptops, smart speakers, earphones, and TVs will help consumers stay inside its ecosystem and be more loyal to Huawei's phones."

Huawei's consumer electronics unit has become the company's biggest revenue contributor for the very first time in 2018, making up 48.4% of annual sales of 721.2 billion yuan ($105.2 billion).

Its flagship telecom equipment business, however, experienced headwinds in many markets since last year as the U.S. has been lobbying allies to ban the use of the Chinese company's equipment in crucial network infrastructure, citing cyber espionage concerns.

Huawei has consistently denied all the allegations and sued the American government on March 7 over being blocked from the country.

Huawei has already rolled out a wearable product line including smart watches and wristbands, similar to Apple Watch and Fitbit's offering. It also makes wireless earphones FreeBuds and FlyPods from its diffusion line Honor, to compete against Apple's AirPods. The company's AI speaker unveiled last October as an answer to Apple' voice-activated Homepod.

For 2018, it shipped 206 million units of smartphone and ranked as the world's third largest vendor, just behind Samsung and Apple.

Huawei did not respond to Nikkei's request for comments.