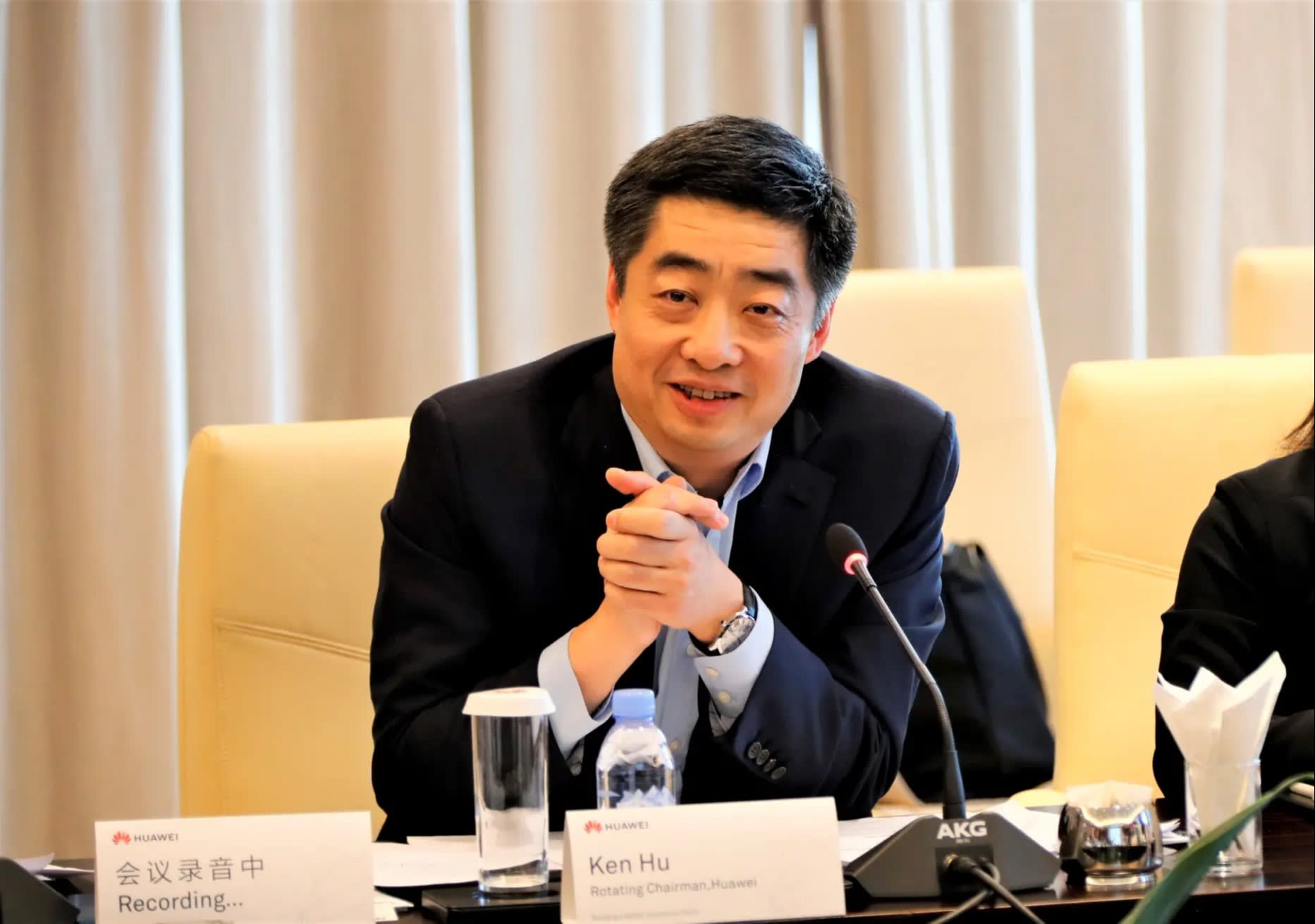 DONGGUAN, China/TAIPEI -- A top executive at China's Huawei Technologies slammed as groundless the growing accusations that its telecommunications equipment poses a spy threat and warned that efforts to shut out Huawei from international markets will harm the wider economy.

"We have more than 13,000 suppliers globally, and we are purchasing $70 billion in components and parts this year," Rotating Chairman Ken Hu said at a news conference in the southern Chinese city of Dongguan on Tuesday. "Any abnormal disruption on supply chains not only will pose an impact on suppliers, it will also deal a great blow to the global economy."

Reporters from a dozen countries attended the two-hour event, held to counter weeks of mounting criticism against the company. While denying that Huawei posed any threat in the shift to fifth-generation wireless communications, Hu vowed to spend an additional $2 billion to ease cybersecurity concerns.

"If you claim Huawei has security concerns, you should at least provide the evidence to support your argument," Hu said. Over the past 30 years, no evidence supports the notion that Huawei poses national security threats to any country, he said. Huawei headquarters in Shenzhen. The telecom equipment maker does business with more than half of the world's 500 biggest companies, Chairman Hu said. (Getty Images)

The news conference, which follows the recent arrest of Chief Financial Officer Meng Wanzhou in Canada on suspicion of violating U.S. sanctions against Iran, comes as the world's largest telecom company finds itself increasingly shut out of global 5G network projects amid concerns about its ties to China's government.

Hu declined to comment on Meng's situation following her release on bail. But he said travel plans for Huawei executives are proceeding as usual. "I was on a plane this hour yesterday," he said. "I just came back from Europe."

He was also bullish on Huawei's fundamentals despite its international headwinds. Revenue is set to top $100 billion this year, Hu said, and the equipment maker does business with more than half of the world's 500 biggest companies by revenue.

Describing the five-year, $2 billion cybersecurity spending program, the chairman said his company would do everything possible to ensure that all of its products are safe and continue to improve corporate transparency.

Huawei will open a security transparency center in Brussels early next year to offer government agencies and clients a platform to test the company's products, Hu said. The company already operates similar centers in the U.K. and Canada, and opened a cybersecurity laboratory in Germany last month.

The Chinese company also faces strong headwinds in Australia, New Zealand, Canada and Japan, where officials have banned or considered restricting the use of the Chinese supplier's equipment in government procurement involving 5G networks.

"Banning a particular company from market competition cannot fundamentally address the concerns of cybersecurity," Hu said. "Locking competitors out of a playing field cannot make you a better contender."

In some cases, certain countries target a particular company out of unfair speculation based on ideological or geopolitical concerns, he said.

But Huawei acknowledged the business vulnerability if it also were blocked from using American technologies, a punishment that the U.S. adopted against fellow Chinese telecom equipment maker ZTE earlier this year, citing violations of sanctions involving Iran. Huawei gave reporters a tour of an R&D center dubbed the "White House" at its headquarters. (Photo by Shunsuke Tabeta)

On Tuesday, Huawei gave international reporters a tour of the cybersecurity lab at its newly built Songshan Lake campus in the southern Chinese city of Dongguan. Reporters also were shown its R&D center, nicknamed the White House, in Shenzhen.

The press tour and two-hour news conference are part of Huawei's efforts to erase security concerns and to showcase its innovation.

But a prominently displayed Chinese slogan at the R&D center -- "Sacrifice is a soldier's highest duty, victory his greatest contribution" -- alludes to company's military ties. The saying is a favorite of CEO Ren Zhengfei, the former People's Liberation Army engineer who founded the company, reporters were told.

Western nations and U.S. allies are unlikely to change their stance on the company soon despite Huawei's efforts to downplay security concerns, say market watchers such as Remus Hsu, a telecom analyst at the Taipei-based Market Intelligence & Consulting Institute.

The analyst said the boycott against Huawei initiated by the U.S. has started to work, as many developed countries gradually joined a common front with the world's largest economy this year.

"What Huawei is facing now is not technological issues. It apparently is about politics," Hsu said.