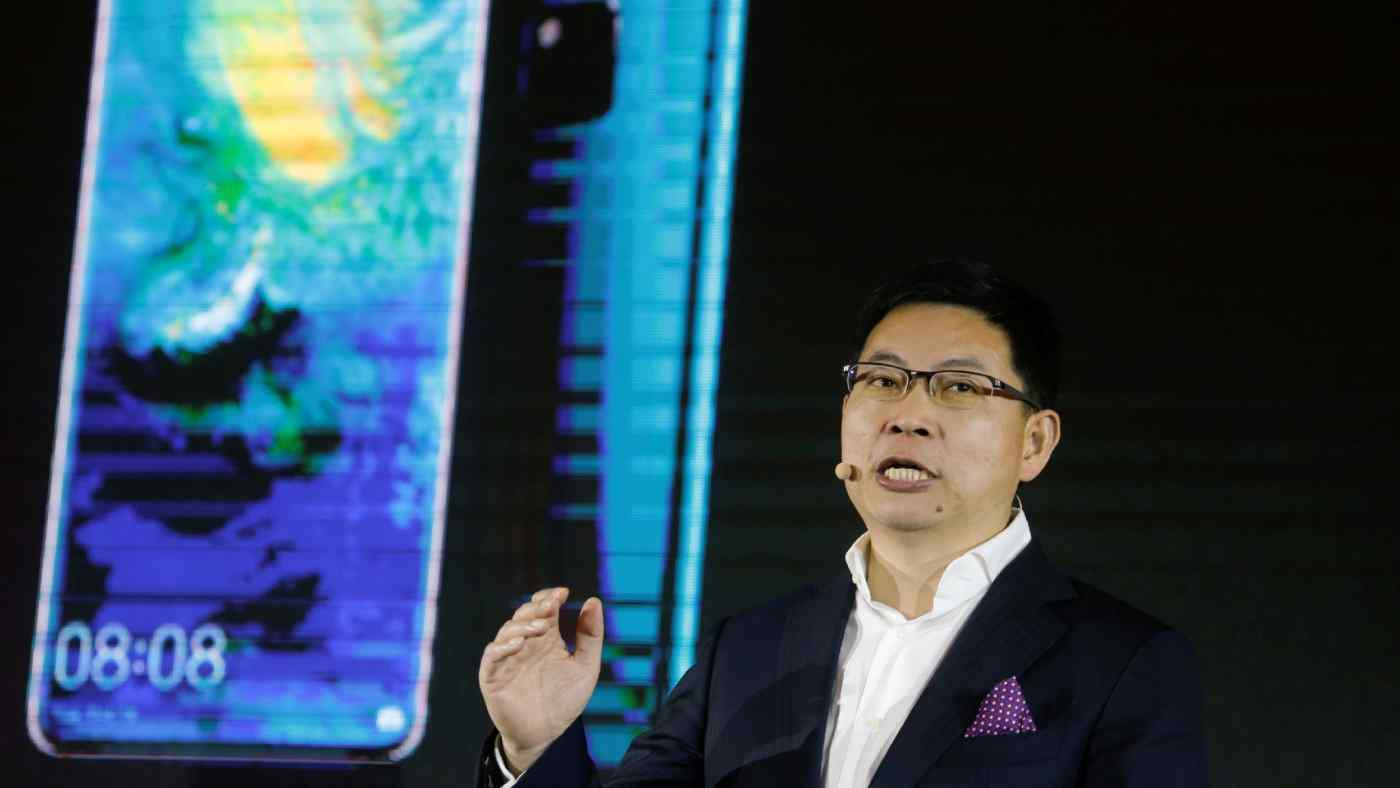 BEIJING/GUANGZHOU -- China's Huawei Technologies unveiled the world's first 5G modem and compatible smartphone Thursday as it seeks to expand market share by getting a jump on U.S. rivals and becoming more self-sufficient.

The Balong 5000 features download speeds that are 10 times faster than the current 4G standard and twice as fast as competitive products from American chipmaker Qualcomm. The multimode chipset also supports 2G, 3G and 4G, unlike Qualcomm's 5G modem. The 5G CPE Pro smartphone, which runs on the Balong 5000, is set to begin sales in China and elsewhere in the April-June quarter.

Huawei has prioritized the development of smartphone chipsets. The company uses its own modems in about half of its smartphones now but wants to become even more self-sufficient, Richard Yu, CEO of Huawei's consumer business group, told Nikkei. He said that Beijing's target of 70% self-sufficiency was possible.

The telecommunications equipment maker currently uses products from Qualcomm and Taiwan's MediaTek for its budget smartphones.

Semiconductors for central processing units and communication chips comprise 10% to 20% of a smartphone's production cost and go a long way toward determining performance. Qualcomm unveiled a chip in December that boosted CPU performance by 45%.

China controls 40% of the world's chip market by value, but its rate of self-sufficiency is seen at just 10% to 20%. Chinese telecom equipment maker ZTE was nearly driven out of business after the U.S. banned transactions with the company, crippling its ability to procure semiconductors.

To address this risk, President Xi Jinping aims to increase China's semiconductor self-sufficiency to 40% in 2020 and 70% in 2025 as part of his "Made in China 2025" initiative to modernize domestic industry.

Countries around the world are also moving to ban Huawei products, including base stations, over national security concerns. There are at least eight countries and regions that have already banned Huawei technology or are considering doing so, a potential blow to earnings.

Huawei's sales rose 21% in 2018 to $108.5 billion, about half of which was earned overseas. As headwinds blow in U.S.-allied countries, CEO Ren Zhengfei said the company will focus on markets where it is welcome, such as Asia, the Middle East and parts of Europe, which have awarded it contracts for 5G base stations.