In China, Zoom no match for Alibaba's videoconference app 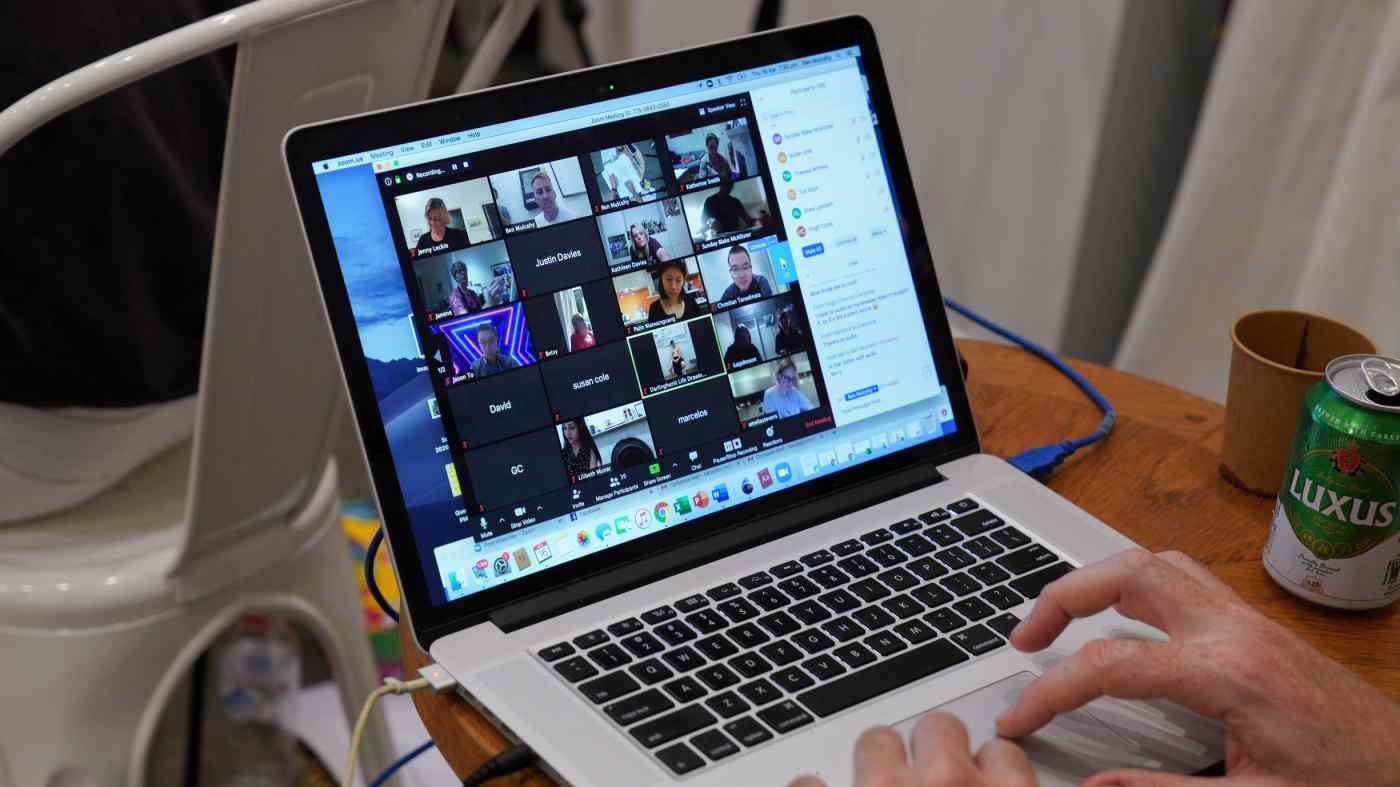 Videoconferencing app Zoom is one way companies are conducting both internal as well as external meetings to reduce the need for potentially dangerous physical encounters due to the spread of COVID-19.   © Reuters
SHUHEI YAMADA, Nikkei Asia Tech chief editorMay 13, 2020 02:08 JST | China
CopyCopied

TOKYO -- Chinese business professionals working from home have embraced videoconferencing apps produced by Alibaba Group Holding and Tencent Holdings, instead of Zoom, the favorite among U.S. users, in a trend that could create a compatibility issue in cross-border business talks.

DingTalk, developed by Alibaba, won the crown for most downloads in China during the first quarter of the year, U.S. analytics firm App Annie said. Not only is DingTalk used for videoconferencing, teams can share documents via the all-in-one telecommuting platform.

Tencent Meeting, released in December, came in second place. Zoom placed sixth by downloads in China during the January-March quarter.

"DingTalk was originally the most well-known business chat tool in China," said Shunsuke Mukai, the country director at App Annie, Japan. "Then Tencent rolled out its new app at the perfect time."

In the U.S., the app produced by Zoom Video Communications sits atop the heap, while Microsoft Teams comes in second. Japan's market is similar, with Zoom taking second place and Teams ranking fifth.

Because App Annie does not publicize precise download numbers, which are derived only from smartphones and tablets, direct comparisons cannot be made. But the data suggests a split in videoconferencing, with China on one side and the U.S. and Japan on the other.

This division could cause issues if Chinese professionals try to hold videoconferences with American or Japanese counterparts.

With anti-U.S. sentiment high amid the trade war, Chinese companies are unlikely to embrace Teams.

Alibaba and Tencent have released Japanese-language versions of their apps, but corporate Japan has not rushed to download the platforms.

At this stage, Zoom is the most realistic option for conducting videoconferences with Chinese enterprises on the same platform. But the app was blocked temporarily in China last fall. Zoom also came under fire last month for routing some non-Chinese communications through Chinese data centers.

Major companies are able to develop proprietary videoconferencing systems, and negotiations can be conducted without formal gatherings. But the world should be aware that China is building its own business application eco-system.