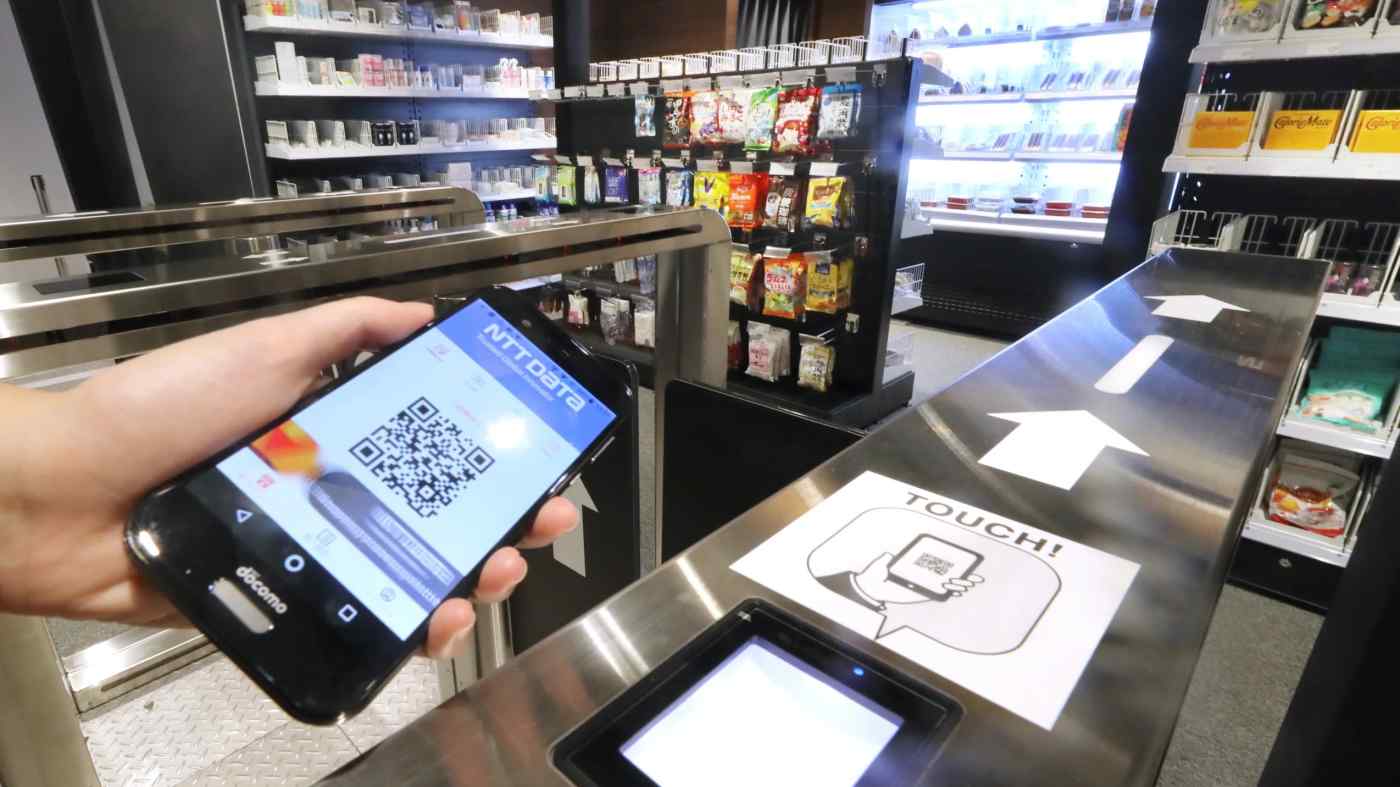 TOKYO/SHANGHAI -- Japanese system integrator NTT Data has linked up with a Chinese startup to provide cashier-free operations for convenience stores and other retailers.

The deal is part of a growing trend among Japanese companies to adopt cutting-edge technologies from China and other Asian countries.

CloudPick uses sensors and monitors to track shop customers, handling payments via QR codes used in smartphone apps. The startup has installed its technology in 30 stores in cities including Shanghai and Beijing.

NTT Data's new system will combine technology from CloudPick with its own Cafis cashless payment system, and market it to convenience stores, pharmacies and other retailers in Japan.

Customers will scan a QR code via a smartphone app to enter the store, choose their goods and then leave, with payments automatically recorded when they exit the premises.

Despite being a relative latecomer to the field -- behind Amazon.com of the U.S. and China's JD.com -- NTT Data hopes to have the system installed in about 1,000 stores by fiscal 2022.

CloudPick is among a number of Chinese companies already running cashier-free stores, such as the BingoBox unmanned convenience store chain.

Seven-Eleven Japan is trying out a facial recognition system developed by NEC, while Fujitsu has developed a biometric system. Lotte is using Fujitsu's system at some of its 7-Eleven stores in South Korea.

Retailers are still not completely sold on the idea of unstaffed shops due to the need to stock and display merchandise, as well as concerns about shoplifting. Likewise, Chinese consumers are staying away from such shops due to the dearth of goods for sale and issues with store cleanliness.

Also, according to one retailer in China, unstaffed stores cannot turn large profits owing to the huge initial investment required to set them up.

In Japan it is almost a foregone conclusion that stores like this and other relatively cashier-free models will catch on due to the country's acute labor shortage. It is simply a question of waiting for the right technology solution to come along.

Nippon Telegraph and Telephone Group -- NTT Data's parent and one of Japan's tech leaders -- spends more than 200 billion yen ($1.88 billion) annually on research and development. But the speed at which new technologies are appearing has forced it to look overseas to China and other countries for help in keeping up.

The group rarely relies on Chinese companies, but NTT Data decided on CloudPick due to its track record and low cost.