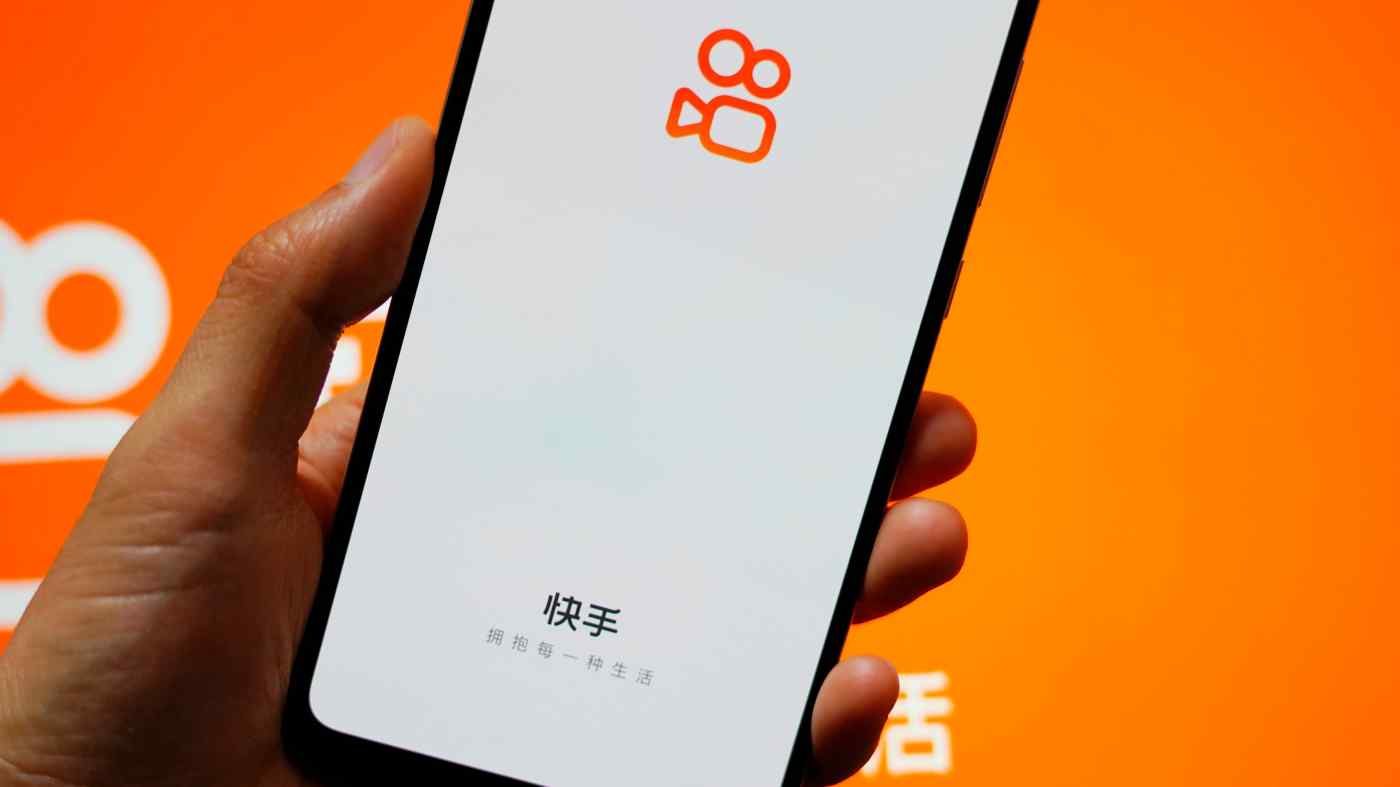 HONG KONG -- For a long time after it launched in 2011, Kuaishou Technology -- the short video platform now seeking $5.4 billion in the world's largest initial public offering since the beginning of the coronavirus pandemic -- was best known for humdrum videos created far from China's bright lights.

They were often filmed on cheap smartphones and uploaded by the protagonists with little editing. These grassroots video makers would chat with viewers during their livestreaming programs and some would earn tips from hard-core fans in the form of "virtual gifts," which can be converted to cash.

Such beginnings established Kuaishou, little known in China's big cities, as a platform for people in smaller ones and rural areas to share their lives and talents. It was a contrast with ByteDance-owned Douyin, which is the Chinese version of TikTok and more often features influencers and bloggers living a trendy cosmopolitan life. Kuaishou users are often known as lao tie, or "old fellows''.

But that has not stopped Kuaishou growing into a platform with more than 300 million users -- mostly in China -- and expanding into gaming, online education and e-commerce. Like Chinese e-commerce platform Pinduoduo, which has grown strongly even in a market carved up by Alibaba Group and JD.com, Kuiashou's story shows the power of China's neglected masses.

Despite lower buying power, Kuaishou's users are more loyal, analysts say, and more likely to spend based on recommendations of the platform's down-to-earth bloggers.

Kong Rong, a Shanghai-based analyst at Everbright Securities, attributes Kuaishou's success to its focus on a largely untapped market and its decentralized algorithms, which help give more exposure to the ordinary content creators on its platform.

Kong describes a typical Kuaishou user as a middle-aged male in a third or lower tier city, while a typical Douyin user is a young white-collar female worker in a big urban area.

"Unlike Douyin which tends to divert more user traffic to a small number of powerful content creators, Kuaishou gives more exposure to ordinary hosts ," Kong said in a recent report.

And that encourages content creation, higher user loyalty and engagement. In the first nine months of 2020, 26% of Kuaishou monthly active users were also content creators. They uploaded 1.1 billion video clips a month on average, according to the company's renewed prospectus to the Hong Kong Stock Exchange.

Kuaishou is expected to be valued at between $55 billion and $60 billion as a result of its IPO, in which a number of major U.S. fund managers have agreed to invest. It is poised to be the largest IPO in Hong Kong since mobile infrastructure company China Tower raised $7.4 billion in August 2018. Trading in Kuaishou's shares will start on Feb. 5.

Currently, Kuaishou generates most of its revenue through the sale of virtual gifts. They stood at 25.3 billion yuan in the same first nine months.

However, virtual gifting is declining as a share of overall revenue as Kuaishou expands into other areas, partly driven by tighter regulations.

In November, China's media watchdog ordered that hosts and gift givers on live-streaming platforms register their real names and banned teenagers from gifting altogether. Live-streaming platforms must also limit the amount of money a user can give hosts as a tip. Authorities have also tightened rules for personal data collection of mobile apps as well as for the anti-competitive behavior of platform companies.

In its efforts to diversify, Kuaishou is investing heavily on e-commerce and has provided heavy subsidies for consumer purchases. Live-streaming has become a popular way for merchants to sell to consumers during the pandemic. Kuaishou's e-commerce sales more than tripled to 204 billion yuan ($31.5 billion) in the first nine months of 2020 from the whole year of 2019, its IPO prospectus shows.

Between December 2019 and May 2020, hosts on Kuaishou sold products worth 104.4 billion yuan compared to just 11.9 billion yuan on Douyin, according to Chinese research company Mianchao. That is despite the fact that items Kuaishou offered were about 35% cheaper than Douyin's in the top 10 retail categories.

Carlton Lai, an analyst with Daiwa Capital Markets, believes that Kuaishou has an advantage in developing online game-related business thanks to its ties with Tencent Holdings, which holds a 21.57% stake.

Tencent is China's largest online game developer and controls two of the biggest gaming live-streaming platforms -- Douyu and Huya -- which are in the process of merging. Douyin is also looking to expand its online gaming business and has embarked on a hiring spree.

"It's inevitable that Kuaishou and Douyin will have more overlapped businesses going forward," Lai said.

But while Kuaishou also has separate short video apps for the international market, like ByteDance's TikTok, they have been less successful so far.

"Kuaishou was too late to the game for the overseas market," said Lai. "But there is a huge interest from international investors for Kuaishou partly because of TikTok's popularity overseas."