'Made in China 2025' forges ahead with EV dominance in sight

From batteries to motors and finished cars, China expands footprint 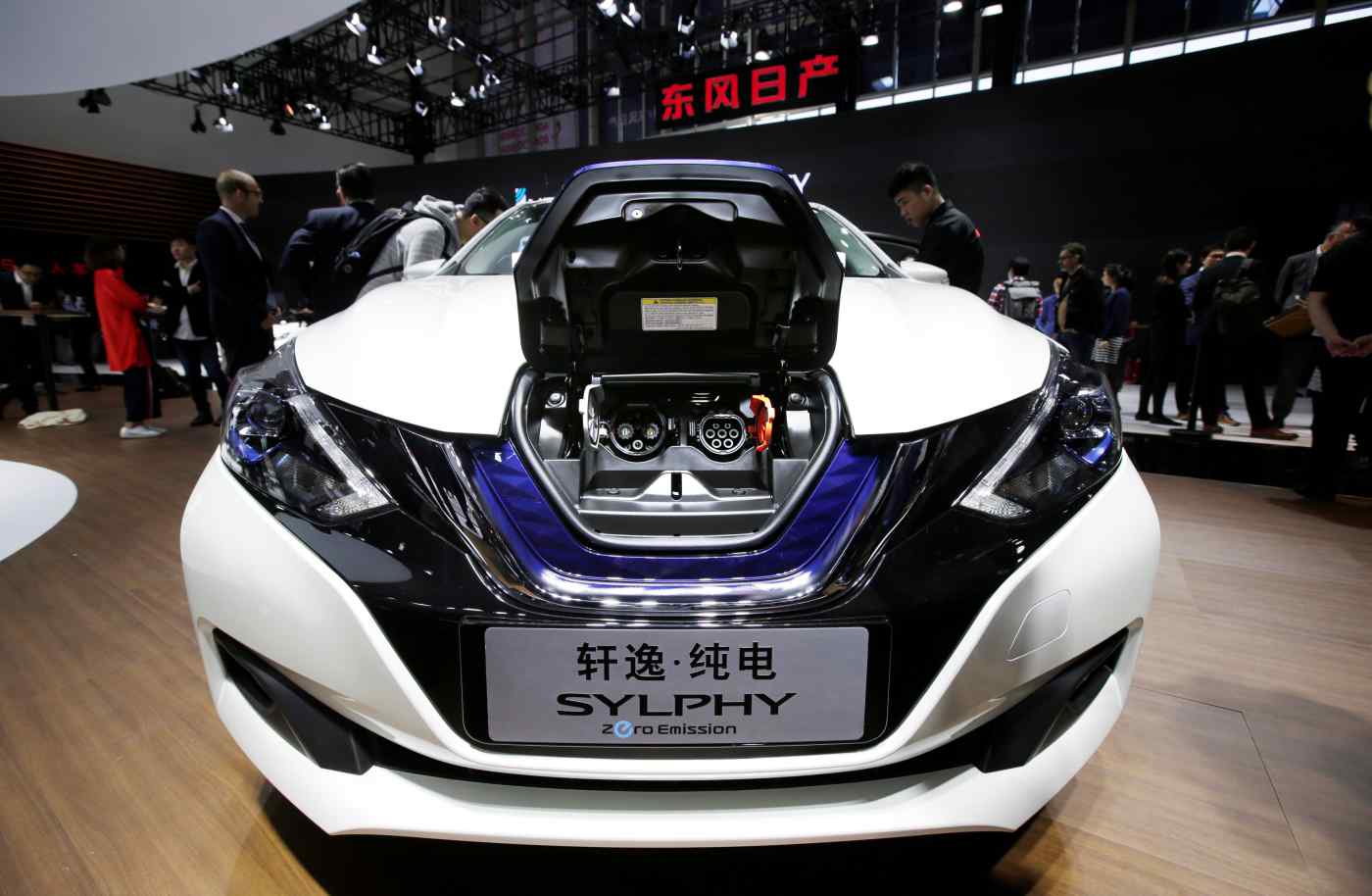 SHANGHAI -- As the Sino-U.S. trade war morphs into a fight for technological supremacy between the world's two biggest economies, Washington is focused on delaying -- if not outright derailing -- Beijing's "Made in China 2025" initiative.

It is unclear whether the U.S. will succeed. But China clearly is forging ahead quietly with the 10 goals of the initiative, chief among which involves becoming an indispensable source of electric vehicle technology such as batteries and drive motors.

Nissan is a pioneer in the field, having released the world's first globally mass-produced electric vehicle -- the Leaf -- in 2010, a project in which Kadota was involved.

"At that time, all parts were made in Japan," said Kadota, speaking at the Shanghai International Automobile Industry Exhibition in April.

But times have changed. For the Sylphy, Nissan uses batteries made by Chinese manufacturer Contemporary Amperex Technology Ltd., known as CATL.

Batteries account for nearly one-third of an electric vehicle's cost, and Chinese batteries dominate the market.

"No companies can compete with Chinese makers in the production scale and cost of EV batteries," said Shinichi Murakami, head of the technical center at Dongfeng Nissan.

In the Government Work Report presented to the National People's Congress in March, Chinese Premier Li Keqiang underlined the importance Beijing places on adopting clean-energy vehicles. The premier has repeatedly stressed this point.

Beijing debuted the Made in China 2025 effort in March 2015 and featured it prominently until drawing Washington's ire as part of the larger trade dispute. Li's 2019 report made no mention of the initiative, raising speculation that Beijing may not want to incite China hawks in the U.S. further.

But Li continues to cite new-energy vehicles as part of the country's policies to clean up the environment, a tacit admission that Made in China 2025 remains in full swing and that dominance in the electric vehicle sector is part of the plan.

China's environmental policy, announced in October 2015, calls for reducing the total consumption of oil by new cars to 4 liters per 100 km by 2025. With current consumption at roughly 6.7 liters per 100 km, Beijing estimates that 7 million new-energy vehicles will need to be sold to achieve the goal.

The government now requires that automakers meet quotas for new-energy cars, with the goal to have at least 80% domestically sourced key components. To this end, Beijing is heavily subsidizing the country's EV sector.

CATL is a prime example of the government's largesse: At the Shanghai auto show, nearly half of the new electric vehicles were said to be equipped with the company's batteries. In 2018, seven of the top 10 battery makers were Chinese. Made in China 2025 also has spawned a wave of promising startups in the increasingly digitized auto industry. Hesai Technology, founded in 2013 in Silicon Valley by Chinese entrepreneurs who subsequently returned to China, is using light detection and ranging, or Lidar, to develop a remote sensing system, one of the core parts of autonomous-driving systems.

CEO Li Yifan and other U.S.-educated partners founded Hesai with investment from venture capital and Chinese search engine Baidu. Regarding Hesai's decision to leave the U.S., Li said China was the only place suitable for mass production of Lidar systems.

Hesai is hot on the heels of American company Velodyne Lidar, the world's largest maker of Lidar systems.

"The market will soon become a competition of scale," Li said, expecting competition with Velodyne. Hesai already operates a plant on 13,000 sq. meters in Shanghai to bolster production.

Though new-car sales in China decreased 2.8% in 2018 to 28 million units, the nation remains the largest auto market.

Before the EV wave, China knew that it would have taken years to catch up with Japan and the U.S. in the production of vehicles with internal combustion engines. But with the auto industry facing its biggest technological shakeup in 100 years, China sees electric vehicles and related technology as a way to overtake rivals.

China wants to become a major exporter of electric vehicles, as well as a major supplier of EV technology and materials including rare earth metals, which are crucial to the production of new-energy autos.

BMW is one of a number of foreign automakers that have taken notice. Praising China's EV production know-how, Chief Financial Officer Nicolas Peter told reporters at the Shanghai motor show that BMW will partner with China's Great Wall Motor to manufacture its electric Mini in China for global markets.

Meanwhile, American EV manufacturer Tesla is building a plant in Shanghai with an annual production capacity of 500,000 vehicle. As this figure is twice that of most other auto factories, many industry insiders say Tesla intends to export many of the cars produced there.

Beijing plans to end subsidies for new-energy vehicles in 2020, letting the market grow of its own accord. Tony Wang of IHS Markit said concerns remain about the strength of the new-energy market.

"But if China has a domestic annual market for 7 million new-energy vehicles in 2025, Chinese companies will have good chances of putting supply chains under their control," Murakami of Dongfeng Nissan said.