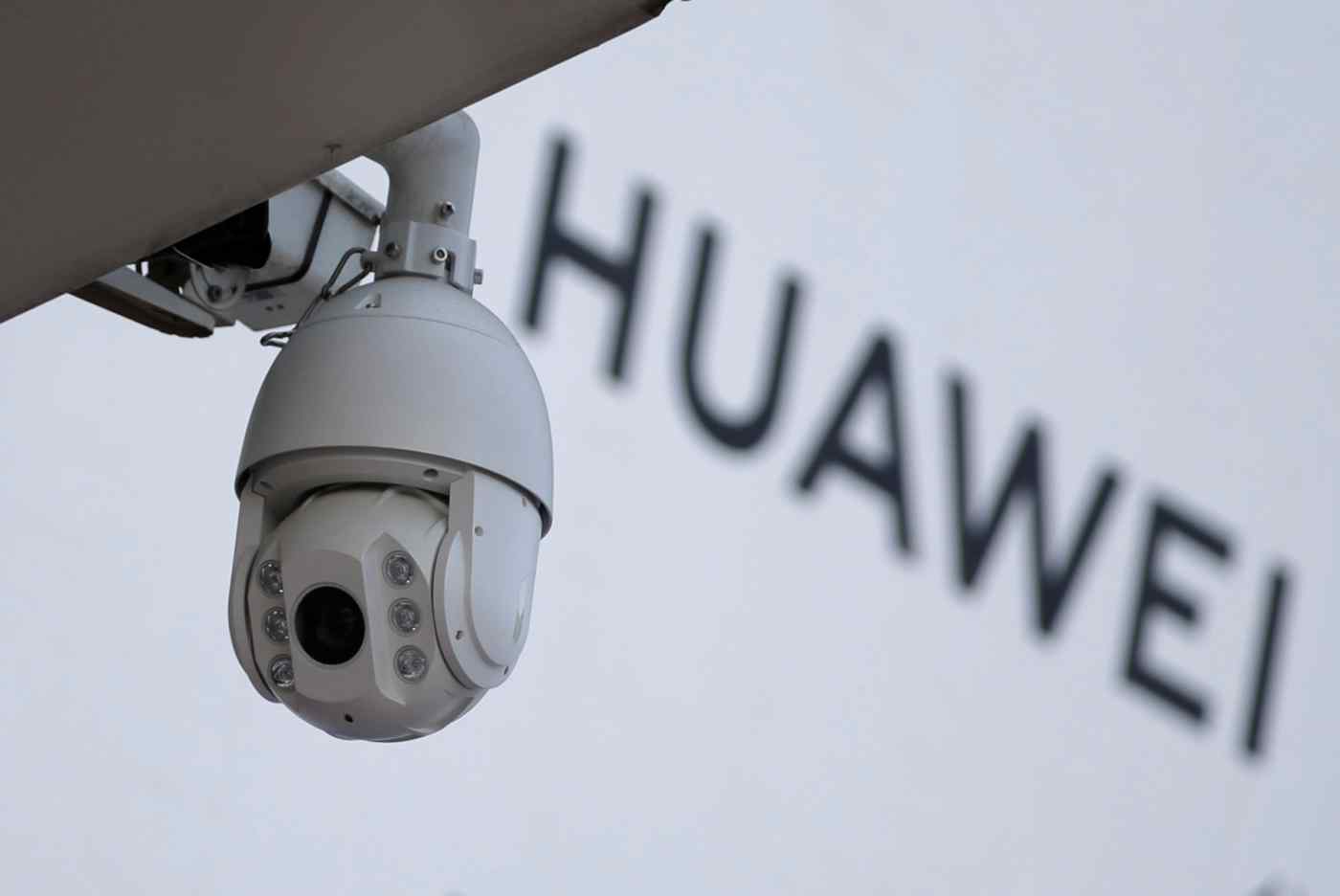 SHANGHAI -- The Shanghai Bund, a waterfront district with dozens of historic buildings from the late 19th and early 20th centuries, is a popular photo spot among newlyweds. But nowadays it is hard to get a shot without a security camera pole in the picture.

The area bristles with facial recognition cameras; images of jaywalkers and other lawbreakers immediately show up on LCD monitors attached to telephone poles.

Bulk orders by Chinese authorities have made Hangzhou Hikvision Digital Technology the world's top security camera company, prompting the U.S. to bar it from supplying cameras to U.S. customers under the National Defense Authorization Act.

City Brain has come to Shanghai. If the advanced monitoring system can work in the city, with its massive population of 24 million, it could work in any big city in China.

The system, developed by Alibaba Group Holding, combines the internet of things, data analysis, cloud computing and automation to enforce public order, and for other purposes, said a representative of the Shanghai Pudong Smart City Research Institute. 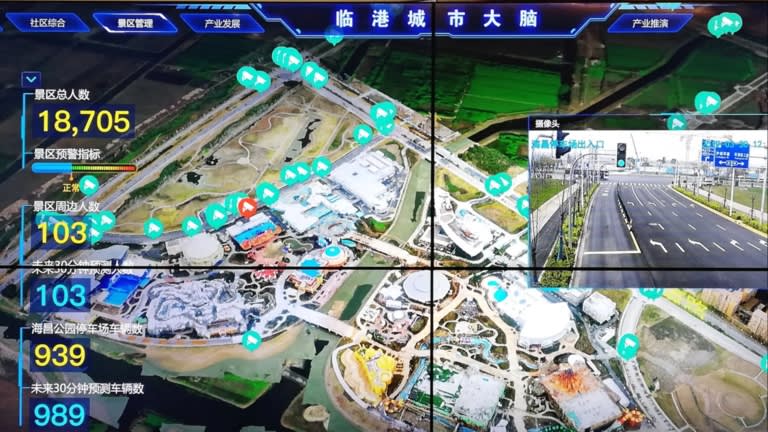 Shanghai's Harbour City has installed City Brain, a monitoring system that runs throughout the city. (Photo by Yusho Cho)

Harbour City is a 152-sq.-kilometer district on the southeast outskirts of Shanghai. It is 70 km from the city center and has a population of less than 100,000. Apart from the China Maritime Museum, a man-made lake and a park, there is little to see.

City Brain is up and running in Harbour City. According to documents from the district, monitoring is performed in three phases.

First, the system gathers data from about 1,100 facial recognition cameras installed in areas with heavy foot traffic, like the lake and the museum. A similar monitoring system was introduced in Hangzhou, southwest of Shanghai. About 1,700 cameras keep watch in central Hangzhou, a large city spread across more than 3,000 sq. km. The electronic eyes are more concentrated in Harbour City.

Along with fixed cameras, drones look down on a 74-sq.-km area, nearly half of Harbour City. More than 20 million images a day, including satellite images, are captured. The system also collects data on the use of buses, subways and UnionPay credit cards.

Second, City Brain tells authorities what is happening in a particular place. According to the documents, the system can identify events such as large crowds forming, the movement of trucks loaded with dirt or people dumping garbage.

In Hangzhou, those who park illegally, ignore red lights or cause traffic accidents are identified. Round-the-clock monitoring in the city has been replaced by artificial intelligence that uses deep learning to pick people out from image data.

Third, City Brain responds to changes in the environment, alerting police to an emergency or adjusting the timing of traffic lights when roads are packed with tourists, for example. A Harbour City representative said 90% of such events are detected automatically and reported to the relevant authorities.

It may also be possible to automatically fine traffic violators. A notice could be issued to the rule breaker's smartphone and the fine paid through a service such as Alipay with a single tap, or even withdrawn from an account automatically.

Facial recognition cameras and surveillance systems are not unique to China, and City Brain has also spread to Kuala Lumpur. But China's round-the-clock monitoring technologies and systems are more comprehensive.