Shenzhen in pictures: a former fishing village is transformed

Over a few decades, Hong Kong's neighbor has become a high-tech hub SHENZHEN -- On a weekday morning in late June, children stand outside the entrance to their elementary school in Shenzhen, Hong Kong's mainland neighbor. A line of gates equipped with facial recognition technology keeps out intruders and notifies parents via smartphone that their kids have arrived.

The facial recognition system was developed by Shenzhen-based internet giant Tencent Holdings and is just one example of the company's push to incorporate artificial intelligence into education.

A number of prominent schools in the city have introduced the system since last summer. Other high-tech tools measure students' ability to communicate in foreign languages and their skill at writing Chinese characters.

Shenzhen is home to numerous factories that churn out smartphones and other telecommunications equipment, helping China cement its reputation as workshop of the world.

After manufacturers began moving their operations inland in about 2010 in search of cheaper labor, Shenzhen had to learn to innovate. Alphabus is a self-driving bus that operates on public roads. It is equipped with 5G communication gear and radars to avoid obstacles. (Photo by Masayuki Terazawa)

Shenzhen, which was a small fishing village until the 1970s, was designated as China's first special economic zone in 1980. The city has since attracted talent from across the country, serving as a laboratory for the Chinese government's "reform and opening up" policy. 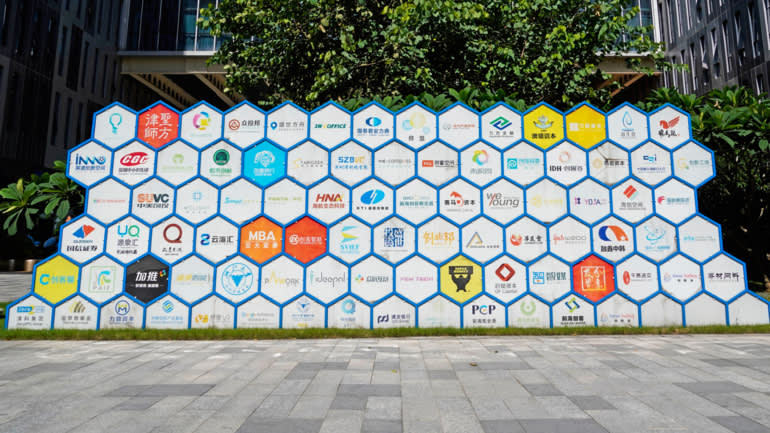 A sign at Shenzhen Bay Startup Plaza has the names of more than 80 young companies. (Photo by Masayuki Terazawa)

Shenzhen residents are relatively young and open to new technology, according to an official at Eleven Score, a convenience store that has no clerks. 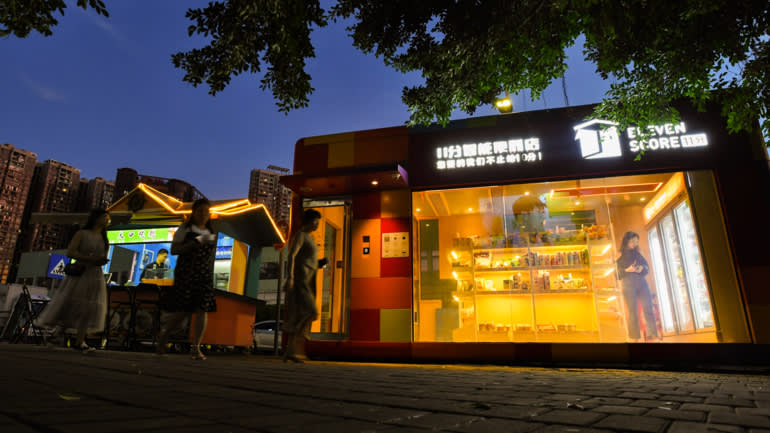 Eleven Score customers open the door to the shop and pay for their purchases with their smartphones. (Photo by Masayuki Terazawa) Products at Eleven Score convenience stores have IC tags. After customers have made their selections, they pay with their smartphones at automated checkout stands. (Photo by Kei Higuchi)

In addition to private-sector tech leaders such as Tencent and telecom equipment maker Huawei Technologies, Shenzhen has a vibrant startup scene. China's ability to innovate, which the U.S. is increasingly wary of, has not just stemmed from Beijing's policy support but from the creative energy of budding tech companies in Shenzhen and elsewhere.