TAIPEI -- Taiwan's Catcher Technology, a key supplier of metal iPhone casings, has agreed to sell two factories to a Chinese rival in a $1.42 billion deal that will deepen China-based suppliers' involvement in the Apple supply chain.

The deal will enable Hunan-based Lens Technology, a long time provider of iPhone cover glass and glass backs, to produce high-quality metal casing as well as gain access to some iPhone assembly know-how. This in turn is expected to boost Lens's competitiveness against domestic rival Luxshare-ICT, which also aims to break into the metal casing business. Both companies are attempting to carve out a bigger slice of the world's most complex consumer electronics supply chain.

"Fast-changing international dynamics and the change of our client's strategy, together with the continued price-cutting competition are the reasons we decided to sell the assets in Taizhou," Catcher spokesperson James Wu told a press conference at the Taiwan Stock Exchange on Tuesday.

"The reason we are divesting is to invest in areas with growth potentials in the future," Catcher Chairman Allen Horng told reporters. "Notebook computers, tablets, automobile electronics, 5G technologies and medical will be our focus later on," the chairman said in explaining the company's decision to pull out of the intensified competition in the smartphone supply chain.

The deal includes two factories and their equipment in Taizhou, in China's Jiangsu Province, and is expected to be completed before the end of this year. Catcher personnel stationed in Taizhou, including engineers, are not covered in the transaction, according to the company. 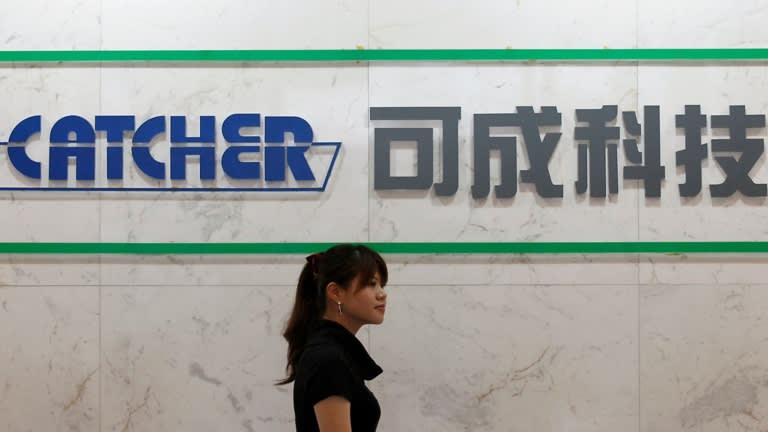 Catcher Technology of Taiwan is looking for new growth areas as competition in the smartphone supply chain heats up.   © Reuters

The $1.42 billion transaction marks the third consolidation within the Apple supply chain in a month after small Apple supplier Wistron sold its iPhone assembly factory to Luxshare, the Chinese version of Foxconn to strengthen its ties with the U.S. tech giant. Key iPhone assembler Pegatron announced last Thursday it will merge and delist its metal casing frame subsidiary Casetek Holding to better consolidate its resources and increase the group's ability to react to industry and geopolitical dynamics.

The deal with Lens comes after Luxshare's planned acquisition of the two plants fell apart in early June, multiple sources told Nikkei. Catcher had been in talks with Luxshare for more than a year, but the two parties could not reach a consensus regarding the final price, so the Taiwanese company turned to Lens, the sources said. Many engineers at Catcher have left the company to work at Luxshare and other iPhone suppliers in the past few months as the Taiwanese company has decided to withdraw from the iPhone business, multiple sources said.

Catcher still provides metal casings for MacBook computers as well as many other high-end laptops, including those of Microsoft, HP and Dell. The casing provider, based in the southern Taiwanese city of Tainan, is also seeking growth drivers in new areas such as smart medical solutions and casings for electric cars.

The widely used wireless charging feature, which requires a glass back instead of a metal casing, was another trigger for Catcher to exit the smartphone casing business. All flagship iPhones since 2017 have used glass backs to support wireless charging. Currently, Catcher builds metal frames and assembles them with the glass backs provided by Lens Technology and Biel Crystal, another China-based supplier.