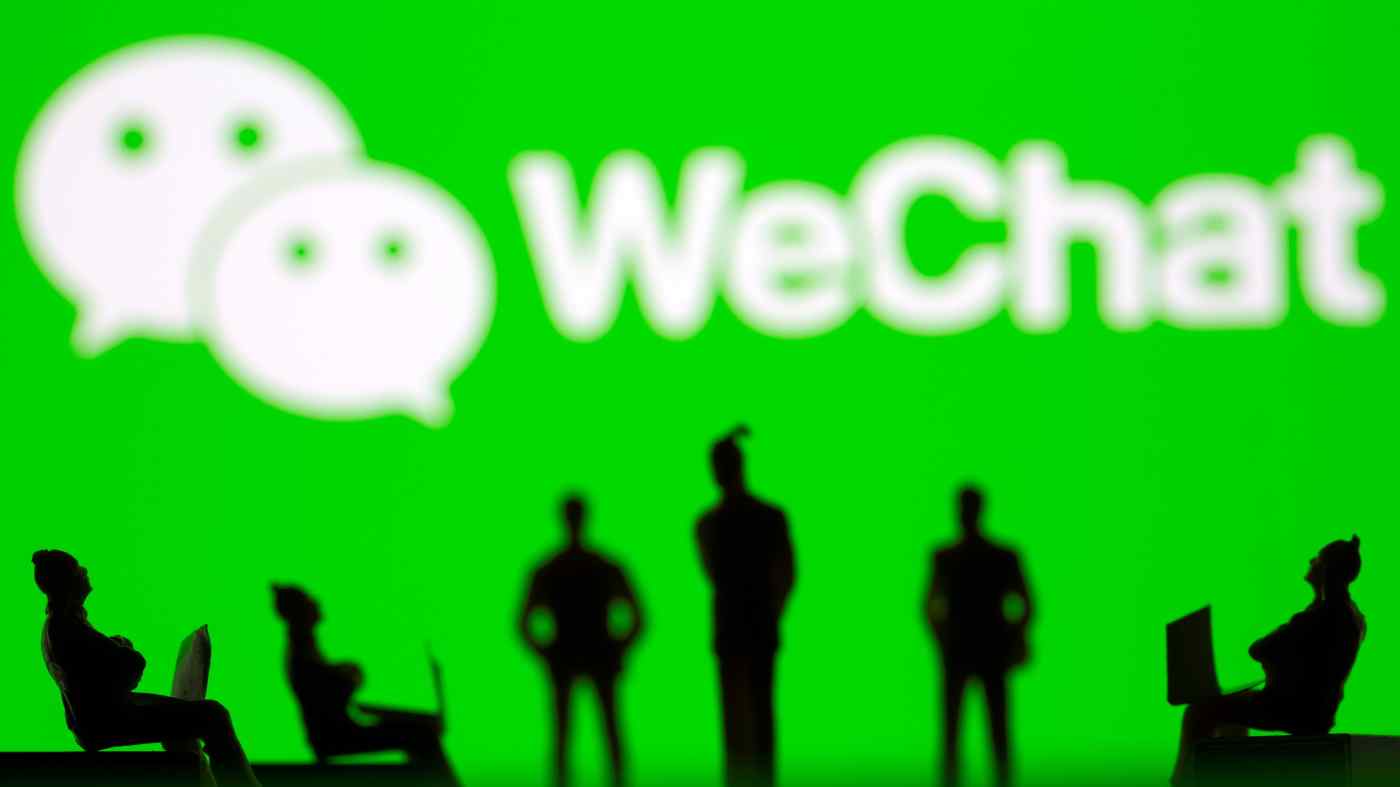 From Friday, WeChat will allow users to access links to rival services in private, one-to-one chats once they upgrade to the latest version of the messaging app, with further changes coming in phases.   © Reuters
September 17, 2021 21:11 JST | China
CopyCopied

China's big technology groups have historically prevented links and services by rivals from being shared on their platforms. On Monday, however, regulators said they were ordering firms to rectify this as the practice affected users' experience and damaged consumer rights.

The move is part of a broader regulatory crackdown on the industry that has wiped billions of dollars off the market value of some of China's largest companies.

WeChat said on Friday that it will implement the changes in phases, starting with allowing users to access links in private, one-to-one chats once they upgraded to the latest version of WeChat, although it would continue to follow principles such as preventing excessive marketing.

The plan will be carried out based on legal requirements and with the approval of regulatory authorities, it added.

"At the same time, WeChat will also actively cooperate with other internet platforms to implement this guidance and explore the technical possibilities of using WeChat services on other platforms, to achieve further interconnectivity."

Under the old practice, WeChat users were not able to click directly through links to e-commerce marketplaces such as Taobao and Tmall, which are operated by Alibaba Group.

Instead they would be asked to open the link in a browser like Safari, which many had found problematic.

Tencent has also restricted users from sharing content from ByteDance-owned short video app Douyin on WeChat and QQ, another Tencent messaging app. In February, Douyin filed a complaint with a Beijing court saying it constituted monopolistic behaviour. Tencent has called those accusations baseless.