Back by strong earnings, tech giant grows short video unit in challenge to Douyin and Kuaishou 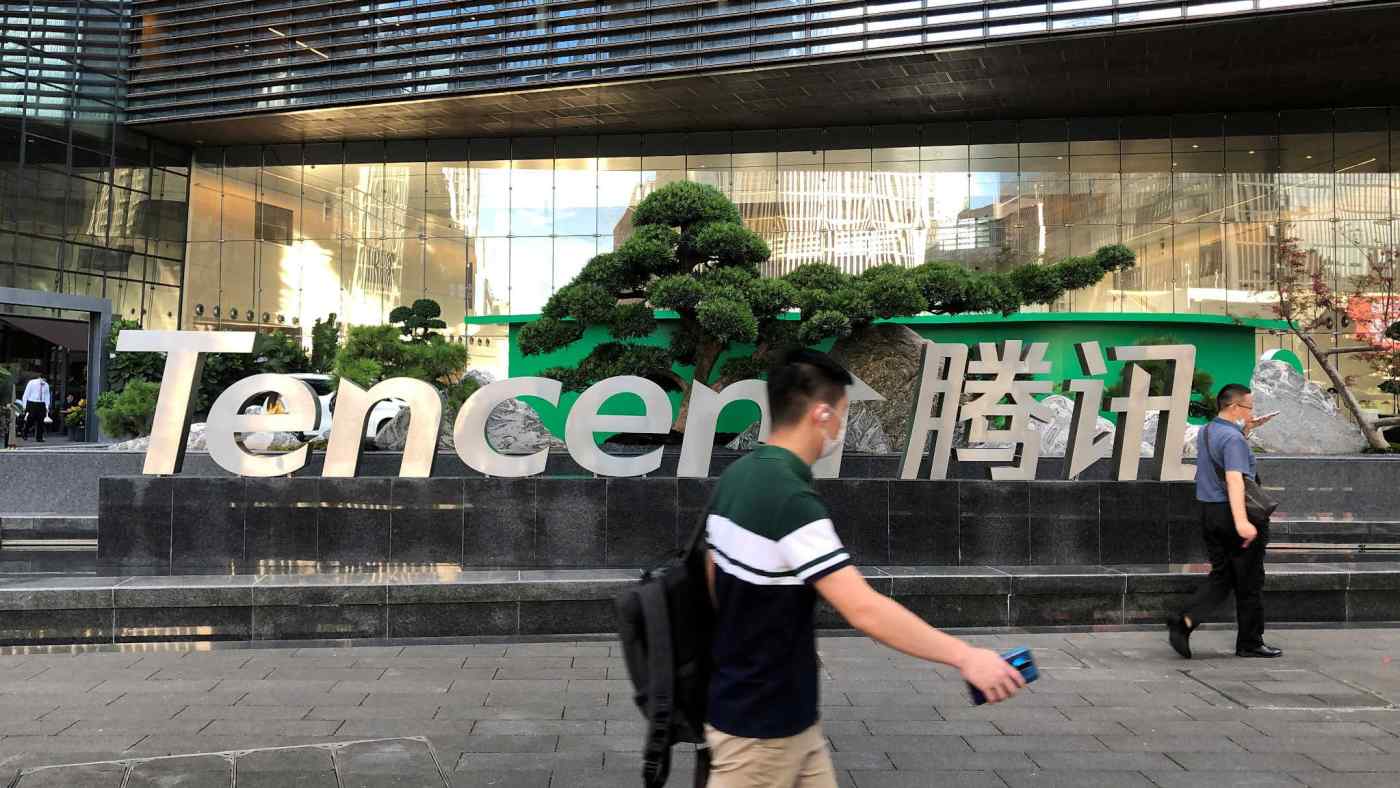 HONG KONG -- Chinese internet group Tencent Holdings has vowed to make its platform of a billion-plus users open to industry players -- including competitors -- as Beijing steps up an anti-monopoly crackdown aimed at big tech companies.

Tencent President Martin Lau told investors Wednesday that its platform is open to industry players and that collaboration with any big companies needs to be "mutually constructive," responding to media reports that Tencent will allow rival Alibaba Group Holding's Taobao marketplace to sell through its mini-program

"I would say our general principle is that we are open in nature, we have an open platform which encourages organic cooperation with other platforms," Lau said in an earnings call.

While stressing Tencent's openness, Lau emphasized its responsibility to protect user privacy and the need to prevent spamming of its users in any collaboration.

For months, Tencent has been targeted by Chinese regulators on multiple fronts, including investigations into alleged anti-competitive acquisitions, financial services, collection of personal information as well as its new community group-buying business.

The promise of openness came as the operator of popular social networking app Weixin posted better-than-expected annual results fueled by a pandemic-related jump in online gaming, socializing and working.

During the conference call, Lau also played down the effect of a media report that Chinese authorities urged the company to move its financial services business to a separate holding company that would be subjected to stricter regulations.

"From our understanding, the financial holding company in itself is neutral in nature. It does involve organizational change. It doesn't really impact the businesses," Lau said, adding Tencent's online financial business was already compliant before Beijing's recent actions against online loan practices.

Pony Ma, chairman and chief executive, said in the same conference call: "We will continue to work closely with the regulator and industry partners to deliver compliant fintech products while prioritizing risk management over scale." Tencent, along with other Chinese tech groups, was recently fined by Chinese for failing to report past investments in smaller companies.

"A different antitrust regime will not impact the desirability of us investing in and supporting startups and helping them to grow into bigger, better companies over time," he said.

Despite all the regulatory challenges, Tencent maintained stable growth of its core gaming business.

Online gaming revenue grew 36% to 156.1 billion yuan, driven mainly by players of Tencent's mobile apps that bring in three times as much revenue as PC users.

Meanwhile, Tencent also looks to capture the opportunity of the so-called videolization trend, where people spend more time watching videos for both entertainment and learning.

Tencent started its own short-video platform within Weixin last year, joining the competition with popular apps Kuaishou and ByteDance's Douyin. Lau said the unit saw "pretty healthy" growth in both users and engagement time, but refused to disclose specific numbers.

"We are very focused on building the ecosystem of content providers as well as the viewership," he said, "monetization is not too far a question for us to answer at this point in time."