BEIJING/SHANGHAI -- The U.S. targeting of video-sharing app TikTok threatens a wider setback for Chinese tech companies seeking global success by raising questions about the Communist Party's influence over domestic businesses and its access to personal data.

TikTok parent ByteDance has become one of the first global success stories in Chinese tech. The app counts 70 million users in the U.S., as well as 200 million in India and 10 million in Japan, according to Chinese media.

But its rapid rise has sparked scrutiny. The U.S. worries that TikTok poses a national security threat because Chinese network operators are required to cooperate with authorities on investigations under a cybersecurity law enacted in 2017. All organizations and individuals in China also legally must cooperate with state intelligence work.

Washington thinks this means TikTok and other Chinese apps hand over data on American users to the Communist Party. 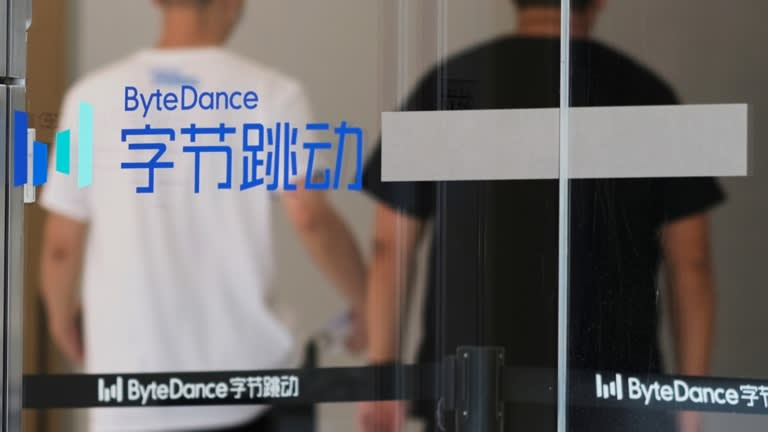 The Beijing offices of ByteDance, the Chinese company that owns the short video app TikTok.   © Reuters

"Could be their facial recognition pattern, it could be information about their residence, their phone numbers, their friends, who they're connected to," U.S. Secretary of State Mike Pompeo said Sunday on Fox News.

Microsoft is looking to acquire TikTok's operations in the U.S., Canada, Australia and New Zealand. President Donald Trump said Monday that TikTok will be banned in the U.S. unless Microsoft or another company buys it by Sept. 15. The president said he gave the Microsoft chief executive the "go ahead" for the acquisition over the weekend.

The U.S. and Japan have laws allowing governments to acquire personal information without the subjects' consent, though usually only to investigate crimes and terrorism.

But in China, the Communist Party's orders are absolute. Google considered re-enabling its search engine in the country two years ago. The idea fell through due to concerns within the company that doing business in China was a risk as long as its cybersecurity laws remained in place.

China put its so-called Great Firewall into full gear in 2006, censoring the internet within its borders, ostensibly for public safety. It blocked access to YouTube, Facebook and Twitter in 2009, just as these platforms were becoming ubiquitous, for posting content related to Tibet and the Uighur minority in the Xinjiang region.

Google's search and email services became unavailable in China in 2010 after the company refused to censor its content, and it was forced to downsize and move operations to Hong Kong and elsewhere.

Chinese President Xi Jinping, who took the reins of the Communist Party in 2012, further tightened online controls. He set up and led a party committee dedicated to internet security. The administration also published a draft for a new data security law in July that would impose stricter rules on companies for managing data.