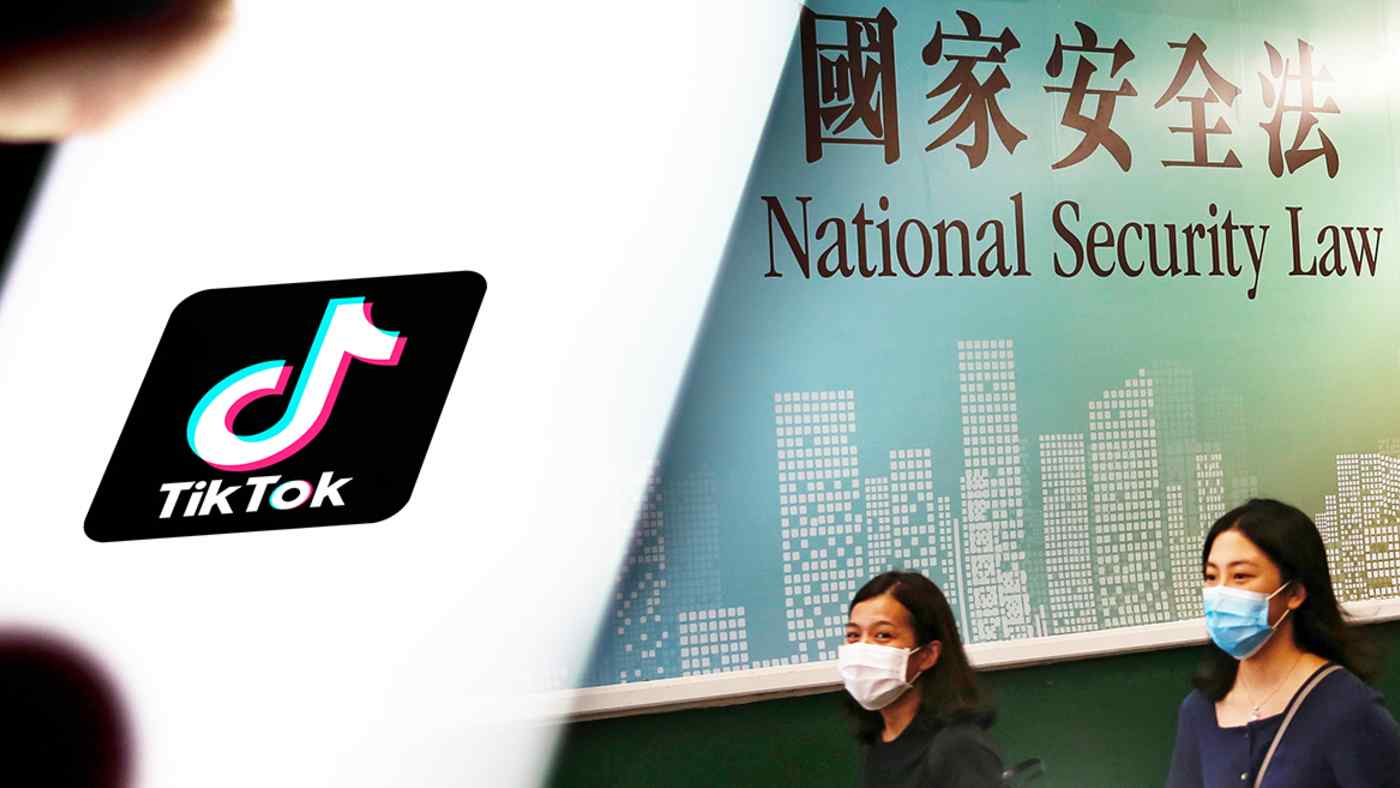 HONG KONG -- TikTok is to terminate its hugely popular short video app in Hong Kong within days -- becoming the first social media company to say it will withdraw one of its services -- days after Beijing implemented a new national security law in the territory.

More tech companies including Zoom also said Tuesday that they would "pause" data requests related to Hong Kong, following the lead of other social media platforms that have pushed back this week against the China-backed security law.

The withdrawal by TikTok, owned by Beijing-based entertainment upstart ByteDance, and statements from western groups including Facebook and Google show how tech companies have been caught up in political tension and business uncertainty since the implementation of the security law drawn up by Beijing last week.

"In light of recent events, we've decided to stop operations of the TikTok app in Hong Kong," said a spokesman for TikTok in an emailed statement on Tuesday. The statement did not say when the decision will take effect and TikTok, which has been China's first social media hit in overseas markets, remains accessible in Hong Kong for now.

In mainland China, ByteDance operates a parallel app called Douyin which mirrors TikTok in its features and style, but has separate content.

TikTok has been among the top three most downloaded free entertainment apps on IOS in Hong Kong since May, according to Sensor Tower, a market research firm.

Other tech groups have expressed concerns over how to treat requests made to them by Hong Kong authorities for user data.

Zoom, the U.S. teleconferencing company founded by Chinese engineer Eric Yuan, said on Tuesday that it has "paused processing any data requests from, and related to, Hong Kong" as the company supports the "free and open exchange of thoughts and ideas."

Meanwhile, Microsoft, which previously received "only a relatively small number of requests from Hong Kong authorities", told Nikkei that they are now "pausing" responses  as the company is conducting a review of the new security law.

The implication of such a push back remains to be seen. In 2010, Google was kicked out of China after refusing to censor sensitive matters on its search engine. Other western social media platforms such as Twitter and Facebook have also long been blocked by the Chinese government in mainland China.

Meanwhile, U.S. Secretary of State Mike Pompeo warned Americans against using TikTok as their private data could go into "the hands of the Chinese Communist Party" and said the Trump administration was "looking at" restricting such "Chinese apps" in an interview Monday evening with Fox News.

TikTok and 58 other Chinese apps were banned last month by India, TikTok's most important market, amid border skirmishes between the two countries.

Data security has become a widespread concern among companies in Hong Kong following the national security law. A poll conducted in June by Hong Kong-based industry group Society of Publishers in Asia found that 55 percent of its surveyed members said they would consider moving their data operations out of the territory.

Among those who said they were considering moving operations, corporate domicile, journalists or data, the leading choice was Taipei, with 41 percent, followed by Singapore at 36 percent, according to the survey.