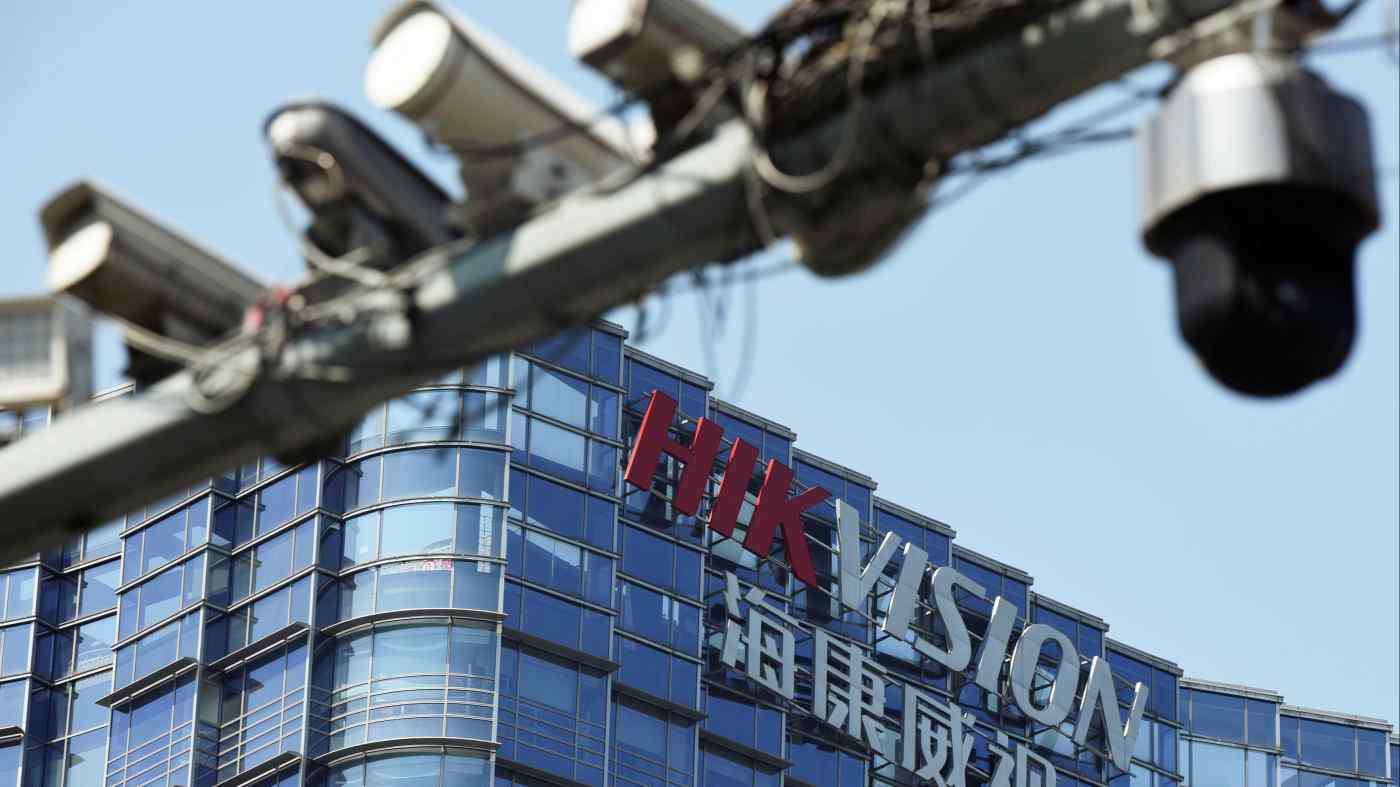 BEIJING/TOKYO -- Hikvision and Dahua Technology, China's two leading manufacturers of surveillance cameras, have quickly recovered from a revenue hit caused by U.S. sanctions as demand grows from corporations adopting measures to contain the spread of the coronavirus.

Orders jumped for cameras equipped with infrared sensors and powered by artificial intelligence. Not only do the surveillance systems track movement of employees, they also perform temperature checks at the entrances of factories and offices.

The government led by President Xi Jinping is pushing the dual circulation strategy that will make the country less dependent on the U.S. and other foreign markets. The growth of Hikivision and Dahua, which are tapping domestic demand and cultivating new businesses amid U.S. sanctions, will be a big boost to this campaign.

When it comes to surveillance cameras per 1,000 residents in major metropolitan areas, Chinese cities stand ahead of the rest the world by far, according to a report released this summer by British research company Comparitech.

Backed by this brisk demand, Hikvision, the nation's largest security camera manufacturer, posted sales of 17.7 billion yuan ($2.7 billion) in the July-September quarter, an increase of 12% on the year.

In the first quarter of the year, revenue dropped 5% due to the impact of the pandemic. The top line number bounced back to a 6% gain in the second quarter, attaining the double-digit surge in the third quarter.

Dahua, ranked second, recorded 6.3 billion yuan in revenue in the third quarter, a 13% jump in revenue compared with a year earlier. The net profit swelled 2.2 times to 1.4 billion yuan.

For the first three quarters of the year, both Hikvision and Dahua saw sales recover to more or less the same level as prior to the U.S. sanctions.

On the other hand, the two companies did not fare well in regions where the sanctions are in effect or infections are rising. Based on first half data, Hikvision counts 30% of its sales from overseas while Dahua makes 40% of revenue offshore. Demand is not recovering in India in particular, according to Hikvision.

The global market for security systems, including surveillance cameras, is expected to shrink this year compared with 2019, according to a research company's outlook reported by Chinese media.

Chinese makers dominate share rankings, but they are in stiff competition with global rivals. Rivals include Sweden's Axis Communications, which was purchased by Japan's Canon in 2015, as well as Germany's Robert Bosch, Motorola Solutions in the U.S., and Panasonic.

For Chinese manufacturers, frictions between the U.S. and China in the high-tech field has been a reason for concern. In August last year, the U.S. banned government agencies from procuring products from five Chinese suppliers, including Hikvision and Dahua.

This was in response to the defense authorization bill passed in August 2018. It has been alleged that the Chinese government could employ the banned equipment for surveillance purposes.

Furthermore, U.S. government agencies were banned this August from procuring from private companies that use equipment from the five blacklisted Chinese suppliers. Last month, U.S. President Donald Trump released an executive order banning U.S. investment in Hikvision and other companies identified as linked to the Chinese military.

Hikvision has revealed that U.S. sanctions have had a negative impact on business, and that earnings in U.S. operations have underperformed year-earlier results. However, the company envisions no serious supply chain problems.

"Because we are able to use products from many semiconductor companies, there are presently no worries," said Huang Fanghong, a senior vice president at Hikvision.

The key to maintaining growth will be developing new businesses, as well as tackling regions that are installing surveillance cameras. Hikvision is targeting eight innovation areas for concentrated development, including robotics, autonomous vehicles and household services. The segment collectively made 4.4 billion yuan in sales in the third quarter, up nearly 50% from a year earlier.

Dahua announced in October that it will provide a wide range of services through a strategic collaboration with a state-owned enterprise in China's Henan Province. The partnership touches on 5G communication and big data, among other technology.

On Tuesday, Dahua hosted an online trade show that featured new technology for Europe, the Middle East and Africa. Hikvision is also introducing surveillance systems in Europe and in Argentina.