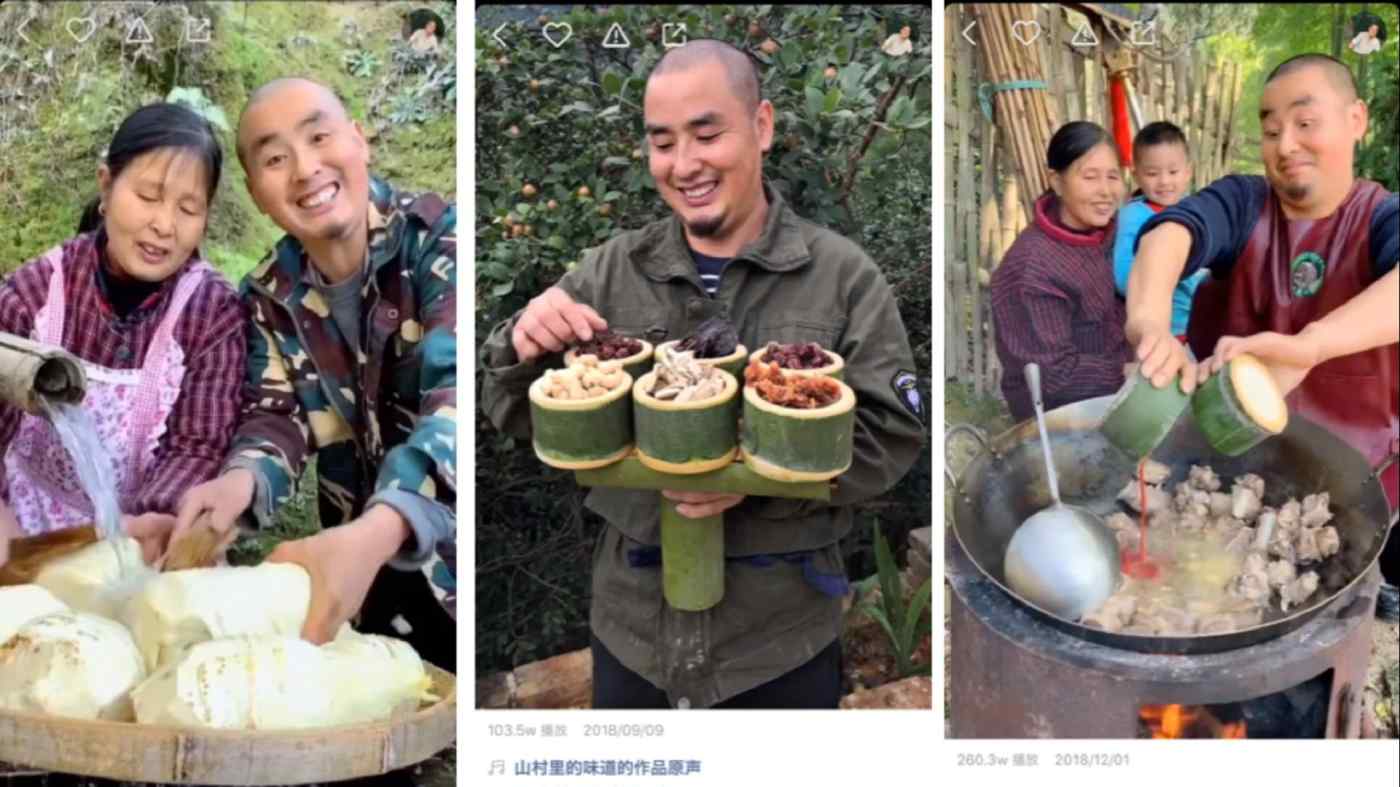 BEIJING -- In a village in the mountains of China's Jiangxi Province, 41-year-old Jiang Jinchun has garnered a following of 1.5 million people with his videos of moments from everyday rural life -- picking tea leaves, for instance, or cooking fish caught in a nearby river.

"I bet you've never seen such a fine bamboo shoot," he says in one clip.

Jiang broadcasts on Kuaishou, a platform for sharing short videos that has taken China's countryside and smaller cities by storm. Though the app from Kuaishou Technology is low key compared with ByteDance's TikTok service, it boasts 700 million users -- 200 million more than its rival.

In response to an outpouring of demand from viewers, Jiang offers products such as tea and bamboo shoots via Kuaishou that he previously could sell only through local markets, giving his income a substantial boost. More than 16 million people made money last year through Kuaishou, known as Kwai outside China.

The app is more widely used than other platforms in China's so-called second- and third-tier cities, and is popular among the over 40% of the country's population living in rural areas, who are often poorer and less educated than city dwellers.

This popularity comes down to Kuaishou's ease of use. When opened, the app displays just three buttons, making it easy to navigate even for users who are less smartphone-savvy. TikTok, by contrast, has an interface cluttered with buttons and video information.

"People can post videos even if they can't write," said co-founder Yang Yuanxi. This low barrier to entry has helped Kuaishou take off among farmers, factory workers and truck drivers.

Short-video apps have surged in popularity in recent years. TikTok is available in 150 countries, and in China -- where it is known as Douyin -- it has become a major player in social media alongside services such as microblogging platform Weibo.

Though Kuaishou trails far behind TikTok in name recognition internationally due to its focus on China, it ranked ninth among the country's unicorns last year with a $20 billion valuation, according to online media company ITjuzi. Kuaishou has received funding from internet giant Tencent Holdings.

TikTok's rise "hasn't had much impact, based on our data," Yang said. "Our products' direction and our audiences are different."

With the market as a whole growing, the two services can coexist over the long term, he said.

Kuaishou does not charge users to watch videos, instead making most of its money from advertising.

It recently delved into e-commerce as well, letting businesses and content creators like Jiang sell products through the app and collecting fees for the service. "Social commerce," in which influencers and the like tell their followers about products, is common in China, and short videos are an increasingly popular medium for it.

The platform's popularity among rural audiences may explain its many videos of people showing off construction equipment, and Sany Heavy Industry -- China's top player in the field -- uses it for marketing. As Kuaishou monetizes its massive user base, it could pursue more such partnerships with companies that want to cultivate previously untapped inland markets.

Both Kuaishou and TikTok use artificial intelligence to keep users watching. More than one-quarter of Kuaishou's 4,000 Chinese employees are engineers involved in data analysis, processing the app's 15 billion daily views to determine what videos should be recommended to each user.

Unlike on TikTok, where videos featuring big-name influencers or flashy dances can rack up views quickly, Kuaishou's algorithm intentionally steers users away from videos once they reach a certain number of hits. This is intended to give regular people who otherwise would have trouble getting attention a chance to rise in the rankings.

The AI picked up on young urbanites' interest in seeing a taste of rural life, Yang noted.

The best part of Kuaishou is "seeing something unexpected go viral," he said.