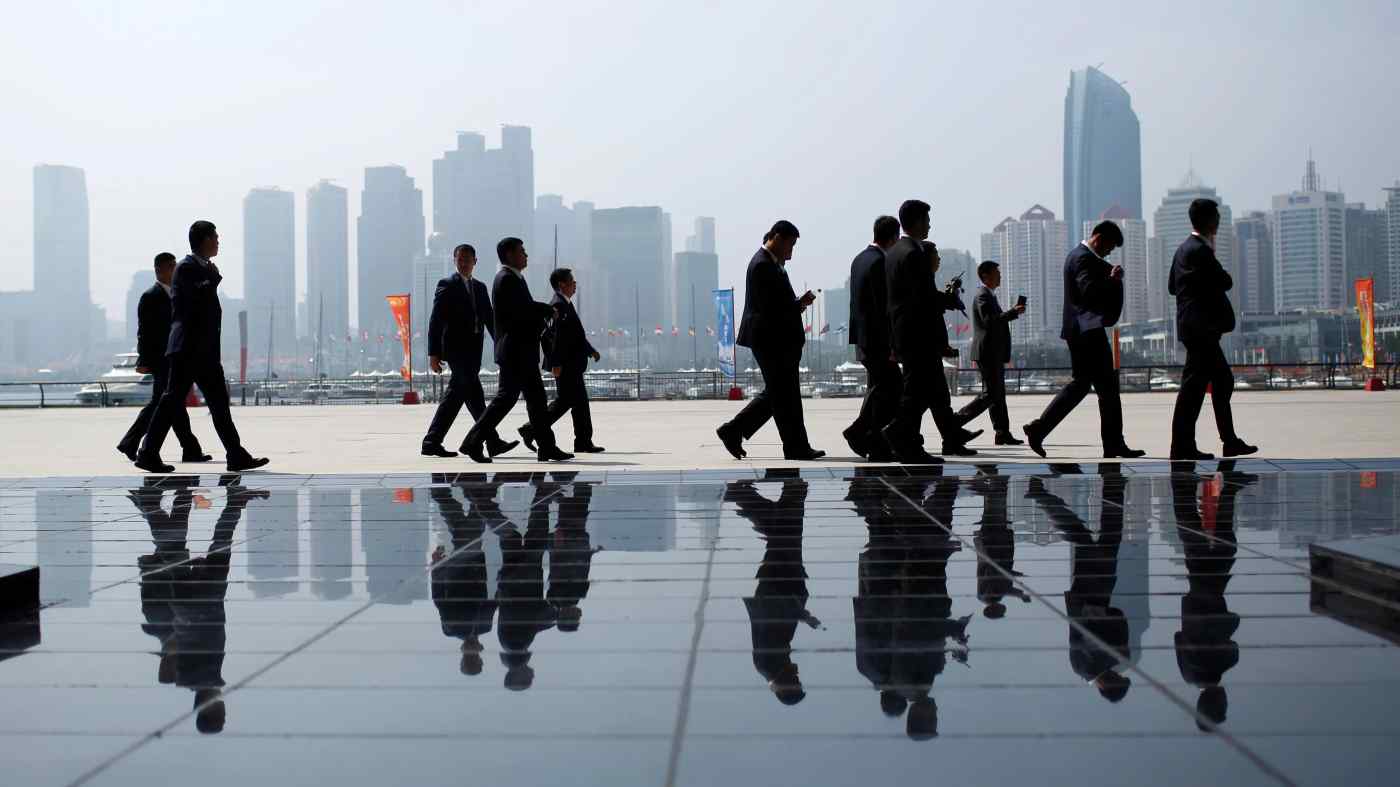 HONG KONG -- China's information technology companies, among the most sought-after workplaces for the country's top talent, are rushing to streamline their workforces as the nation's economy slows.

Shockwaves rippled throughout China's tech sector when news broke on March 19 that Tencent Holdings will demote 10% of middle managers for falling short of expectations.

"Ten percent is the goal for now," President Martin Lau said on March 21, confirming the reports.

More than 200 individuals will be affected, according to local reports. Industry players are stunned that such a prominent company had to reorganize its staff to stay competitive.

Tencent's technology empire is centered around its WeChat messaging app, which boasts about 1.1 billion users, and extends into games, online advertising and more. But WeChat is now struggling to find new users, while the cash-cow game operation faces headwinds in the shape of tougher government regulations. Many Chinese tech companies have been reducing staff since late last year. Used car sales platform Renrenche let go of staff throughout the country at the end of 2018, which has led to legal action by those laid off. Since February, reports have emerged that major players such as online game provider NetEase and JD.com, the country's second-largest e-commerce platform, have also been cutting staff.

The industry is so shaken that in a bid to reassure stakeholders, Alibaba Group Holding CEO Daniel Zhang issued a statement last month ruling out layoffs at the e-commerce giant.

Most of these companies were catapulted to success by China's enormous domestic market, and remain heavily dependent on those consumers. Even Tencent, one of the biggest names in the country, is believed to earn less than 10% of its income abroad.

This means they are heavily exposed to China's economic slowdown. Growth in the country's real gross domestic product fell to a 28-year low of 6.6% in 2018, and the official target for this year is between 6% and 6.5%.

There have been fewer job openings, too. The number of jobs listed on online platform Zhaopin dropped 20% on the year in the October-December period. While this is not as dramatic as the 51% plunge in July-September, it still represents the third straight quarter of declines.

"Recruiters used to contact me all the time," said one developer at an online game company in Guangzhou. "But the game industry has been in a rut since last year, and now I rarely get invitations for new jobs."

The government is working to alleviate the situation. "An employment-first policy will be pursued with full force," Premier Li Keqiang said at his annual report to the National People's Congress earlier this month. Beijing is planning to take 100 billion yuan (about $15 billion) out of the unemployment insurance fund in order to retrain more than 15 million workers and help them find new jobs. It is also giving back 50% of employment insurance payments made by companies that will not conduct layoffs in 2019.

But none of these measures will necessarily improve the employment picture unless technology companies get back on their feet. "Winter is here for China's IT and internet industry," an industry source said.