ZTE snaps back from US sanctions with fivefold profit jump 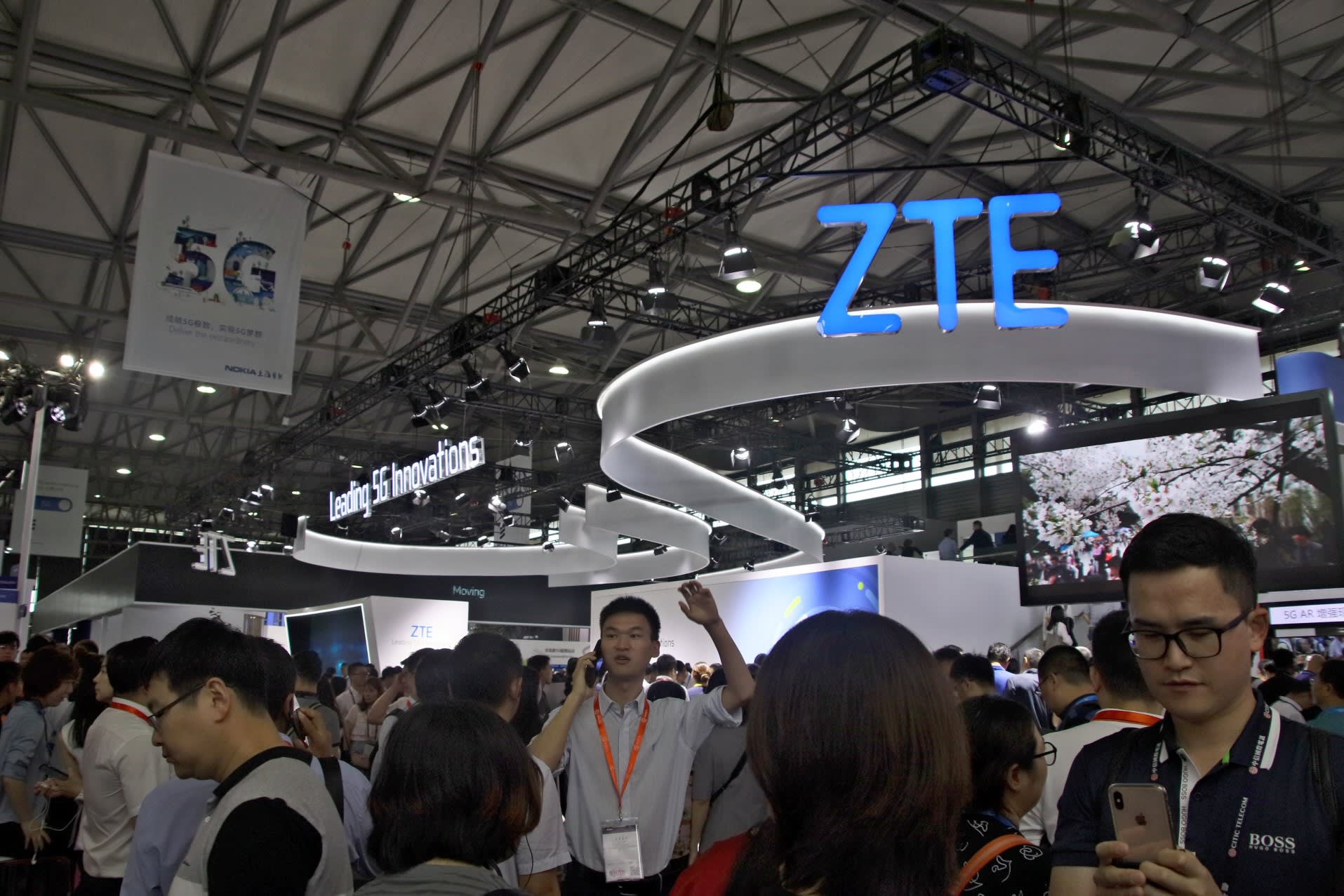 A ZTE exhibition in Shanghai. The major Chinese telecom gear maker has sold 5G base stations throughout Asia and Europe. (Photo by Takashi Kawakami)

GUANGZHOU -- Chinese telecommunications equipment maker ZTE is regaining its footing after a heavy blow from U.S. sanctions in 2018, reporting Monday that net profit surged 370% on the year to 2.66 billion yuan ($376 million) for the July-September quarter.

Revenue increased 1.6% to 19.6 billion yuan. The company enjoyed solid demand for 5G base stations largely in China, as well as in other Asian countries and Europe. It had contracts with 35 companies toward deploying 5G technology as of the end of September, up from 25 at the end of June.

ZTE was forced to suspend operations after the U.S. banned American businesses from supplying semiconductors to the company between from April to July last year, citing illegal transactions with Iran and North Korea.

ZTE paid a $1 billion fine to have the sanctions lifted and logged a net loss of 6.9 billion yuan for 2018. It has enjoyed steady performance so far this year.

But Washington remains wary of Chinese telecom-related companies like ZTE and Huawei Technologies. It is urging allies to freeze equipment made by them, and further pressure from the U.S. could deal a blow to ZTE's earnings.