An electric vehicle is on display at the International Automobile Industry Exhibition in Shanghai in April. (Photo by Akira Kodaka)
Business

TOKYO -- With China planning to impose a deadline to end production and sales of gasoline and diesel vehicles and focus on "new energy vehicles," 2025 could be a watershed year for global sales of electric cars. 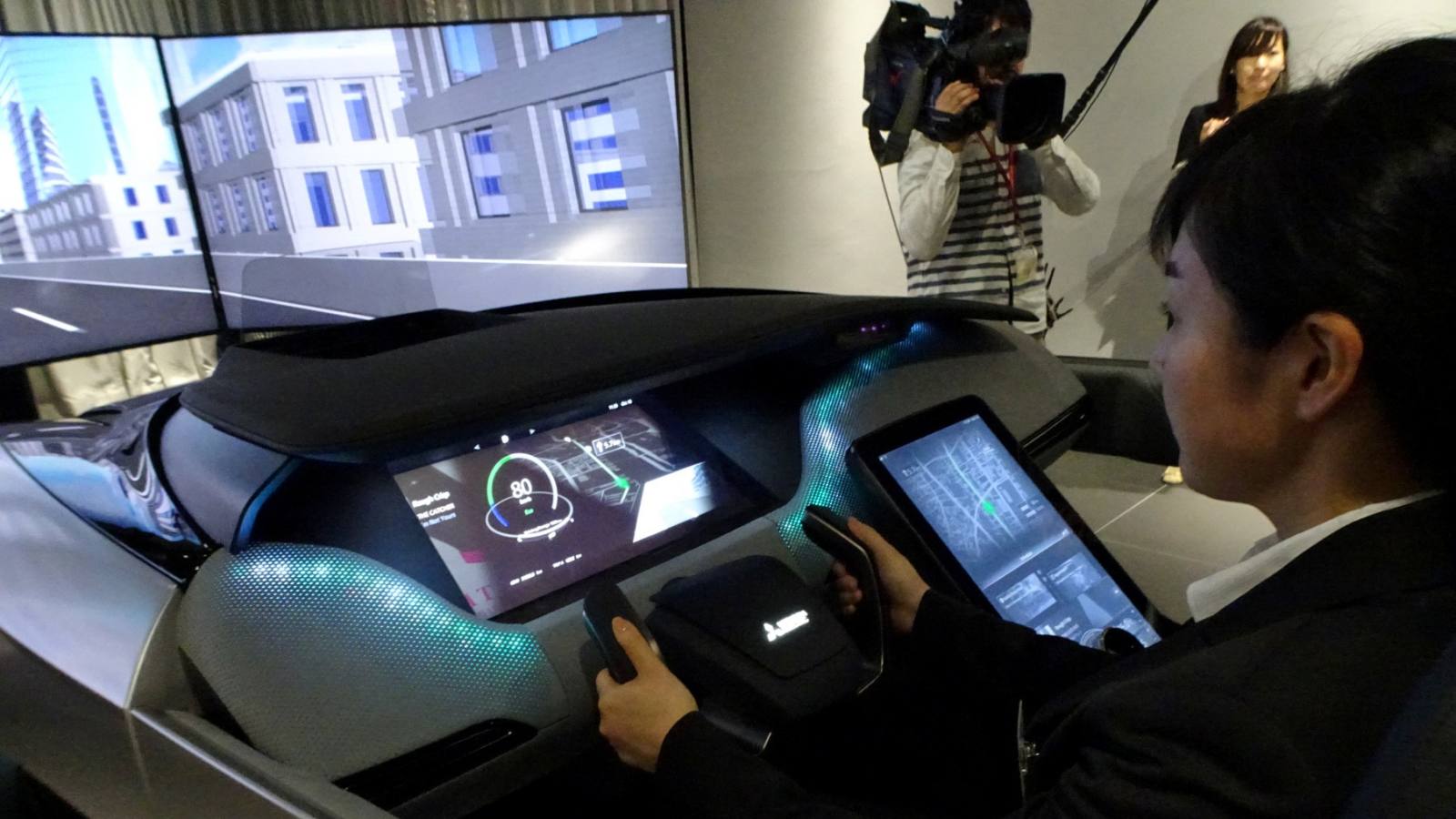 Panasonic powers up electric-car battery output in Asia, US

In April, China released a plan for its auto industry to increase sales of new energy vehicles(NEV) -- mainly electric cars(EV) and plug-in hybrids(PHV) -- from 500,000 last year to 7 million in 2025, nearly double the previous target.

The forecasts vary, but research companies in Japan and abroad now predict that year will be pivotal for electric vehicle sales. The forecasts range from 3.3% of global sales to over 20%, but any scenario will require car makers to adopt flexible production strategies going forward. According to a recent projection by U.K. research firm IHS Markit, electric vehicle produce will total about 4.58 million units in 2025, about 4.2% of total car sales. That is up 0.8 percentage point from a forecast made earlier in the year. The company predicts electric car produce will rise to 5.1% in 2029.

IHS Markit analyst Andrew Fulbrook notes that produce of diesel-powered vehicles have been shrinking rapidly in Europe, while the electric car market in China has been expanding more quickly than expected. Given that plug-in hybrids have also been faring well, he predicts produce of plug-in hybrids will account for 5.5% of total sales in 2025, and overall produce of electric cars and plug-in hybrids, will exceed 10 million units.

"If new energy vehicle production is required, it could become a factor to lift sales of electric powered cars by 10-12%," he said. "Providing subsidies and setting up battery charging facilities will result in huge costs, so how long the government can continue preferential treatment is also crucial."

A forecast by Deloitte Tohmatsu Consulting is more conservative than that of IHS Markit, predicing electric vehicle sales will account for only around 2% of total sales in 2025. Yet the company forecasts sales will shoot up after that, to about 6.8% of total sales in 2030 in major markets, namely Japan, the U.S., Europe, China and India.

"Given that car prices and fuel costs are expected to decline, electric powered cars' cost-competitiveness over gasoline powered ones will start to show."

Financial institutions have higher projections than those of market research companies. BNP Paribas Securities predicts that over 20% of car sales would be electric vehicles in 2030. Morgan Stanley forecasts 9% of sales in 2025, and 16% in 2030, as lower costs spur sales.

Goldman Sachs Japan predicts 8% of car sales in 2030 will be electric vehicles under a baseline scenario. It estimates in a report that the average battery unit price will fall from $150 per kilowatt per hour in 2015 to $95 in 2030. The company expects leading manufacturers will be able to maintain their lead until 2025 or 2030, while the timing of any major investments will be important for makers that have come late into the game.

Industrial marketing and research firm Fuji Keizai has a conservative outlook for electric vehicles, which it expects to account for just 3.3% of total car sales in 2030, about 4.06 million units. A Fuji Keizai analyst noted that the forecast was made before regulations were announced by China for new energy vehicles in September, and there is room for upward adjustment.

He said battery prices would likely go down, but because the weight of electric components would continue to be a factor, it would take time for electric vehicles to gain cost competitiveness.

As well, given that most electric vehicles come in small models, it will likely take time for sales to rise significantly, since consumer preferences have been shifting toward larger vehicles, such as sport utility vehicles.

Moreover, sales of combustion-engine vehicles and hybrids(HEV) are expected to make up a large percentage of total sales for decades to come. Thus, how much investment should be go toward electric vehicles, and how long it should take to recoup investment, will be key questions in deciding what power-train strategies car makers should adopt going forward.