TOKYO -- More vacation-room brokers are popping up in Japan. Most appear to be operating without official government permission but with tacit approval due to the soaring number of foreign visitors. 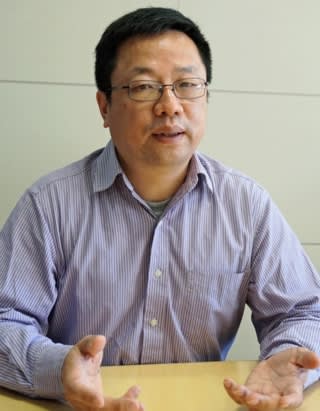 If you're thinking of Airbnb, you're on the right track. But Chinese companies with the same business model are also tapping the Japanese market. Jack Zhang, co-founder and chief executive of Jian Yun Network Information Technology (Shanghai), which runs the Zizaike website, recently told The Nikkei about his plans to capture more of Japan's vacation rental market.

Q: What do you make of Japan's minpaku market?

A: I have the impression that Japan's strict regulations have prevented operators from quickly responding to new opportunities. However, as far as the business is concerned, Japan has a positive environment. There are plenty of vacant apartments now that the population has aged and fewer babies are being born.

In addition, farmers and fishermen in Japan's smaller towns have historically rented spare rooms to travelers. In light of this, Japanese people must be open to these kinds of arrangements.

Meanwhile, many Chinese tourists are visiting Japan. They are willing to spend money. So the vacation rental market, thanks to the Japanese disposition in this regard, is expected to grow rapidly.

Q: What are your company's prospects in Japan?

A: We have been in the vacation rental business in Japan since 2014. The number of our users in fiscal 2016 doubled to about 20,000, coinciding with a surge in foreign visitors to Japan. More than 90% of these arrivals have been from China, Taiwan and Hong Kong.

Now we have customers from different parts of the world, but 60% of them come from mainland China. As of April, we had 14,000 rooms across Japan, up about 2,000 over the past year. It seems that more than half of the rooms are also posted on Airbnb.

Q: Japan has seen a hotel construction boom. How do you plan to distinguish yourself from the traditional hospitality industry?

A: Conventional hotels that provide standardized services both at home and abroad may be suitable for groups, but private lodgings offer variety. I think more people are choosing to travel on their own.

First-timers may choose hotels for security, but I expect those who have come to Japan before and want to have a unique experience will choose private lodgings.

We have rooms in smaller towns as well as in Tokyo and Osaka to cope with repeat visitors.

Q: How do you plan to narrow the gap with Airbnb, which has about 50,000 rooms in Japan?

A: We focus on East Asia, which has the greatest potential in this market. We have set up a Japanese unit to support Chinese who are not used to traveling overseas.

About 40% of our hosts are Chinese living in Japan. The website can be translated mechanically, but some Chinese have difficulty speaking Japanese or English. They find it comfortable if they can communicate in Chinese while overseas.

Our payment system is what makes us competitive. Chinese prefer all-inclusive rates, so we only take fees from our hosts. Airbnb also takes fees from the guest. Our service is also convenient for corporate customers because we issue official receipts required to settle expenses in China.