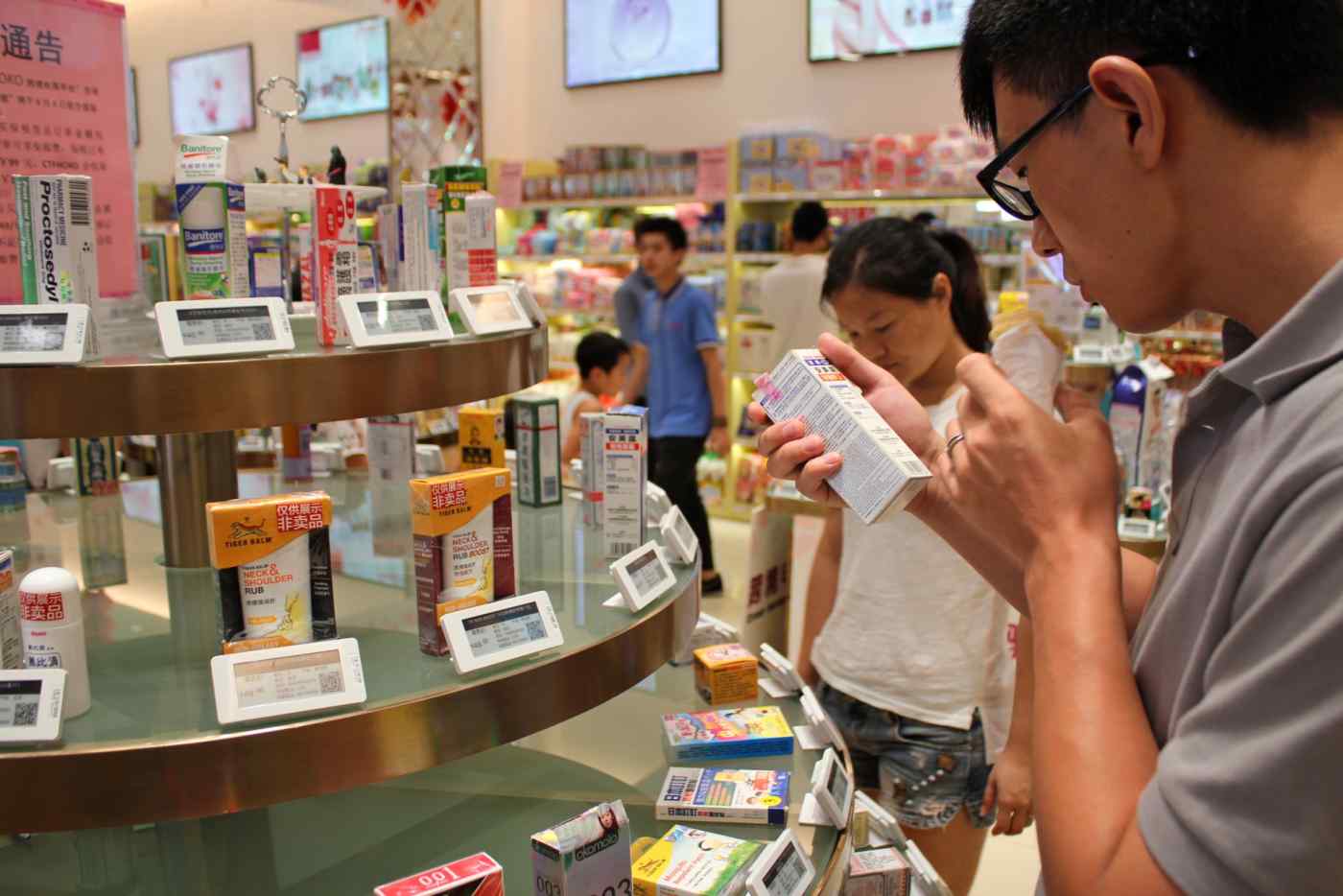 TOKYO -- Chinese shoppers, once known for their "explosive" buying habit, are spending less in Japan. But their appetite and admiration for Japanese goods has not died down -- it just shifted online.

Song Lei, a 33-year-old banker in Dalian, Liaoning Province, loves shopping overseas. She has visited Japan three times and spent over 2 million yen ($19,864) while shopping there, including a Canon single-lens reflex camera and a Panasonic rice cooker.

But these days she thinks it is "absurd to go all the way to Japan just to shop." This month, she bought Japanese cosmetics and detergent online.

The shift is prompted by a tax change the Chinese government introduced in April. Under the new system, Chinese shoppers pay zero tariffs, up to a certain value, on goods purchased on cross-border e-commerce sites. They pay 30% less in other taxes than when they import those goods through ordinary routes.

"Next time, I won't be taking home a heavy load of souvenirs," Song said. "Instead, I will simply enjoy Japan with my family."

China's middle-class consumers such as Song are increasingly spending their holiday overseas -- about 100 million go abroad every year. Their spectacular shopping appetite has spawned a buzzword here, bakugai, or explosive buying.

Their per capita shopping in Japan, however, started to fall this year. The yuan's depreciation against the yen is partly to blame, but the main reason appears to be the growing popularity of relatively low-cost, easy-to-use cross-border e-commerce sites in China. 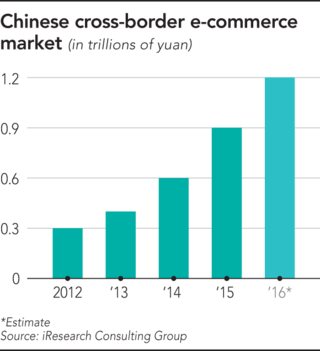 According to iResearch Consulting Group, a market research company, the size of China's cross-border e-commerce market expanded 50% year-on-year to 900 billion yuan ($134 billion) in 2015. It is expected to reach 1.2 trillion yuan this year.

Both Japanese and Chinese businesses are keen to take advantage of the strong interest in Japanese goods among Chinese consumers. Japanese goods are high quality, and many of them are popular in China, said Daniel Zhang, CEO of Alibaba Group Holding, the leading Chinese e-commerce company, at a conference in Tokyo back in May.

Alibaba, which controls 50% of China's e-commerce market, had been courting Japanese companies to set up virtual shops on Alibaba's international shopping website, Tmall Global. But many have been reluctant. At the conference, Zhang again invited some 200 businesses present to join its platform.

Recruit Lifestyle, a unit of Recruit Holdings and a major provider of integrated human resource services in Japan, spotted an opportunity and got on board. The company thought many of the country's small and midsize businesses on its own e-commerce site, Ponpare Mall, had given up trying to sell to overseas consumers because of a lack of know-how and means.

To fill the gap, Recruit Lifestyle began creating a framework allowing those businesses to sell their goods on Alibaba's shopping site. It translates product descriptions into Chinese taking into account local customs, settles payments and delivers goods, all on behalf of the sellers. By mid-August, 30 kinds of goods such as cosmetics were put up on Tmall Global.

U.S. online retail giant Amazon.com too sees opportunities in such a vast and promising market. Jasper Cheung, head of Amazon's Japanese unit, has instructed his employees to speed up efforts to adapt its website to Chinese shoppers.

Chinese shoppers' access to the Amazon Japan site has been soaring, Cheung said. The move came as the company saw a growing number of so-called carriers, people who receive goods from Amazon Japan and carry them to China for delivery to the buyers. To cope with the trend, Cheung in June launched a Chinese version of Amazon Japan's website. It is Amazon's first Chinese website operated outside China. A few million goods are listed on the site, with reduced delivery fees designed to counter carriers.

Online retailers are gearing up for Singles' Day in China on Nov. 11, when single men and women go online and splurge on spoiling themselves. The event is the single-largest boost to online shopping in the year.

Askul, which sells office supplies and a variety of other goods in Japan and on Tmall Global, held a product briefing in Shanghai in June. There, the head of Askul's global e-commerce division was overwhelmed by popular local bloggers lobbing questions at representatives from Rohto Pharmaceutical and Shiseido about their makeup and other products.

"I tried this essence and it worked on my spot," one blogger wrote after the event.

The marketing power of such bloggers, some of whom have over one million followers each, should not be underestimated. Askul duly shipped over 500,000 makeup products to China for this year's Singles' Day. "We won't miss out on the chance," the Askul official said.